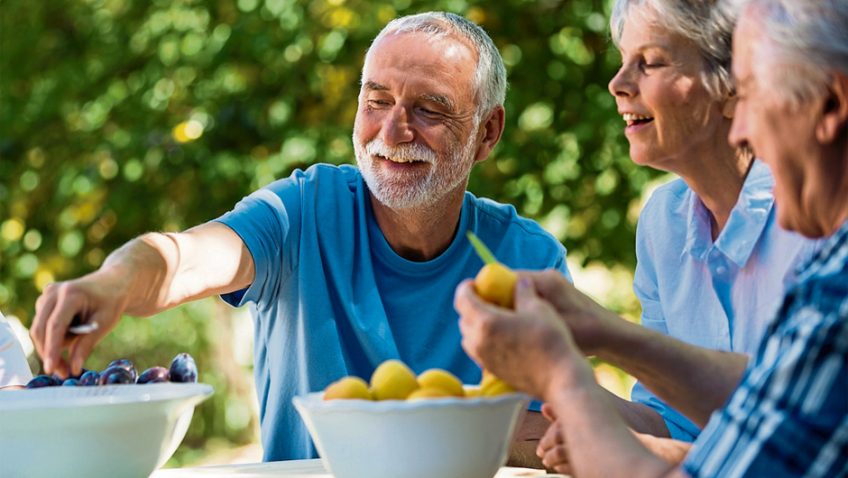 According to a UN report on World Population Ageing of 2015 for the first time in history, residents of high, middle, and low-income countries are likely to live to 60 years of age and beyond. Longevity is one of the greatest achievements of our modern era — the United Nations calls it one of the most significant social transformations of the 21st century.

But the success story of longer lives is a worthless prize if the quality of those lives is compromised because of poor health and a loss of autonomy. To ensure that people of all ages, but particularly older people, can do what they value, national health care systems must be able to respond to those with age-related chronic conditions such as type II diabetes to ensure timely access to education, screening, and appropriate treatment.

UK patients are living longer but have an increasing number of conditions as they age, which in turn is adding to the burden on care providers, according to a major new study. The Global Burden of Disease study analysed more than 300 conditions affecting people living in 188 countries between 1990 and 2013. It was led by the Institute of Health Metrics and Evaluation at the University of Washington in the US and was co-authored by Dr Ivy Shiue, a senior researcher at Northumbria University.

During the 23-years of the study, UK males gained 6.2 years of life expectancy. But only 4.7 of the extra years were considered to be spent in good health whilst women gained 4.4 years, with 3.3 of these years considered to be healthy.

The Office for National Statistics says that the average life expectancy for women in the UK is currently 82.8 years, compared to 79.1 years for men.

However, the researchers identified the fastest-growing leading causes of health loss for British men as diabetes, Alzheimer’s and diseases of the sense organs, such as vision and hearing loss. For women, they were Alzheimer’s disease, lower back and neck pain and lung cancer.

“Progress in health does not mean fewer demands on health systems,” noted the study authors in The Lancet.

Their findings reinforce previous warnings about the increasing pressure facing the parts of the NHS that focus most on long-term conditions in older patients, such as primary and community care.

That means people are living longer — but spending more of that time with illness.

Life is likely to last longer if it has a purpose and seems worthwhile, new research suggests.

When it comes to life, the importance of quality trumps quantity. What good are more days to live if the days aren’t spent living in happiness?

According to the study, the past 13 years has seen improving treatments for communicable diseases like HIV/AIDS, malaria, maternal, and children’s diseases. But people continue to be plagued by noncommunicable illnesses, and increasingly so.

In fact, the number of years spent ill from certain diseases including heart disease, stroke, respiratory infections, back and neck pain, and road injuries actually increased between 2005 to 2013.

Are we making ourselves sick?

Many of the conditions that are spoiling our later years are a result of bad habits and not taking enough care of our health.  Should we therefore be taking more responsibility for keeping ourselves fit.  We often take more care of our cars than we do of our own bodies. I recently spoke with Dr Riccardo Di Cuffa, Director and GP at Your Doctor who advised:

“At any stage of life, it is important to keep healthy and happy. Drinking water, eating well, regular exercise and getting plenty of rest is usually the key to sustaining the best possible lifestyle. This becomes more apparent as we age. Here are ways to help you retire healthily: