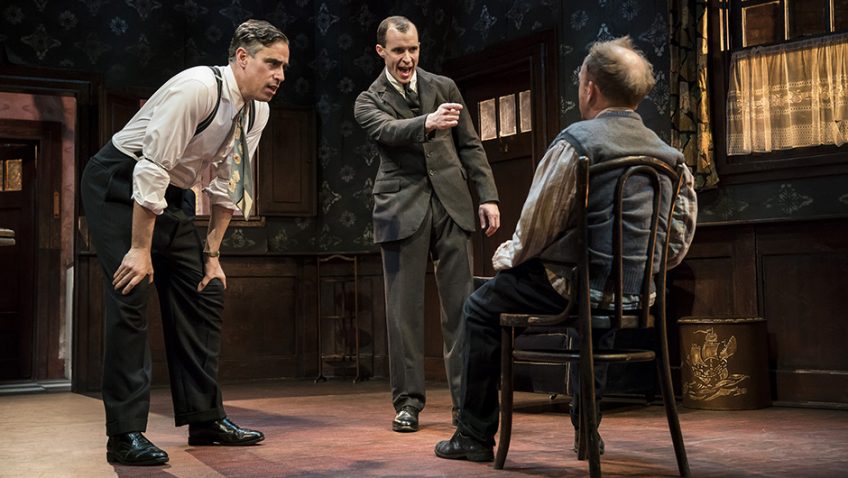 Harold Pinter’s important advice: Don’t let them tell you what to do!

The daily critics gave The Birthday Party such a terrible press at its London premiere at the Lyric, Hammersmith in 1958 that it closed the same week it opened.

The day after it had closed theatre critic Harold Hobson in The Sunday Times came to its rescue: “I am willing to risk whatever reputation I have as a judge of plays and say that Mr. Pinter possesses the most original, disturbing and arresting talent in theatrical London.” 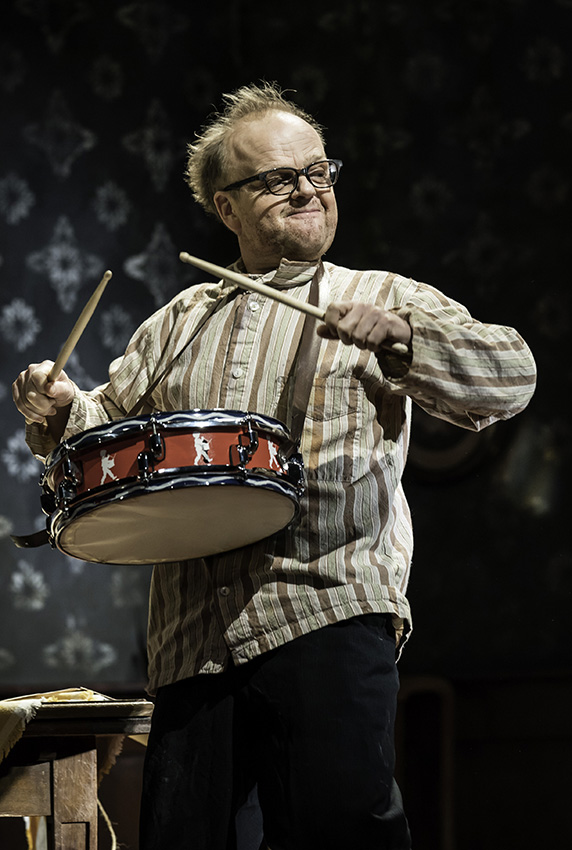 Toby Jones in The Birthday Party

It is a salutary thought that had Hobson not praised the play, Pinter might have been lost to the theatre. It was a near thing. Hobson, who had missed the press night, only saw the play at the urging of theatrical agent Peggy Ramsay.

The present revival with an all-star cast is directed by Ian Rickson who has already successfully directed revivals of Pinter’s Betrayal and Old Times.

Stanley Webber (Toby Jones), a former concert party pianist, who lives in a seedy seaside boarding house, is visited by two sinister men, Goldberg and McCann, a Jewish/Irish Catholic double-act, who interrogate, humiliate and brainwash him before carting him off in a black limousine.

We never find out what Stanley has done; nor do we learn who his tormentors are. They behave as if they were two hit men in a B movie; but they could just as easily be two malevolent male nurses taking Stanley back to the asylum. The line of demarcation between those who are to be locked up and those who do the locking up is thin.

Pinter has said that there are two sorts of silence. One, when no word is spoken. Two, when perhaps a torrent of language is being employed as a smokescreen for what we don’t hear.

The Birthday Party is built on such silences. Goldberg and McCann’s brutal verbal assault on Stanley has religious and political connotations and is a surreal and Kafaesque parody of a Gestapo interrogation.

Goldberg (Stephen Mangan) is self-satisfied, outgoing, confident, but he grows less confident as time goes on and wants his partner to give him the kiss of life by blowing in his mouth.

One of the main pleasures of the production is listening to Mangan, who, with his hair slicked back, doesn’t looks like Mangan at all. He is totally in command of the Pinteresque idiom, delivering the characteristic non-sequiteur phraseology with relish.

McCann (Tom Vaughan-Lawlor), a defrocked priest, edgy, all buttoned-up, who in moments of stress, tears newspapers into neat strips.

Pinter said that he had based Stanley on a man had met in a seaside boarding house when he was a jobbing actor in weekly rep. The man lived in the attic and played the piano on the pier.

Toby Jones’s slovenly, unprepossessing Stanley, transformed into a nasty little boy with a toy drum, is unexpectedly aggressive and seemingly quite capable of murder and rape.

The boarding house is run by the simple-minded Meg (Zoe Wanamaker) who has maternal and carnal feelings for Stanley. She is scared stiff that at any minute somebody might cart her off in a wheelbarrow.

Her husband (Peter Wight), who looks after the deckchairs on the beach, tries to protect Stanley but quickly backs off when he too is threatened with the loony bin.