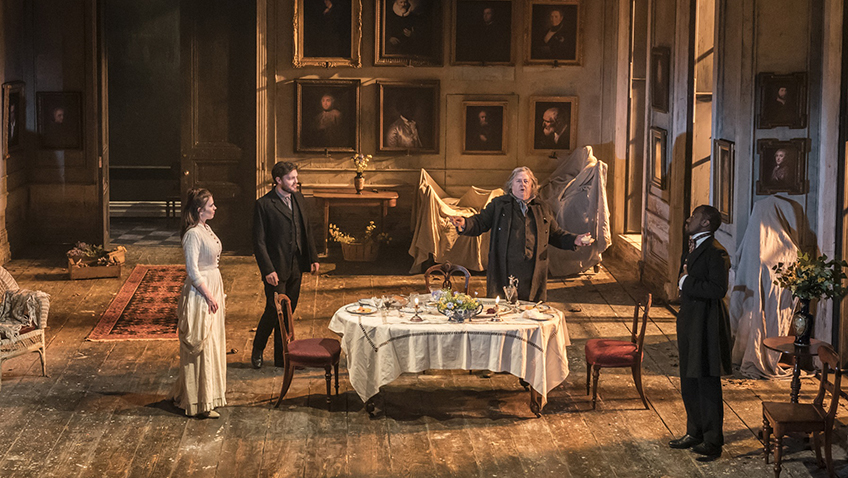 Ibsen’s Rosmersholm gets a rare and welcome revival

August Strindberg declared Henrik Ibsen’s Rosmerholm was “unintelligible to the theatre public, mystical to the semi-educated but crystal clear to anyone with knowledge of modern psychology.”

The play, published in 1886 and much admired by Freud, was a failure throughout Europe at its premiere and has never been popular.

The critics at its London premiere in 1893 found it dreary, ineffectual, obscure, unwholesome and nasty, and dismissed the characters as unnatural morbid monsters. Complex and flawed, especially in the last act, it is liable to sink into melodrama; but not in this revival. 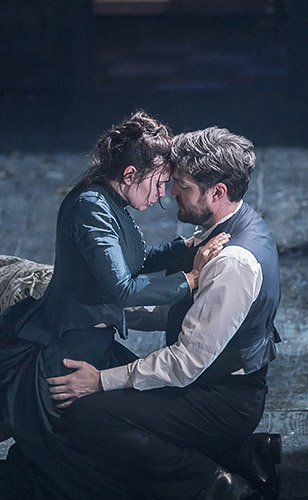 Ibsen was inspired by the political revolution in Norway in 1884 when there were serious clashes between the traditional conservatives and the liberal freethinkers and socialists.

He was strongly critical of the way politicians and the scandal mongering Press acted during elections. The criticism is as timely as ever.

Rosmer (Tom Burke), a former pastor and widower, has abandoned his faith. Weighed down by his aristocratic heritage he seeks a new morality and freedom. He looks to a time when there will be harmony and truth in politics, with everybody working together.

Rosmer, indecisive and passionless, is a sexual and political innocent. Rebecca West (Hayley Atwell), an emancipated woman, thinks she can inspire him; but they are both products and victims of the nineteenth century and the truth about their relationship, so long suppressed, kills them.

Burke and Atwell rightly underplay and do exactly what Ibsen asks: “No declamations! No theatricalities. No grand mannerisms. Express every mood in a manner that will seem credible and natural.”

Giles Terera is impressive as Kroll, an emphatic bigot, who doesn’t want women and the working classes to have minds of their own.

Peter Wight is Ulrik Brendel, the itinerant philosopher, turned tramp and drunkard, who, bankrupt of money and ideals, is on the cadge and always prefers a booze-up to lecturing.