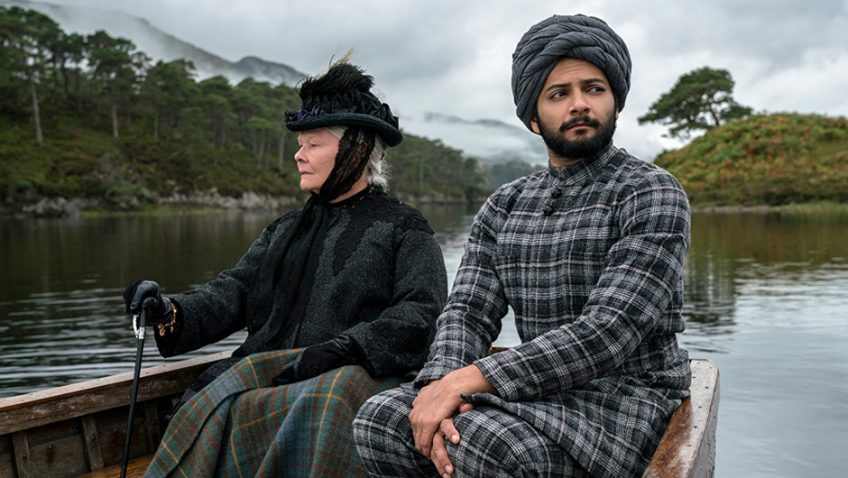 We are amused: A charming light-weight costume drama

Victoria & Abdul (Universal) is a companion piece to Mrs Brown. Judi Dench plays the Queen again, this time taking a shine to a handsome young Indian clerk (Ali Fazal) whom she appoints to be her munshi (teacher of Indian language and culture) much to the stuffy, snobbish and racist fury of her son Bertie, the court and government. Bertie (Eddie Izzard) even threatens to have his mother certified insane if she doesn’t send the Indian packing. The special relationship between the shrewd old queen and the decent Indian makes for a charming light-weight costume drama. Stephen Frears directs.

Lady Bird (Focus Features) is about a very strained mother/daughter relationship, two clashing egos. Adolescence is a bad time for parent and child; and even more so when the parents are in financial difficulties. The high school daughter (Saoirse Ronan) behaves appallingly and knows it. She is not likeable. But then Mum (Laurie Metcalf) is a good argument for those who believe, as Bernard Shaw did, that parents are the worst people to bring up children. Greta Gerwig’s sentimental, girly film, very much a woman’s picture, will ring a lot of bells. The ladies are up for awards.

Wind River (Sony). FBI agent (Elizabeth Olson) and Wild Life Tracker (Jeremy Renner) join forces to find out who murdered a Native American in Wild River, an Indian Reservation in Wyoming. Everything about the film – script, acting, direction, editing and pace – is bad. The one good thing is the wintry snowy landscape, the vast empty spaces and the dense forests which are reached only by snow-scooters. There are two major scenes of violence, both over the top; the one outside the cabin is just silly and the one inside an extremely crowded cabin will bring back memories for many of the classic Mark Brothers farcical scene inside a ship’s single cabin in A Night at the Opera.