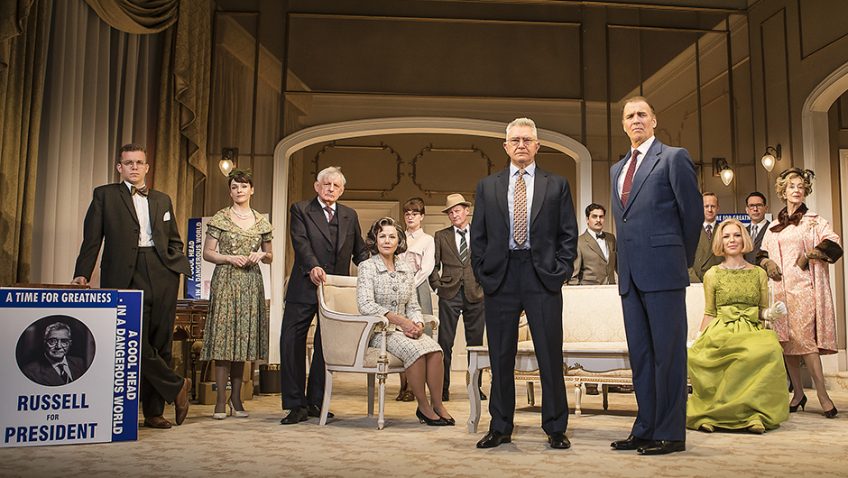 With Donald Trump in The White House, this is a particularly good moment to be reviving Gore Vidal’s play.

The Best Man, which premiered in New York in 1960 with Melvyn Douglas in the lead, has been regularly revived in America during election years ever since. It is a period piece which doesn’t date. Henry Fonda played the lead in the 1964 film version. 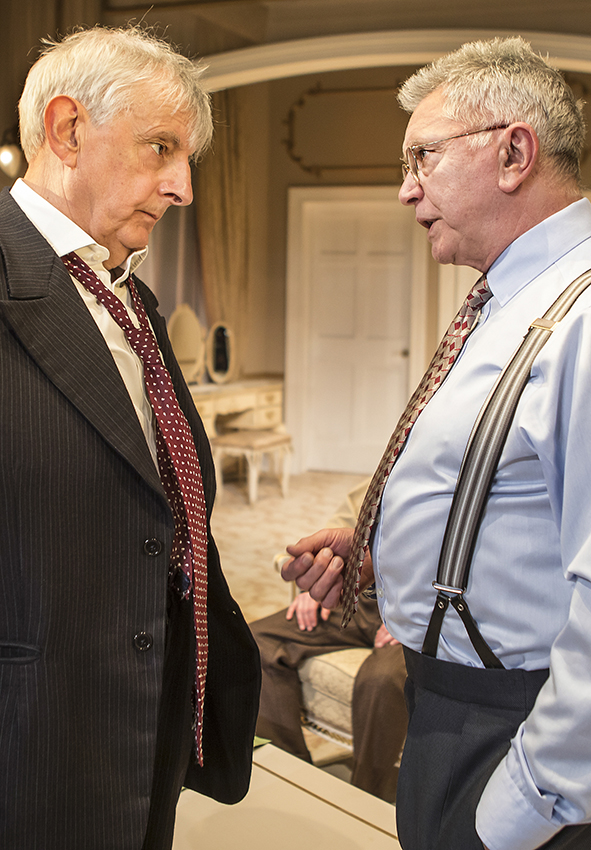 Jack Shepherd and Martin Shaw in The Best Man

The time is a forthcoming election. The setting is a Party Convention in Philadelphia to choose the man who will run for President. The question is how far are the contestants willing to go to gain power? In 1960 the contestants were John F. Kennedy and Lyndon B. Johnson.

Gore Vidal (1925-2012), political commentator, public intellectual, novelist and essayist, famed for his epigrammatic wit, was born into a political family and stood for office twice. He writes with the authority of an insider.

Martin Shaw is well cast as the intellectual candidate, a man of principle, a role, which has its roots in Adelaide Stevenson, the great President the USA never had.

Jeff Fahey is well cast as the ruthless rival, prepared to go to any dirty length to get the nomination. His role has traits of Bobby Kennedy Senator McCarthy and JFK.

Both men need the endorsement of the ex-President, a man who enjoys nothing better than a dirty, low-down, ugly political fight. He is played by Jack Shepherd who steals every scene he is in.

The political campaigning, the mud-throwing, the corrupt deals, the smears and the blackmail all make for good popular theatre and will appeal to audiences who enjoy The House of Cards and West Wing.

Since the nomination is to be fought on personalities rather than policies, the question the play asks is whether “the good man” is the best man or whether “the bad man” in fact has the very qualities needed in a President.

Bertrand Russell said “people in a democracy tend to think they have less to fear from a stupid man than an intelligent one.” Actually, it is the other way round.

The Best Man, efficiently directed by Simon Evans at a good pace, means the tension as to who is going to win is maintained until the very last minute. The twist is as surprising as it is right.