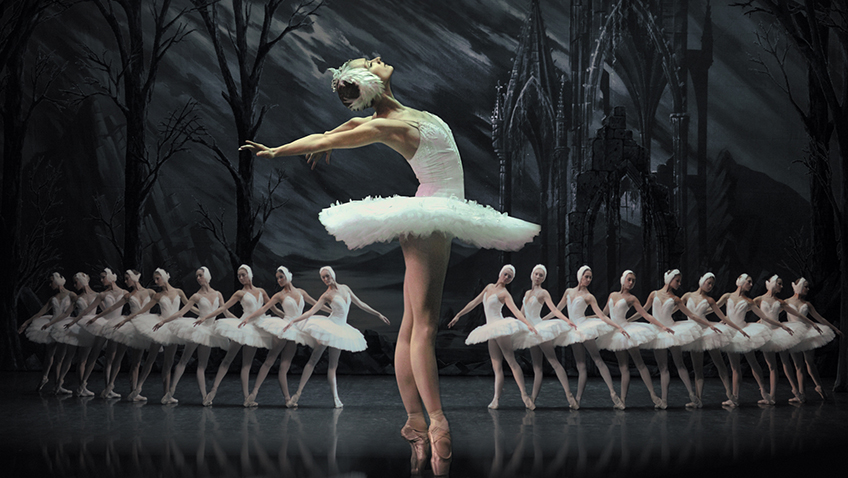 It is Tchaikovsky’s unforgettable music, lyrical and dramatic, and the sheer beauty of the corps of white swans, and the quartet of cygnets in amazing synch, which has made it so popular.

It comes as a shock to learn that audiences and critics didn’t like the music when it was first performed in 1877, finding it too noisy, too Wagnerian and too symphonic. Swan Lake was not a success until 1895, a year after Tchaikovsky had died from arsenic poisoning at the age of 53.

Irina Kolesnikova became the prima ballerina of St Petersburg Ballet Theatre when she was just 18. She first appeared in Swan Lake in 2007. The pleasure is watching the beauty of her movement and her brilliant technique in meticulous slow and fast motion. The pirouettes and fouettes have the audience roaring their approval.

The production, handsome in costumes and settings, however, is never dramatic enough for you to care whether Odette and Siegfried live or die. The story-line is constantly being forgotten. There are so many divertissements, piled one on top of the other that they begin to feel like audition pieces. Denis Rodkin as Siegfried has to do a lot of hanging around before he gets his chances to show off his dancing skills.

Just as he is about to shoot a swan with his little crossbow (a 21st birthday present from his mum) she turns into a beautiful princes and he falls in love with her instantly. Only here you don’t believe it. Kolesnikova’s Odette is so much more mature than the boyish prince is and her face registers such deep sorrow that you feel he would run a mile.

In this version, we are also denied tragedy. The couple live happily ever after. It was incidentally Stalin who insisted on a happy ending.

The evil bird-like magician Rothbart, under-costumed without a swirling cloak, is not evil enough and makes little impact. His captive swan maidens remain totally expressionless. The only person allowed to act is Irina Kolesnikova.

The scene-stealer is Sergei Fedorkov as the cheeky mischievous court jester who stops the show with his dazzling acrobatic tricks.