Home / LIFESTYLE / REVIEWS > / THEATRE REVIEWS / I’m not afraid to experiment. I like to be different, unpredictable – Svetlana Zakharova 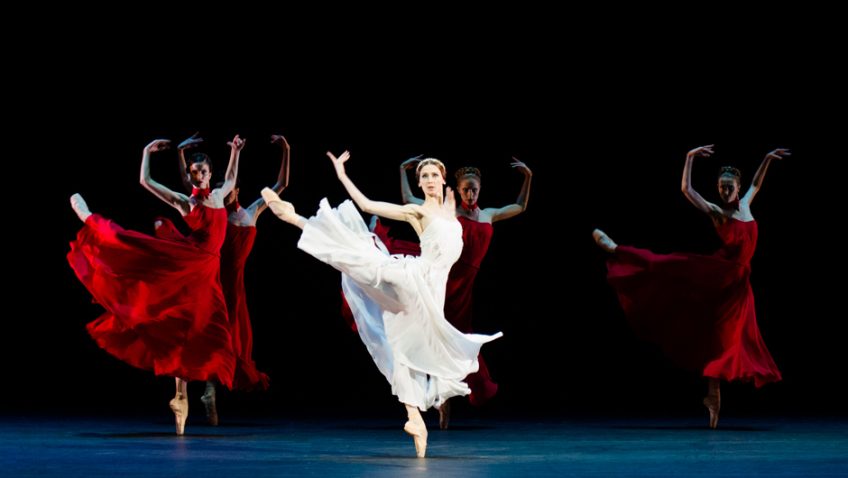 I’m not afraid to experiment. I like to be different, unpredictable – Svetlana Zakharova

Amore is a triple bill, featuring classical and contemporary ballets, commissioned by prima ballerina Svetlana Zakharova and performed by her and principal dancers of the Bolshoi Ballet.

The story is set in 13th century Italy and based on historical fact.

Francesca falls in love with her husband Giovanni’s younger brother Paolo and they have a secret affair for ten years. When Giovanni eventually catches them in flagrante delicto (circa 1283) he murders them both. There is also the legend that Francesca was tricked into thinking she was going to marry Paolo and only found out at the wedding that she was marrying a man she had never seen before, a humpback and much older than Paolo.

Dante in Inferno imagines the two lovers in the second circle of hell which is reserved for the lustful. They are trapped for eternity in a violent storm which whirls them through the air.

Dante’s story has inspired a great number of painters, poets, musicians, amongst them Rossetti, Dore, Rodin and Rachmaninov.

Eleanor Duse appeared in her husband Gabriele D’Annunzio’s play, specially written for her, in Rome in 1901. Henry Ainley appeared in Stephen Phillips’s play in London in 1902

The combination of Dante, Tchaikovsky’s 25-minute dramatic romantic music and the casting of Svetlana Zakharova and Denis Rodkin as the lovers and Mikhail Lobukhin as Giovanni, means the bliss and the melodrama is given full measure. The lover’s extended pas de deux is full of complex lifts.

There is a striking mid-air falling set by Maria Tregubova and striking red costumes for the five court ladies, who are mirror images of Francesca’s inner feelings

There are also three male guardians of the inferno (inspired by the three shades atop Auguste Rodin’s sculpture, Gates of Hell) and a major innovation is that they drag Giovanni, and not the lovers, down to the underworld.

Patrick de Bana’s Rain Before It Falls to music by Bach, Ottorino Respighi and Carlos Pin-Quentana

According to de Bana, the ballet is “a chimera, a dream, an unreal thing.” There is no such thing as rain before it falls.

The ballet is abstract, mysterious, atmospheric and pretentious. Zakaharova is the woman. De Bana and Denis Savin are the men. Savin, when he is not dancing, sits on the edge of the stage, his feet dangling in the orchestra pit, and gesticulates.

Marguerite Donlon’s Strokes Through the Tail to music by Mozart

The triple bill ends on a frivolous note. The ballet is a quirky, gender-crossing gambol, a bit of fun for the company maybe but singularly unfunny for the audience. Even Donlon admits she doesn’t know what it’s about