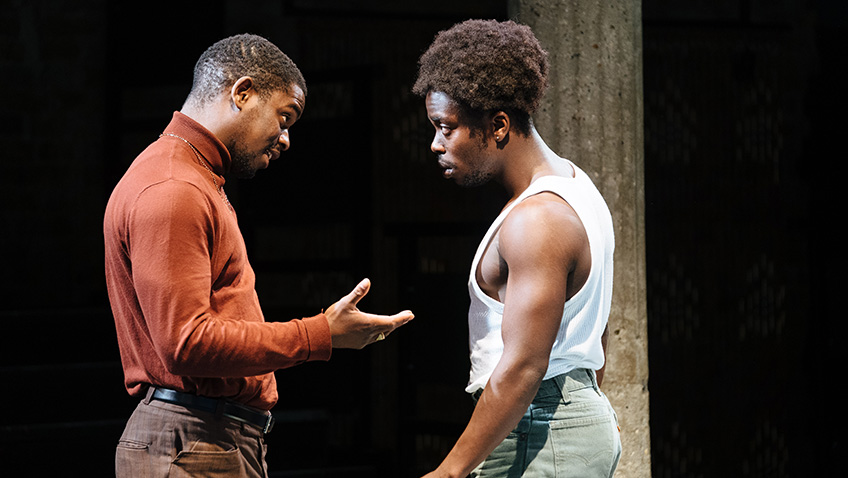 The Strange fruit of racism. Some things never change

Caryl Phillips wrote Strange Fruit in 1979 when he was 21 and had just come down from Oxford University. The play premiered in 1980 at The Crucible Theatre in Sheffield.

Twenty year before the play begins a schoolteacher moved from the Caribbean to raise her two sons in Britain, believing they will have a better education and better lives in the future. 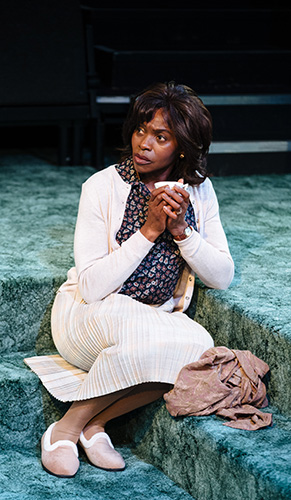 The strange fruit** is the racism the Windrush generation and their off-spring found in Britain.

The mother has a very long speech when she describes the brutal way she was treated in the workplace and on a bus journey when she got lost and was spat upon, punched in the face and dragged by her hair along the pavement.

The strange fruit is also the conflict between parent and children and between the two brothers.

The play is set firmly at the beginning of the Thatcher era, a time when the country and political system is “trying to kick out those who are already here and to stop anyone else from coming in.”

The eldest son (Tok Stephens), 24 years old and Oxford educated, feels that his mother and brother should never have left the Caribbean; but when he returns for the funeral of his grandfather, he finds he is despised and most unwelcome.

Life has dealt mother a rotten hand and she, who has sacrificed so much for her sons, is grossly unfairly attacked by them both. Rakie Ayola, full of love and fear, makes her a truly tragic figure.

The production unfortunately lacks the furniture and the cramped quarters described in detail by Phillips in the script. The totally empty pond stage means the climax is badly bungled.

**The Strange Fruit title comes from a 1939 protest song about the lynching of African Americans in the Southern United States during the Jim Crow Era. Black victims are the “strange fruit,” hanging from trees, rotting in the sun and becoming food for crows. The song was famously sung by Billie Holiday.