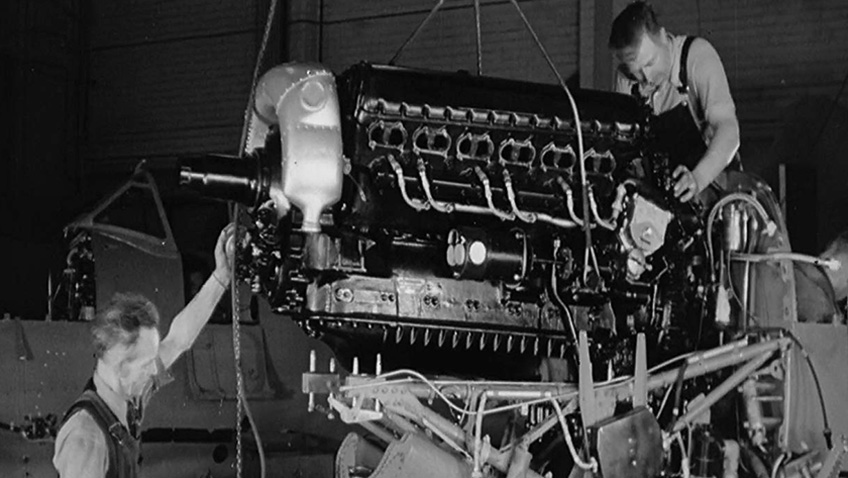 Never was so much owed by so many to so few

Spitfire (Altitude) is a documentary tribute to the RAF. “Never was so much owed by so many to so few.” The spitfire was an absolutely crucial weapon of war. Had it not been for the spitfires and their pilots the Battle of Britain in 1940 would have been lost and we would have been invaded by Germany. The spitfires were outnumbered by the Luftwaffe, 4 to 1. The pilots were mainly 20-year-olds. The spitfire also played a key role in the defence of Malta and destroying doodlebugs. There is archive material, old newsreels, clips from the Leslie Howard First of the Few film and interviews with a handful of pilots who are still alive 80 years on, the planes are still operational.

The Rider (Altitude) is a South Dakota bronco rider who has suffered a severe injury to his head and his hand. Can he face up to the fact that there will be no more riding and no more rodeos? Can he let go and move on? The line between documentary and fiction is further blurred because the non-professional actors are playing themselves. Cowboy horse trainer Brady Jandreau is so convincing that he does not seem to be acting at all. Chloé Zhao’s sombre film grows on one because of its authenticity. The relationship between man and horse is there for all to see. Jandreau’s dad, his autistic teenage sister and his best friend, paraplegic Lane Scott, also play key roles.

Calibre (Netflix). Two friends (Jack Lowden and Martin McCann) go on a hunting trip in the remote Scottish highlands. Things go horribly wrong. Two people are killed. Instead of going to the police and explaining what happened they bury the bodies. Will they get away with it? The tension is maintained and raised considerably when the local community finds out and exercise their own idea of justice. This excellent, modest little thriller, directed by Matt Palmer who also wrote the screenplay, won the Michael Powell Award for Best British Feature at the Edinburgh Festival.

Early Man (StudioCanal). If you are a fan of Nick Park and his stop-motion animation with its plasticised characters – if you liked Wallace and Gromit and Chicken Run as much as I did – then you are in for a treat. Did you know football was founded by cavemen and re-founded by their ancestors in the Stone Age when they were confronted by Bronze Age French invaders? The battle between the two nations was decided by a football match. There are plenty of gags and it’s a lot of fun for both children and adults. Eddie Redmayne voices the good guy. Tom Hiddleston voices the bad guy and Nick Park voices a lovable boar called Hognob.

Cold War (Curzon Artificial Eye). The title of Pawel Pawlikowski’s film refers to a political situation, life under a communist regime, and to an on-going relationship between a composer and singer from 1949 to 1964. They meet when she auditions for a Polish Folk Song and Dance Company which preserves old songs. The Russians insist the company includes Soviet propaganda songs on their tours of Europe. The composer defects to Paris. The singer follows later, after she has married. They continue their affair. They are incompatible. The film, austere, bleak and well acted by Tomasz Kot and Joanna Kulig, is based on Pawlikowski’s own parents. 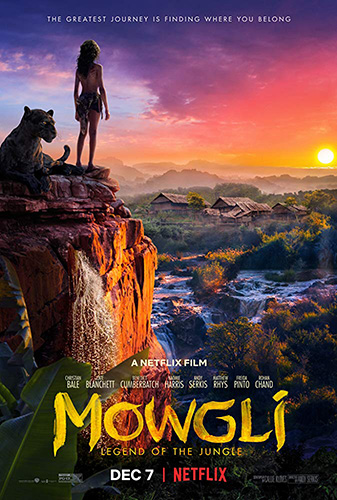 Mowgli: Legend of the Jungle (Netflix), There have been several adaptations of Rudyard Kipling’s Jungle Book since it first appeared in print in 1894. Mowgli, you will remember, was brought up by a pack of wolves and had to decide whether he is a man or a wolf. Andy Serkis’ version is much darker and much more serious than previous films. It is not for children. The voices, with the exception of the Bear (a drill-sergeant sounding Bear voiced by Serkis) never sound quite right. I did wonder if it would sound better in a language I did not understand. There is an Indie version. But if you want something for very young children then it will have to be Walt Disney’s all-singing, all-dancing 1967 animation. Best of all, however, is Disney’s 2016 Jungle Book which has a much better actor playing Mowgli.

Monsters and Men (Altitude). A white cop shoots an innocent black man. What would you do in the circumstances? Would you keep quiet and accept the status quo? Would you risk your job, your life? Reinaldo Marcus Green observes the reaction of three black people in three separate stories. A witness (Anthony Ramos) films the incident on his mobile and puts it on line. A black cop (John David Washington) has moral qualms but sides with the white cop to the anger of his friends. A teenager (Kelvin Harrison Jr.) has to decide whether to concentrate on his basketball career or attend an anti-police demonstration. The three stories, fragmented and incomplete, are designed to start a debate among black audiences.

Deadpool 2 (Disney). Marvel not, Marvel Comics are strictly for Marvel fans who haven’t grown up and who want more and more violence and then even more violence. The silly credit titles promise it will be fun. It never is. Mutant Deadpool (Ryan Reynolds) blows himself up to be with the woman he loves and who had promised to be mother to his child minutes before she was killed. It is difficult to reconcile the young voice-over and the old grizzled face on screen. The director is David Leitch who is a stunt expert. The film is all stunts, tiresome, numbing and mindless. The obese boy with the explosive hands is particularly unappealing.