Home / HEALTH / Don’t put your head in the sand: talk about the tough stuff 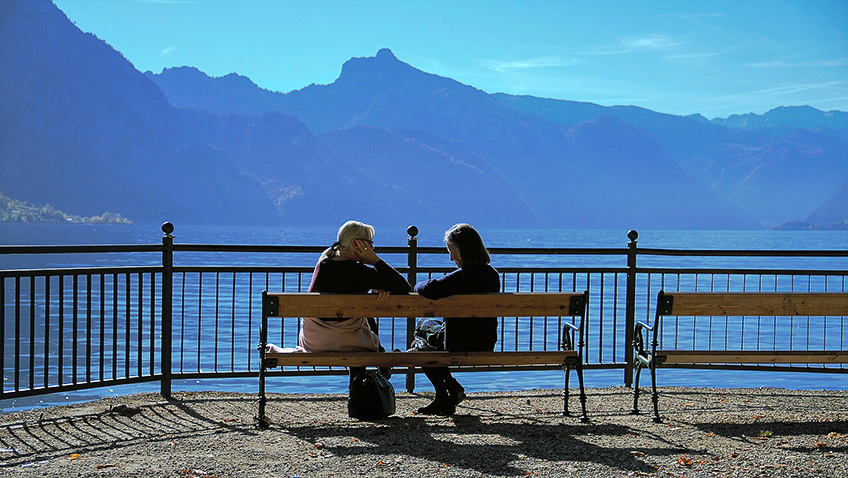 Don’t put your head in the sand: talk about the tough stuff

Some families are great talkers; they are comfortable talking about everything from relationships to work to embarrassing health issues. Other families may be great organisers, with everything from Christmas gift lists, anniversary celebrations and the general logistics of life taken care of.

Whichever way your family functions, talking, on the whole, is a good thing and there are certain things that really do need to be discussed in order to save a whole lot of hoo-ha further down the line. Yes, it might seem serious, it will probably be difficult, but it’s certainly worth doing.

According to a new study by the older people’s charity, Independent Age, end of life care and funeral arrangements are causing huge rifts in families, with almost a fifth of mourners admitting to experiencing a family feud over the death of a relative. Of these, just over two in five ended up not speaking for more than a year.

Below are our top three important-but-a-bit-awkward topics that are well worth discussing with your nearest and dearest:

Would you want your organs to be donated in the event of your death? Have you told your family about your wishes?

If you do want to be an organ donor and save lives, then it is essential to have that conversation with your family; joining the register isn’t enough, as ultimately, the decision lies with those left behind.

According to the NHS, every year organs go to waste because families aren’t sure what their loved ones wanted.

You might start the conversation using a newspaper or TV story that you’ve seen or try to explain how and why you’ve made your decision. However you choose to do it, making time to talk it over could save lives.

It’s understandable that many people prefer not to think, let alone talk, about their own funeral. However, an increasing number of people feel that they would like a say in how such matters are handled; while it might feel like a difficult topic to raise with loved ones, sharing these thoughts will make decisions about funeral arrangements far easier when the time comes.

It is worth considering, and letting your loved ones know, whether you wish to be buried or cremated; if you would like your ashes to be scattered and where; if you have a specific cemetery or burial spot in mind and whether you want a traditional funeral in a church or a more informal service in a particular location that has special meaning for you.

While such discussions may be difficult, try to reassure your loved ones that you are not trying to upset them and that talking these things through while you are healthy should reduce the burden and make decisions after a death easier to make.

It’s understandable not to want to think of yourself, or your older relatives, one day being in need of care. But for many people, the reality is that, at some point, arrangements will have to be made. But you are not alone.

A new study from Newcastle University has suggested that by 2025 there will be an extra 335,000 people with complex care needs, with the number of people needing round-the-clock care set to rise by 163,000.

However, many people are still not talking about care; according to recent research by Cera Care, one of the UK’s leading home care providers, a quarter of UK adults have never discussed elderly care with their parents.

Sarah McEwan, Head of Carer Recruitment at Cera Care, said: ‘The majority of people will require some sort of care during the last years of their lives, be that following a hospital stay, during an illness, or simply as they become less able due to old age. But with so many care options available…it’s sometimes hard to work out what is best.’

Discussing care should be an ongoing and open discussion, where everyone takes time to listen and consider all the options that may be available. The focus should be on understanding how people feel and what they think they want, rather than on making any permanent decisions or commitments.