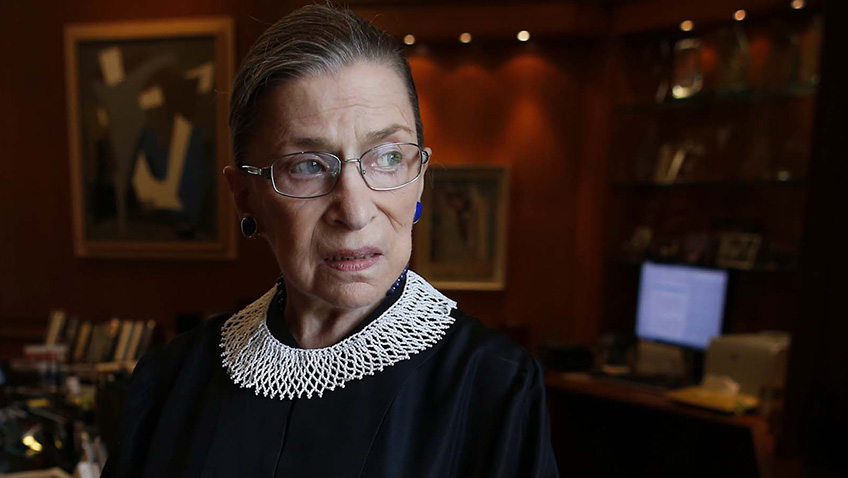 A remarkable role model sans pareil, RBG is the 85-year-old star of this inspirational documentary

is that if you kick start 2019 with the year’s best documentary, the bar will be set impossibly high for anything that follows. But with Associate Supreme Court Justice Ruth Bader Ginsburg, or RBG as the now 85-year-old is affectionately called (you can purchase the Notorious RBG

on line) the bar was always high and she was setting – and reaching – it. Although happily married with two successful children, RBG dedicated her life to reversing discrimination on the basis of gender. As such, and with its all-female crew, RBG

is not only topical, but so inspirational that it should be required viewing in every HR department, secondary school and law school in the world.

Unlike the upcoming feature On the Basis of Sex which focuses on Ginsburg’s early years and the only case she tried with her husband, top tax attorney Martin Ginsburg, the documentary gives us a cradle-to-grave (Marty died in 2010) overview of her life, equally balance between the personal and professional.

We see Ruth, 82, doing push-ups with a personal trainer and working until 4AM, while more recently we learn she is battling cancer. Ruth is no stranger to the disease. When, with a new baby daughter and a lot to prove as one of only nine first year students at Harvard Law (HL) School, her new husband Marty, in his third year at HL, underwent radiation therapy for testicular cancer. Ruth typed up the notes she collected from his classmates, sat in on his classes as well as her own, brought up Jane (who also graduated from Harvard Law School and taught at Columbia University) and earned a prestigious place on the Harvard Law Review.

It was during this time that her lifetime pattern of sleeping 2-4 hours a night and sleeping through the weekends (when Marty would care for their two children) began. Gregarious, outgoing and supportive with a great sense of humour, Marty adored his serious, quiet, shy, workaholic wife from the day he met the 17-year-old at Cornell where they were both undergrads, and both Jewish.

In a speech, we hear Marty telling the audience that, ‘our dear daughter Jane volunteered to the press that we had a household where responsibility was equally divided: her father did the cooking and her mother did the thinking.’

Some of RBG’s story is told the form of a flashback from footage of the Supreme Court Confirmation Hearing of 1993 after she was appointed by President Bill Clinton. She was the only nominee to ever volunteer her clear opinion on the divisive issue of abortion at the Hearing. In addition to wonderful archive footage, there are generous testimonials from her two children and granddaughter Clara Spera (an HL graduate), biographers, friends, and school and work colleagues. 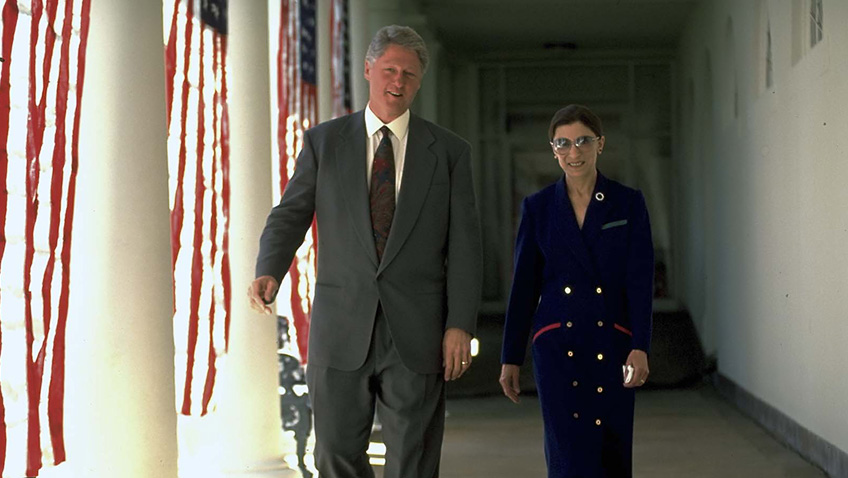 Born and raised in Brooklyn to first and second generation Jewish immigrant parents who never went to University, Ruth’s older sister died when Ruth was only 14 months old, and her mother, who instilled in her a love of learning, died just before she graduated from High School and started at Cornell.

Despite her stellar academic record and the active support of Marty and the Dean of Harvard Law School, no law firm would hire her. She took up a teaching job at Rutgers Law School where (not mentioned in the film) she was paid less than her male counterparts because she had a husband in a well-paid job.

In 1970, Ginsburg co-founded the Women’s Rights Law Reporter, the first law journal in the U.S. to focus exclusively on women’s rights. From 1972 to 1980, she taught at Columbia (and became the first female to become a tenured professor). During this period Ginsburg’s career as a litigator took off when she was appointed General Counsel to the Women’s Rights Project – which she co-founded – at the American Civil Liberties Union (ACLU).

The film covers several of the most high profile cases taken on by The Women’s Rights Project. The filmmakers try to capture RBG’s first experience facing nine, white, middle-aged or older males of a privileged class on the Supreme Court who had no concept of sex discrimination. In Frontiero v Richardson (1973) Ginsburg not only sought and won housing benefits denied to Mrs Frontiero because she was a married woman in the US Air Force, but pushed the court to declare a Federal Law to that effect unconstitutional. Though she was not afraid to stand out, her style was to build a consensus and bring everyone over to her way of seeing the issues. 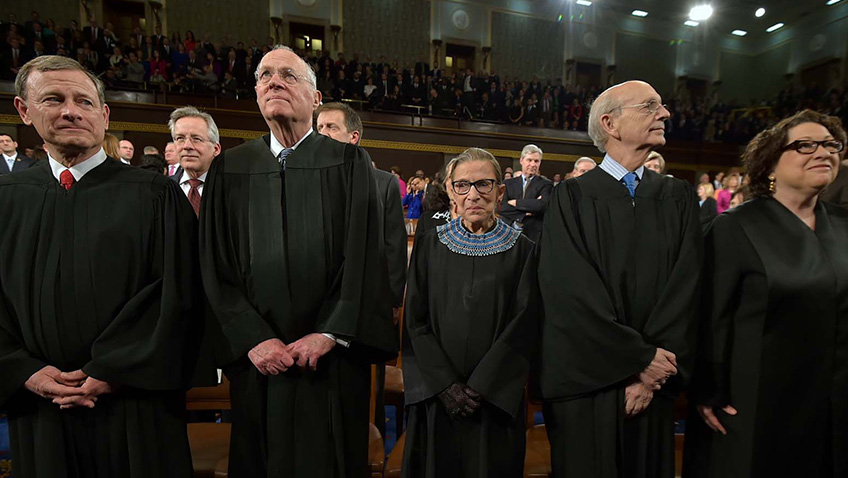 RBG’s advocacy for gender parity did not diminish when her position was reversed and she sat on the Supreme Court (for a time, after Sandra D. O’Connor’s departure, as the only woman). Whether authoring the judgements of the court, or, more recently, in an increasingly conservative court, issuing the fierce dissents which have made her an icon, RBG has made her mark on the legislation and judiciary landscape of the USA.

The filmmakers interview Lilly Ledbetter, the former plaintiff in one such dissent case Lilly Ledbetter v Goodyear (2007). While the court agreed that she had been underpaid because of her gender, she was not entitled to compensation because she waited too long to file her complaint. RBS wrote (and the filmmakers either reproduce her more famous judgements as captions or record them), “the court does not comprehend or is indifferent to the insidious ways in which women can be victims of pay discrimination. Then she threw down the gauntlet by adding, ‘The ball is in Congress’ court.”

We then see Mrs Ledbetter with President Barack Obama, as he announces with pride that the first bill that he passed as President was the Lilly Ledbetter Fair Pay Act.

While Ginsburg does not mention the discrimination she might have faced as a Jew, at 82, she experienced ageism. The pressure was on for her to retire while there was time for Obama to appoint another liberal, younger justice to ensure a liberal balance for the future. RBG declined, still confident that she had something unique to contribute to her cause and her country. Now more than ever, the USA needs RBG.