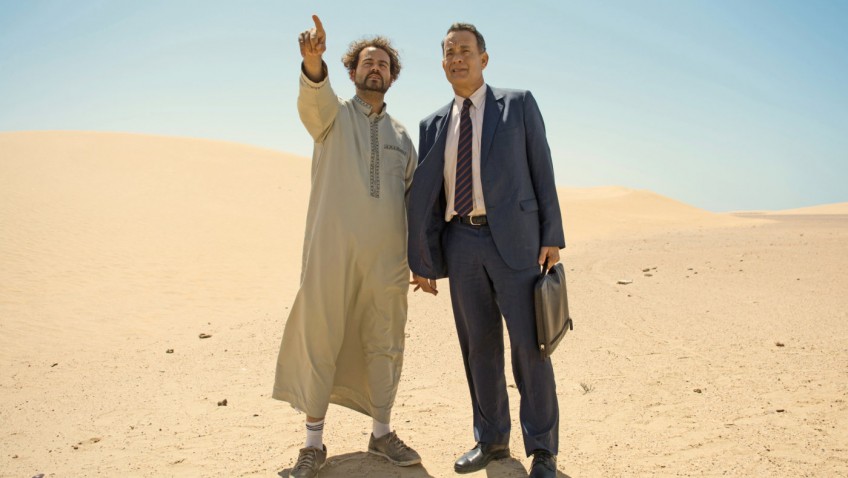 Tom Hanks in a real and mystical desert in Saudi Arabia

A HOLOGRAM FOR THE KING (Icon). Failed American businessman, whose marriage is on the rocks, goes to Saudi Arabia to make a presentation and close a deal with the royal family. There are endless delays. Tom Hanks, with phoney smile and bags under his eyes, looks very anxious. Will he lose out to the Chinese again? He has nightmares and develops a growth on his back which is removed by a Saudi doctor, a very attractive divorcee (Sarita Choudhury), with whom he goes swimming. A comic taxi-driver (Andrew Blake) takes him to Mecca, a city forbidden to non-Muslims. Tom Tykwer directs. But where is the comedy and where is the danger? It’s all so dull and it doesn’t go anywhere.

THE COMMITMENTS (RLJ Entertainment). 25th anniversary edition. Roddy Doyle’s novel, which follows the rise and demise of an Irish band, is about having dreams and expectations, rather than success. Alan Parker, constantly alternating between gigs in pubs and urban decay, takes a quasi-gritty documentary approach. Every brutal location shot is a reminder why the working class Dublin Catholic boys and girls would want something better. Sadly, they are too lacking in commitment, too acrimonious and too violent among themselves, ever to succeed. The split-up is inevitable. The auditions for the band get the film off to a hilarious start. 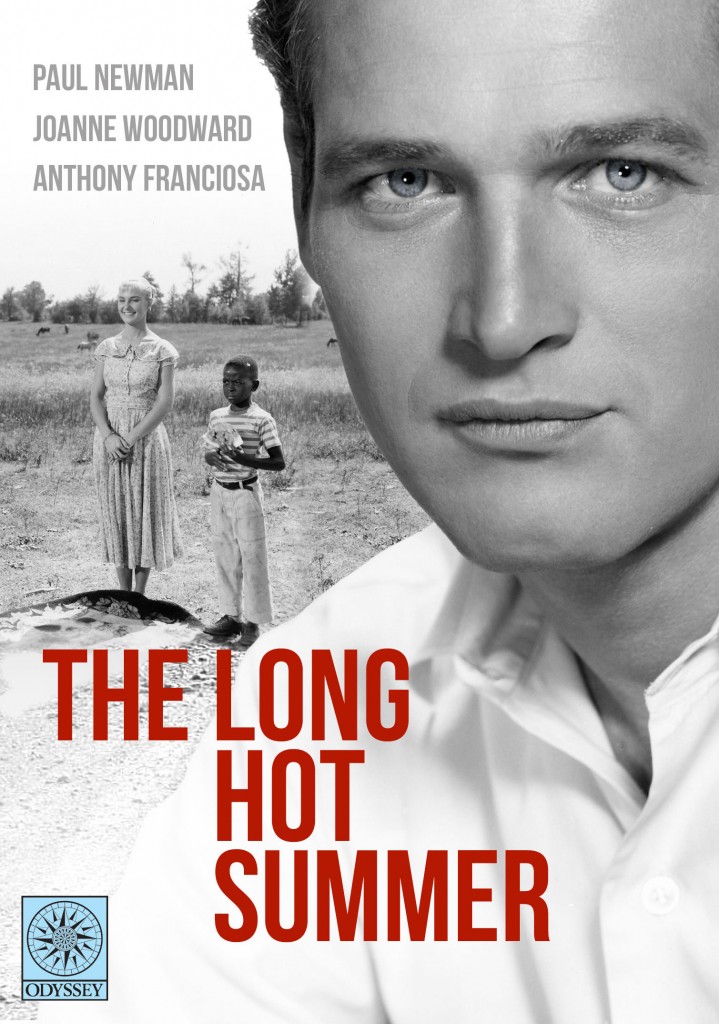 LONG HOT SUMMER (Odyssey) is a 1958 American film directed by Martin Ritt. Wealthy landowner (a bloated Orson Welles), recognising a kindred spirit, takes a shine to a redneck (Paul Newman), a blue-eyed seductive stud with a bad reputation, and promotes him over his weakling son (Antonio Franciosa). He wants his him to marry his daughter (Joanna Woodward) and give him grandchildren. The script is an adaptation of three stories by William Faulkner. It begins as Southern melodrama and ends up with a silly romantic climax which has nothing to do with what has gone on before. Newman, Woodward, Franciosa and Lee Remick were all members of the Actors Studio and acting in a different key to Welles. Newman and Woodward got married in real life and lived happily ever after

INGRID BERGMAN IN HER OWN WORDS (Soda). Stig Bjorkman’s documentary is based on her home movies, diaries and letters. There are also interviews with her children. It is a story of fame on film (Casablanca), scandal (her affair with Roberto Rossellini was disastrous for her career) and her success on the London stage (A Month in the Country). Her lovers included Robert Capa. Bergman lived in Sweden, Hollywood, Italy, Paris and London and always put her career before her children. “If you took acting away from me I would stop breathing,” she declared. John Gielgud wittily (and unfairly) said: “She speaks four languages and can’t act in any of them.”

POISON PEN (StudioCanal). 1939 British film is based on a 1938 play by Richard Llewellyn author of How Green Was My Valley. It’s all very stagy. Flora Robson is the vicar’s sister, outwardly benevolent, inwardly warped, who writes anonymous letters, which result in the nasty narrow-minded villagers ganging up and causing a suicide and a murder. Robson, a fine stage and film actress, could always handle melodrama convincingly. The supporting cast is full of actors who would later become famous, amongst them Wilfrid Hyde-White in the tiny role of postman.

EVERYBODY WANTS SOME!! (Entertainment One). Richard Linklater directed the excellent Before Sunrise/Sunset/ Midnight trilogy with Ethan Hawke and Julie Delpy. I was hoping for something with the same sort of wit and depth. I guess college students might enjoy this film if they are interested in immature randy American students in 1980 and baseball. The action is spread over the weekend before term begins. The youngsters, with the exceptions of Blake Jenner and Zoey Dutch, are unappealing and look like they will drop out of college pretty soon.