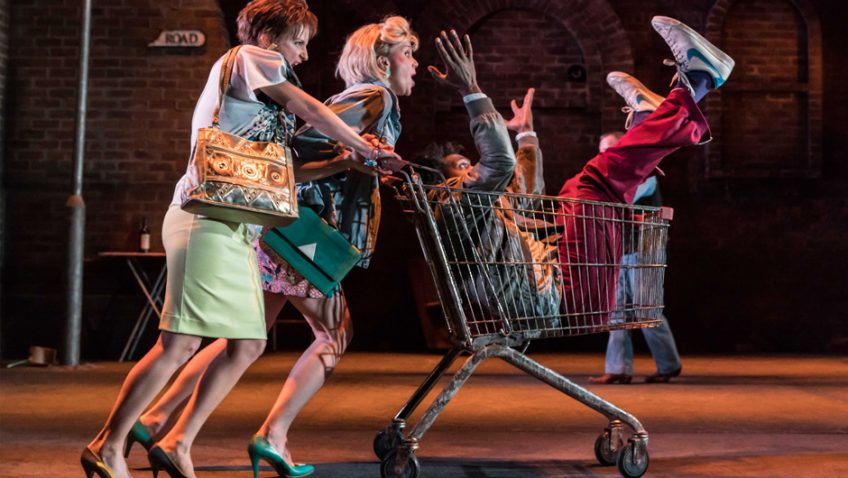 Jim Cartwright’s seminal play of the 1980s is revived

Jim Cartwright’s award-winning play premiered upstairs at the Royal Court in 1986 and then transferred downstairs the following year.

It was given a promenade production. 30 years on the play is behind a proscenium arch, directed by John Tiffany. 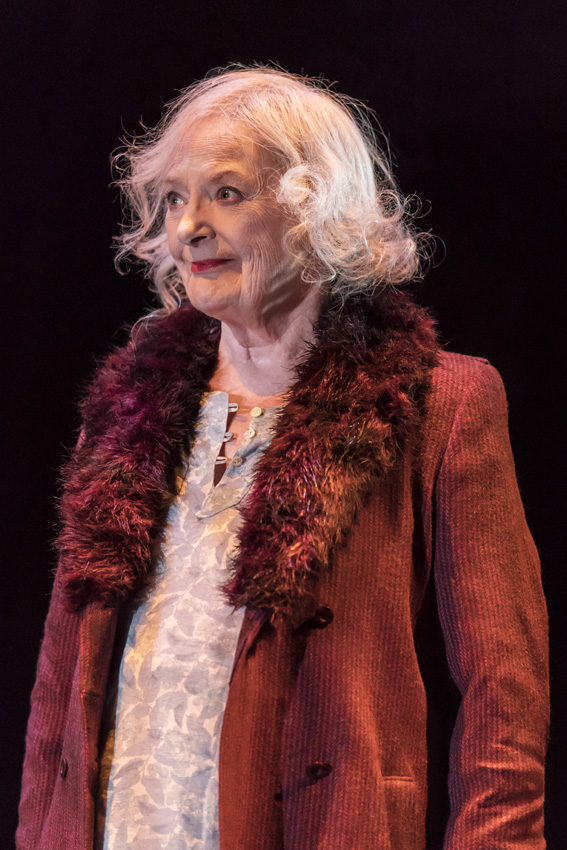 Road is set in Thatcher’s jobless Britain. 3 million are out of work. Life is at a standstill. What is there to do, except booze and have sex? Lives are being wasted mindlessly.

The play is a series of bleak vignettes, monologues and duets, ribald, brutal and sometimes lyrical, the major ones taking place inside a glass cage which rises from below the stage.

June Watson, who plays an old lady with dementia, comic and sad at the same time, has one of the best solo scenes.

Mark Hadfield is cast as an old man who remembers the good times in the 1950’s when there was lots of work and holidays and wonders who is responsible for spoiling his life now.

Michelle Fairley has a very funny scene when she tries to seduce a drunken soldier, a mere boy, by pretending he is seducing her. He is too far gone to do anything and throws up all over the floor.

Lemn Sissay, who acts as narrator, has a pas de deux with a supermarket trolley to music from Tchaikovsky’s Swan Lake

The boys are brutes and the girls are slags. Their elders (played by Mark Hadfield and Michelle Fairley) are just as vulgar.

Life must go on. But why must it go on? A lonely teenager (Shane Zada) “constipated with bitterness” stays in bed and enters into a suicide pact with his 16-year-old girl friend (Faye Marsay). They starve themselves to death.

The play ends with four youngsters chanting again and again, “Somehow, somehow, a might escape.”

Fat chance they had then. Are things any better today?