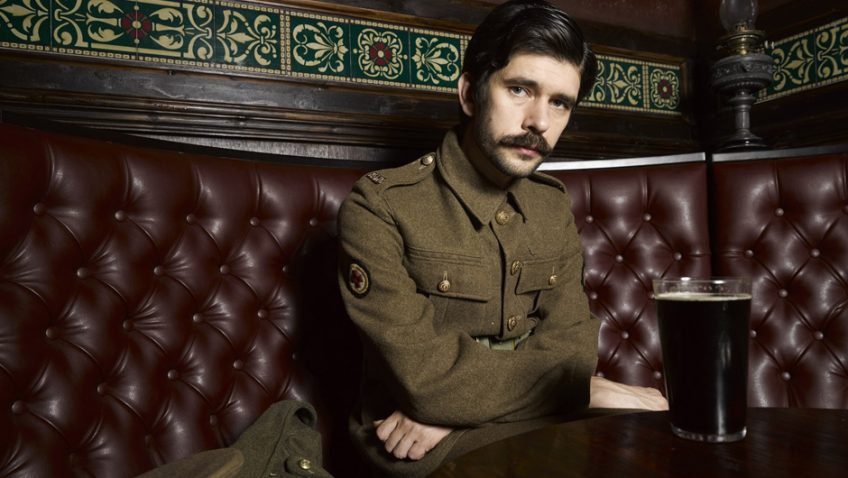 These eight 15 minute monologues, curated and directed by Mark Gatiss, have already been performed at The Old Vic and on television.

They were staged and filmed in response to the 50th anniversary of The Sexual Offences Act which partially decriminalised homosexual acts between men. They are also part of the BBC’s Gay Britannia season and, if you enjoyed Alan Bennett’s Talking Heads, I think you will enjoy this collection.

The Man on the Platform by Mark Gatiss. A soldier (Ben Wishaw, poignant and understated) has returned from the trenches of World War 1. He remembers a brief friendship with an officer at the front and he also remembers a childhood incident in 1895 when he saw Oscar Wilde in convict clothes at Clapham Junction being accompanied by policemen and being jeered at by the crowd

A Grand Day Out by Michael Dennis. A naive 17-year-old Nottingham lad (Fionn Whitehead, perfect) is picked up by a 30-year-old accountant during a demonstration in London in 1994. Parliament had voted to lower the age of consent, but only to 18, not 16. More Anger by Brian Filiss. A gay actor (Russell Tovey, amusing and angry) in the 1980s complains he is only offered gay roles in which he is always dying of AIDS

Missing Alice by Jon Bradfield. It takes an unusually long time for a young woman (Rebecca Front) to realize she has married a gay man; but when she does she is happy to share him with his lovers.

I Miss the War by Michael Baldwin. An elderly man (Ian Gelder, flamboyant), still predatory, recalls the happy times he had when he was in the guards and a rent boy and met an American in Trafalgar Square during World War 2.

Safest Spot in Town by Keith Jarret. West Indian immigrant (Kadiff Kirwan) is half adopted by the Bloomsbury Group but rejected by the Cafe de Paris and narrowly escapes death in the Blitz. The Perfect Gentleman by Jackie Kline. A woman (Gemma Whelan) dresses up as a man – she looks like Vesta Tilley’s Burlington Bertie – and fools another woman into thinking she is a man.

The monologues, well written and well acted, can all be viewed on BBC iPlayer until 31 July.

I particularly enjoyed The Man on the Platform. Mark Gatiss’s script and Ben Wishaw’s performance are outstanding, a little classic.