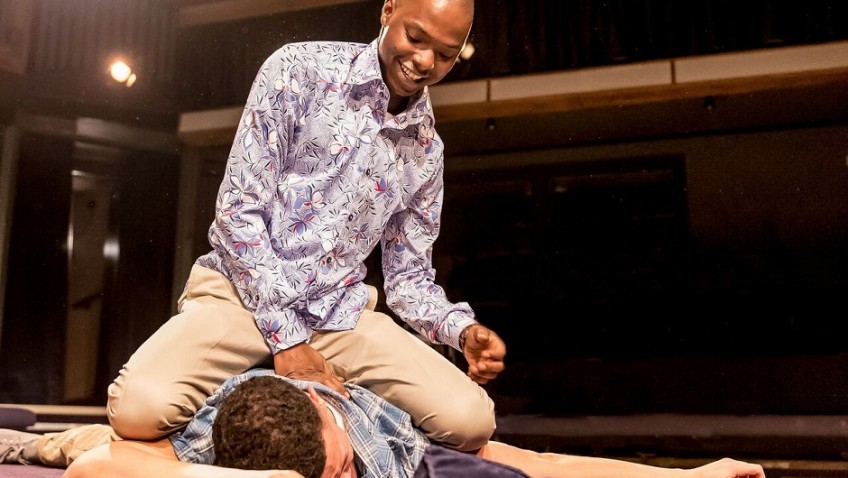 The Rolling Stone is the name of a former newspaper in Kampala, Uganda. In 2010 it outed men and women they thought to be homosexual with pictures and addresses and said they should be hanged. The publication led to a witch-hunt, imprisonments and killings.

Playwright Chris Urch concentrates on one family. An 18-year-old Ugandan is in a relationship with a young doctor of mixed race, who was brought up in Northern Ireland and who has returned home.

The relationship puts not only themselves in danger but his family as well. Those who do not report the homosexual members in their families to the police are liable to go to prison.

Ellen McDougall directs and the in-the-round intimacy of the Orange Tree auditorium is perfect for the play.

Sule Rimi as the newly-elected pastor, and elder brother to the 18-year-old, preaches a fire-and-brimstone sermon which is quite terrifying in its homophobic hatred.

Anglican, Catholic and Protestant missionaries began converting Ugandans to Christianity in 1877. Modern American evangelical Christians have been accused of promoting homophobia in Africa.

The President of Uganda signed an Anti-Homosexuality Act in 2014; an unnecessary act, as he pointed out, since same sex relations have been illegal since British colonial rule which began in 1894 and did not end until 1962.

To learn more about Robert Tanitch and his reviews,click here to go to his website