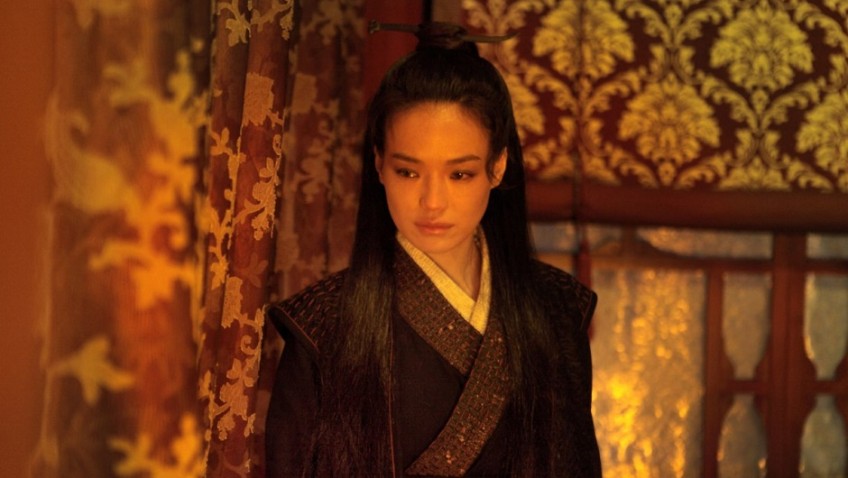 A visual knock out that may leave you baffled

Taiwanese Director Hou Hsiao-Hsien’s  (The Flight of the Red Balloon, A City of Sadness) new film, The Assassin is so subtle that it would even be misleading to call it a martial arts film.  For one thing, the eponymous assassin is a beautiful young woman who is reluctant to kill anyone. For another, the story is so pared-down from  its source material – a famous short story from the Tang Dynasty – that the flow of the narrative is compromised.

But no one seems to care. Hsiao-Hsien won the Best Director award at The Cannes Film Festival last year and the film was Taiwan’s entry to the Academy Awards, although it did not make the cut. Then again, either did Brazil’s A Second Mother, or Home from Home, surely two of the top five films of the year. Assassin is a visual knock out and Hsiao-Hsien slows down the pace so that you can acclimatise yourself to the 9th century atmosphere; contemplate the wonder of Mark Lee Ping Bin’s cinematography and meditate to Lim Giong’s lovely score.

Shu Qi plays the central character, Nie Tinniang, the assassin who has been raised from a young age by a ‘nun’ named Jiaxin to excel at swordsmanship and kungfu.  We hear fearful relatives regret having sent her away from home, but her back story is never made clear in the film.  What is clear is that the girl is a stealth weapon in black, popping up in a room as though she walked through its walls and brandishing her blade so swiftly, it appears animated.

Shu Qi, who has appeared in dozens of Hong Kong triad and wuxia films, has done this before. But she is so beautiful that it’s a pity she is covered in a hood and darkness or shadows for most of the film. But it is this very furtiveness that maintains her air of mystery and otherworldliness.

When her training period is over, Jiaxin tests the girl, sending her to kill a corrupt government official. But the girl cannot go through with the deed because his young son is in the room.  Jiaxin is angry at this show of feminine weakness, noting that the girl has mastered the skills, but not the spirit of her vocation. As a punishment, Jiaxin conjures up a nasty new job.

The girl is sent to Weibo province where she has to kill her own cousin, Tian Ji’an (Chang Chen) to whom she was once betrothed.  Tian Ji’an is now the military ruler of Weibo, a rebel stronghold, struggling to keep the Imperial Army at bay. The handsome, dignified Tian Ji’an is now married to Lady Tian (Zhou Yun), a woman who spends her time in front of a mirror where her servants help put combs in her elaborate hair-do.  Will the assassin strike out of vengeance, or will she spare the man for whom she may still have feelings — not to mention a political allegiance.

The ‘plot’ of the film has striking similarities with Luc Besson’s La Femme Nikita, but the styles could not be more different.  Instead of addressing the more accessible and romantic aspects of the original folk tale, Hsiao-Hsien holds back and delivers a heavily stylised distillation:  essence of Nie Yinniang, as it were.  If you don’t mind feeling bewildered and a tad frustrated, a second viewing of The Assassin pays dividends.