Home / LIFESTYLE / REVIEWS > / THEATRE REVIEWS / I am here to make you think, said Mark Rothko. I am not here to make pretty pictures 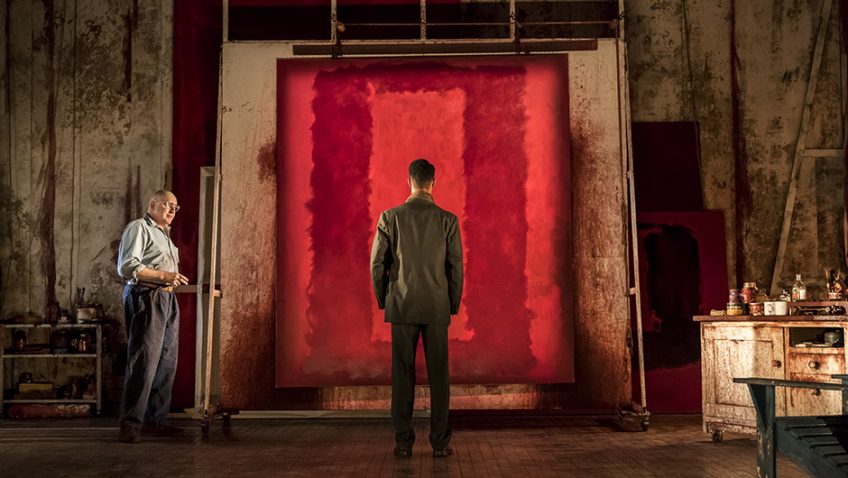 Michael Grandage initially directed John Logan’s play about the American artist Mark Rothko in 2009 at the Donmar Warehouse. The play went straight to Broadway where it won many awards.

Red is finally getting its first West End showing and Alfred Molina is repeating his much admired performance as the painter.

“I am not an abstract artist,” he says, “I am interested only in expressing basic human emotion.”

Rothko has been commissioned to paint a set of murals for the Four Seasons Restaurant at the new Seagram Building in New York. His fee ($35,000) broke all records.

But should artists sell out to the highest bidder? Is a restaurant a proper venue to exhibit the murals? Will the lighting and ambience be to their advantage?

Logan’s play is a confrontation between master and assistant, age and youth; a battle between red and black. 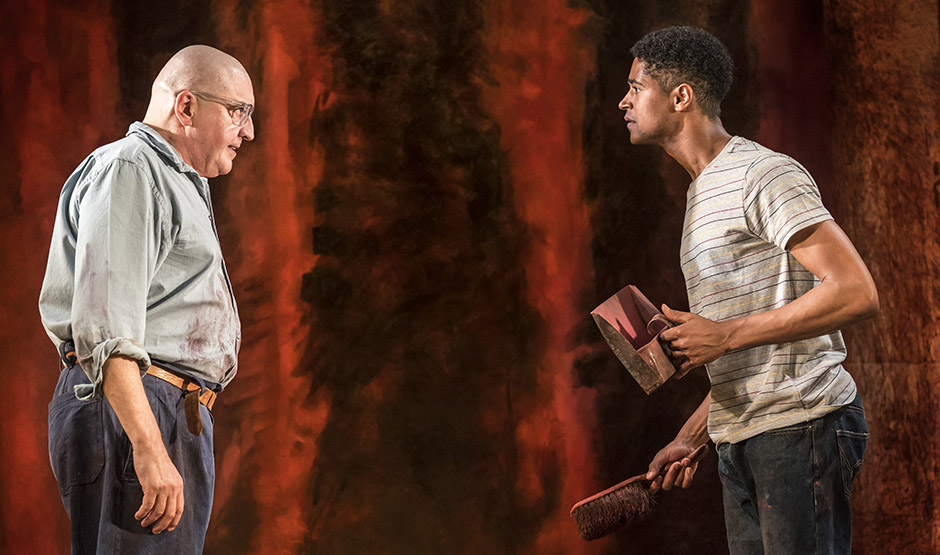 The opening scenes are almost a lecture on Art and Grandage’s production places a great deal of emphasis on the actual physical labour that goes into the making of Art.

The most memorable and exhilarating scene is when Rothko and his assistant, with buckets of red paint seem to be competing with each other as to who can splash the paint quickest on a blank white canvas.

Alfred Molina’s Rothko is a massive, bald-headed presence: a dogmatic, eloquent, intellectual bully with a monstrous egoism. The assistant finally turns on him, challenging him at every level – artistic, moral and social – and finds him wanting in all of them.

Alfred Enoch as the assistant (a role created by Eddie Redmayne in 2009) handles the gradual transformation from shy, cowed young innocent to bold blazing critic convincingly.