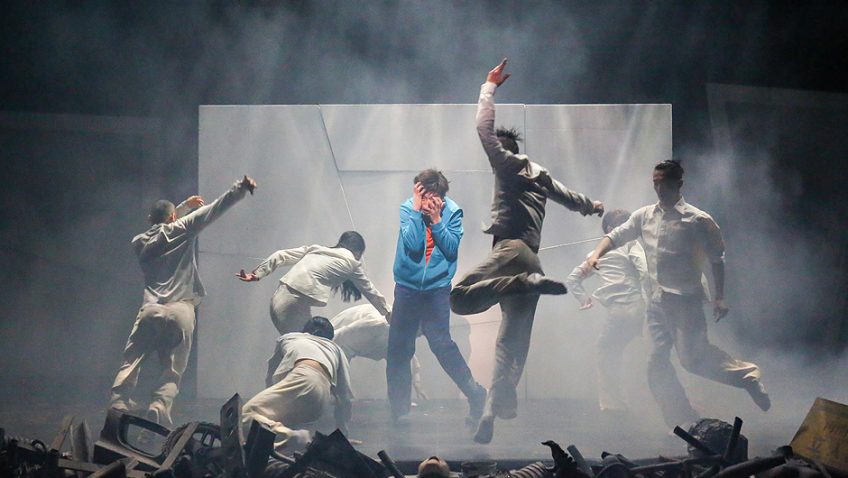 In Japan people of all ages read Manga

Pluto is a 2 hour 50 minute comic book spectacle about humans and robots co-existing and what it means to be human and what it requires to be human. The robots turn out to be more human than the humans. 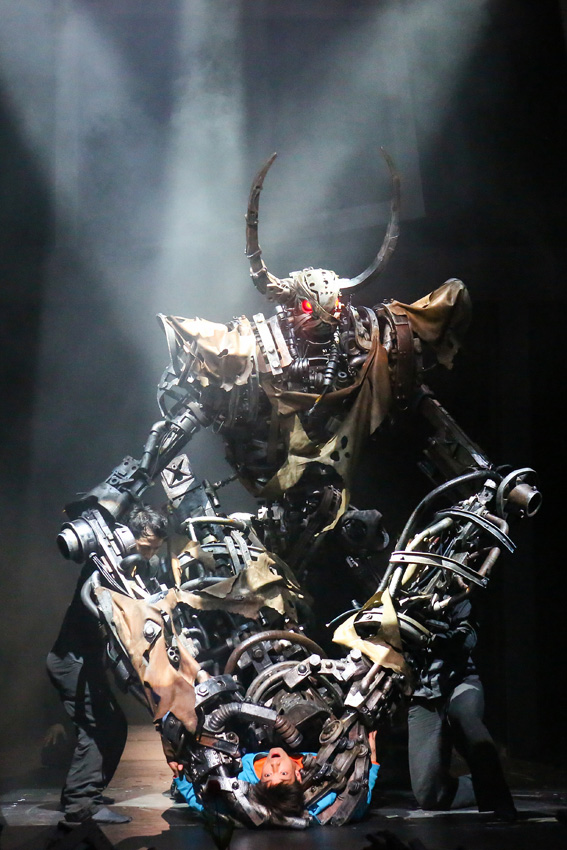 The Japanese turned out in force at the Barbican last week. In Japan people of all ages read Manga, a Japanese genre consisting of comic books and graphic novels, typically black-and-white and featuring stylized characters with large, round eyes.

Robots are regularly found in the cinema. They are rarer in the theatre. The last times a robot appeared in a West End were in plays by Alan Ayckbourn, first in Henceforward in 1987 and then in Comic Potential in 1998. The first time a robot (a word coined by Karel Capek) appeared on the London stage was in Capek’s play RUR in 1921.

Pluto is directed and choreographed by the multi-award winning Belgian, Sidi Larbi Cherkaoui, who takes his inspiration from Osamu Tezuka, the Japanese Manga artist, who created Atom Boy, a humanroid robot, in 1951.

The production, performed by actors and dancer of the Bunkamura Theatre Cocoon, is in Japanese with English sur-titles and relies for its success on its comic book visual effects and the sheer physicality of the staging. 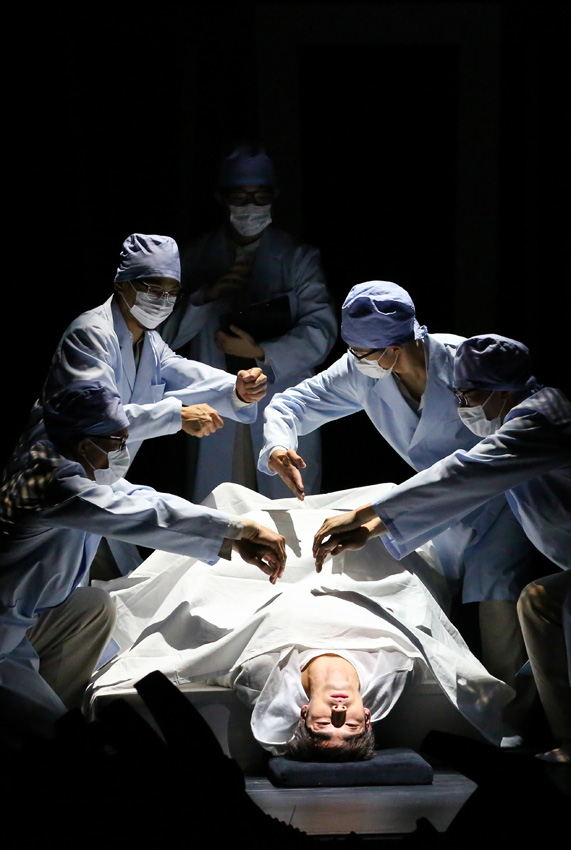 A major feature is watching the dancers (dressed in white) behaving like Bunraku puppeteers. But there are no strings. It is their use of fluttering hands and signalling arms which compliment the movement of the actors playing the robots.

The dancers also constantly move seven large panels to make a variety of shapes and to create different settings. Graphic images are then projected on the panels. Meanwhile picture frames fly in and out at different angles.

The co-ordination between cast, moving scenery and graphics is impressive. One of the most arresting images is watching the formula for the destruction of the world being scribbled at speed by multiple hands on a wall.

The convoluted futuristic story-line is taken from The Greatest Robot on Earth, which was originally serialised in 2003 by Naoki Urasawa and Takashi Nagasaki. The script, emotionally uninvolving, is the least interesting thing about the show.

The cast is headed by Mirai Moriyama, who plays Atom, better known as Astro Boy, and he has a fight with a huge metallic monster with tentacles before he is caught up in a massive balloon which sucks him in and devours him.

Pluto, the supreme dictator robot, is initially just two red-eyes. He turns out to be a teddy bear called Roosevelt; and his death is the one and only joke in an overlong evening.