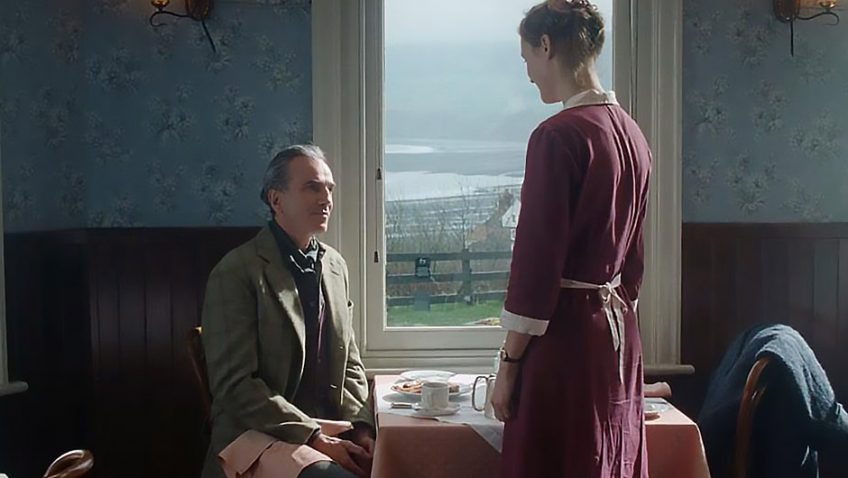 Is this really going to be Daniel Day-Lewis’s last film?

Phantom Thread (Universal) is written and directed by Paul Thomas Anderson. A renowned couturier (Daniel Day-Lewis) creates dresses for royalty, high society and movie stars. He does not like any distraction or interruption to his work and has remained a confirmed and incorrigible bachelor until le meets a determined waitress (Vicky Krieps) who takes over his life and becomes his muse and lover and seemingly will do anything to keep him. Day-Lewis says he is not going to make any more films. His admirers (and there is a lot to admire in his career) will hope he will change his mind. Lesley Manville as the couturier’s sister is so good she should have won the Oscar for Best Supporting Actress.

Lies We Tell (Fetch) is a modern thriller set in Bradford. Young Muslim woman (Sibylla Deen) is befriended by the chauffeur (weary Gabriel Byrne) of her lover (Harvey Keitel) who has died suddenly of a heart attack. She wants to stop her younger sister marrying her ex-husband (Jan Uddin), a nasty bit of work she had been forced to marry against her will when she was 16. Her mother thinks forced marriages are OK. “When are you going to stop judging us by British standards?” she asks. I do not think anybody, and least of all Bradford Muslims, are going to be pleased with Mitu Misra’s clunky, poorly scripted film.

Neon Bull (Second Run). Brazilian vaquesjada rodeo film directed by Gabriel Mascaro is a rural blend of bulls, bullshit, eau de cologne and sex. Itinerant cowhand (Juliano Cazarré) dreams of becoming a fashion designer. He makes sexy dresses for a truck driver who makes extra money as a table dancer. He ends up having sex with a pregnant security guard on a table in a textile factory. Animal rights activists may object to what happens to the bulls and a prize stallion. Actors’ equity may object to what actors have to do in rehearsal let alone on screen.