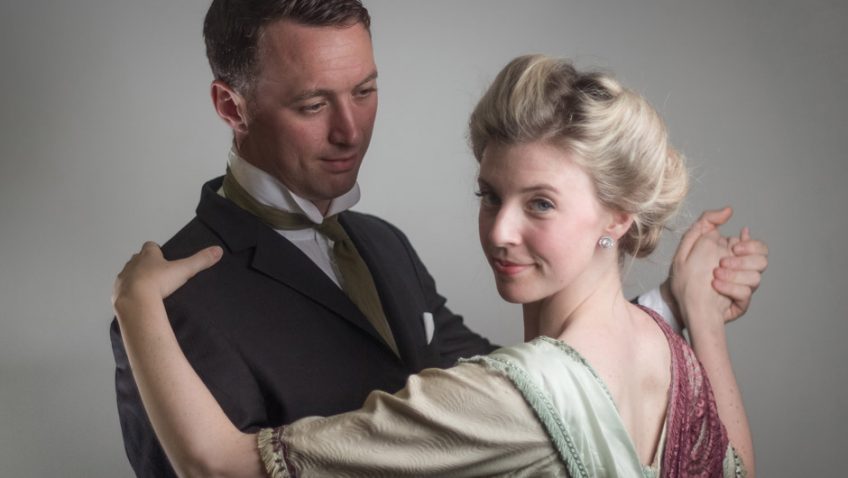 Rare revival of a comedy by Cecily Hamilton, a major feminist writer in the Edwardian era

The Finborough Theatre, under the artistic direction of Neil McPherson, is particularly successful at rediscovering neglected playwrights.

The latest rediscovery is Cecily Hamilton (1872-1952), actress, playwright, novelist, teacher, journalist, who described herself as a feminist rather than a suffragist. Philippa Quinn in Just To Get Married

Hamilton had a life-long commitment for improving the options for women’s financial security and self-esteem.

She joined the Woman’s Social and Political Union and wrote the words to their anthem, March of the Women. She was also the author of the satirical play, How The Vote Was Won in 1909.

Her most famous play is Diana of Dobson’s, which premiered in 1908 and is about an Edwardian shop-assistant, a mouthpiece for millions of inarticulate, exploited, bullied and patronised shop-girls.

Just to Get Married premiered at the Coronet Theatre in Notting Hill Gate in 1910 and this is its first London revival in 100 years. It is well worth reviving.

Marriage was an economic necessity for most women, a theme which Hamilton had already developed in 1908 in her witty polemic, Marriage as a Trade.

“It is not easy,” she wrote, “for self-respecting woman to find a mate with whom she can live on the terms demanded by her self-respect.”

29-year-old Georgiana Vicary does not want to be a poor relation all her life and subservient to her aunt and uncle’s authority.

She wants to get married. Marriage would secure her future financially. Can she get Adam Lankester to make a declaration of love and propose to her?

Will she go through with a wedding to a man she does not love? Lankester is a good, kind man, thoroughly decent, but shy and a bit on the dull side. He worships her. How will her family react to her moral scruples?

The final scene provides the ending an Edwardian theatregoer would want. Today’s theatregoers might prefer something more ambiguous.

The revival is directed by Melissa Dunne and the two leading roles, not the easiest to act, are extremely well acted by Philippa Quinn and Jonny McPherson.