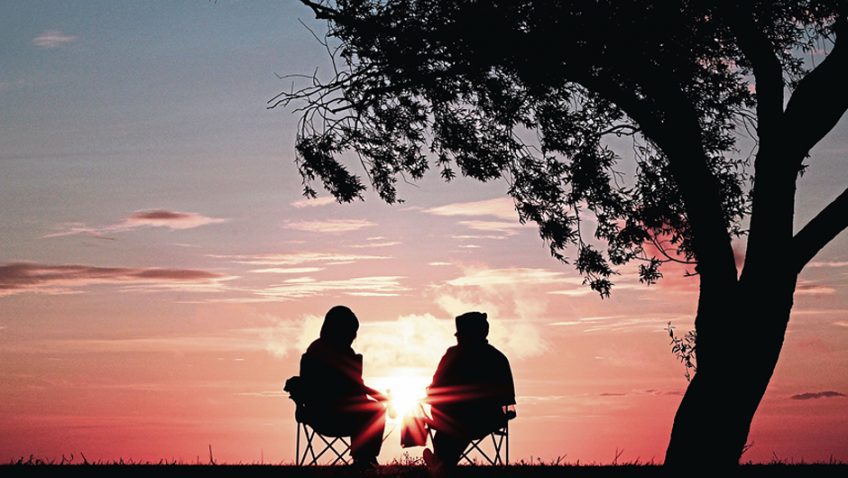 Kiss me quick, but love me later

Research shows that relationships move FASTER over the age of 50

From first kiss to saying those three little words, new research from new dating site, Ourtime, has revealed that relationships move faster once daters are over the age of 50.

Over three quarters (77 per cent) of those aged over 50 claim they would kiss a partner for the first time in week one, in comparison to 66 per cent of younger daters. Before making the move, 67 per cent of silver daters would feel confident in holding their partner’s hand within a week of dating (compared to 62 per cent of those aged 18-24).

The over 50s are equally confident when it comes to the bedroom department, as almost a quarter (24 per cent) are happy to whip their clothes off with the lights on within the first week of dating (compared to just nine per cent of younger daters). Moreover, nearly a quarter (24 per cent) of the older generation also said they’d sleep with a new partner on or before the one month mark, compared to just 18 per cent of those aged 18-24.

When it comes to the more serious relationship milestones, on the whole, silver daters are again willing to commit much sooner. Older daters are more than twice as likely (47 per cent) to have the exclusivity chat and discuss the future of their relationship within the first six months (compared to 21 per cent of younger daters). After defining their relationship, romantic getaways are the next priority, with it taking just under eight months (243 days) to jet off on holiday – 218 days (seven months) more quickly than their younger counterparts.

However, saying those all-important words – ‘I love you’ – is not something the more experienced dater rushes into, with the over 50s taking on average 164 days to utter the phrase, 22 days longer than the younger generation (142 days).

After the declaration of love takes place, older daters speed it up again, and will move in together after one year and eight months (624 days), compared to two years and four months for younger couples (858 days).

Jo Hemmings, Ourtime Dating expert, comments: “These findings show that the over 50s reassuringly have confidence and are young at heart when it comes to dating. They are ready to meet a partner, they know themselves, and are keen to embrace all that a new relationship offers. Whether it’s the first kiss or introducing their date to a friend, it shows that more mature singles are keen to get on with meeting and matching.”