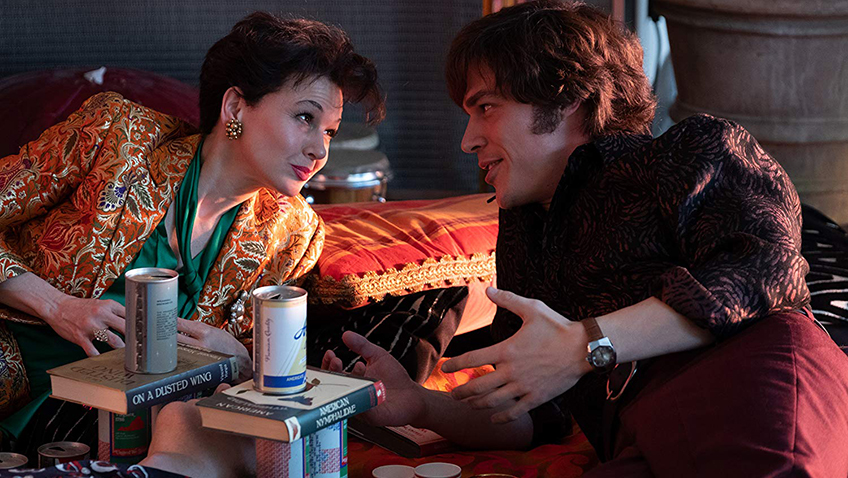 Judy (Pathe). Judy Garland was much loved by the public. One of the most memorable events of my theatregoing life was to see Garland on the London stage at the Dominion Theatre in 1957 when she was still at her very best. Rupert Goold heartfelt celebration shows her in decline performing at the Talk of the Town nightclub in 1963, booze and pills having taken their massive toll. She was broke and needed the money. Six months later she was dead. She was 47. There are flashbacks to her childhood in Hollywood where she is so overworked that she has to take pills to stay awake and pills to send her to sleep. Renée Zellweger’s transformation, facially, physically, vocally, is amazing and deservedly won her an Oscar for Best Actress.

Pain and Glory (Pathe). Pedro Almodóvar has a passion for film making. “Cinema is my life and my life is cinema. Without film my life would be meaningless.” An aged, ailing film director (Antonio Banderas), physically and mentally in pain, listless, is suffering from writer’s block and depression and relying on authorised and unauthorised drugs to see him though the day. He remembers his childhood in a village cave house when he was nine (Asier Flores) and taught an illiterate young mason (César Vicente) how to read and write. He is reunited with two ex-lovers. Almodóvar’s quasi-autobiographical memory film is notably subdued and not at all brash and flamboyant as of old. Banderas, vulnerable and sad, is beautifully understated. Penélope Cruz and Julieta Serrano play his mother, young and old .

American Factory (Netflix). Steven Bognar and Julia Reichert’s documentary about American labour won an Oscar for Best Documentary. Fuyao, the Chinese Glass Company, tookover an abandoned American factory. Two different cultures failed to integrate. They had different work ethics. The Chinese are indoctrinated daily to think the point of living is to work and to work harder and to work longer. The propaganda is relentless. The cost of efficiency, human and financial, is enormous. Holidays are few. Family life is nil. Unions are not tolerated. Health and safety rules are ignored.

Gemini Man (Paramount). Ang Lee (who 20 years ago directed the thrilling Crouching Tiger, Hidden Dragon) directs this poor action thriller, full of boring dialogue, unconvincing fights and cheap music. A man, trained to be the perfect assassin, develops a conscience and wants to retire. Another man, who has the same DNA as he has, is sent to kill him. Thanks to digital rejuvenation Will Smith is able to play his 51-year-old self and his 24 year-old clone and spends the whole movie trying to kill himself. The best action sequence is a motorbike chase.