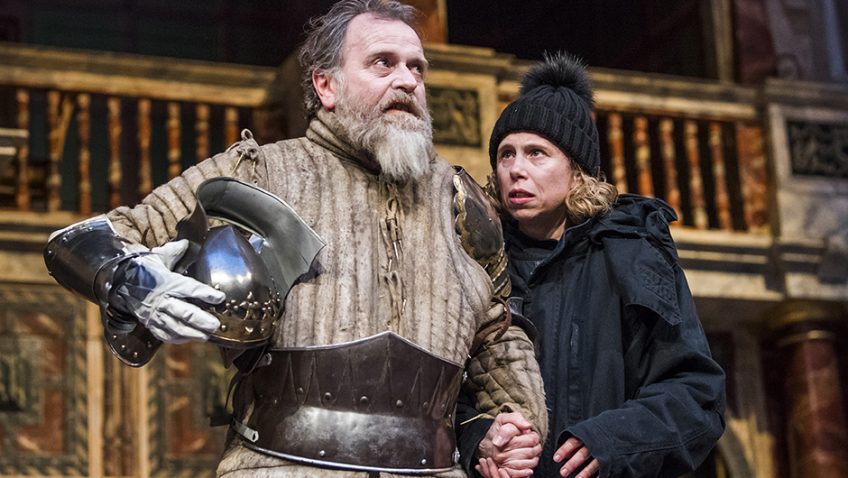 Robert Tanitch reviews Hamlet and As You Like it at Shakespeare’s Globe, London SE1.

Michelle Terry, the new artistic director of Shakespeare’s Globe Theatre has promised diverse casting in terms of sex, race and disability, and a 50-50 split between men and women.

Her first season opens with Hamlet and As You Like It, both directed by Federay Holmes and Elle While and acted by the same ensemble of twelve gender-equal actors.

The critics were invited to see both plays on the same day, matinee and evening. 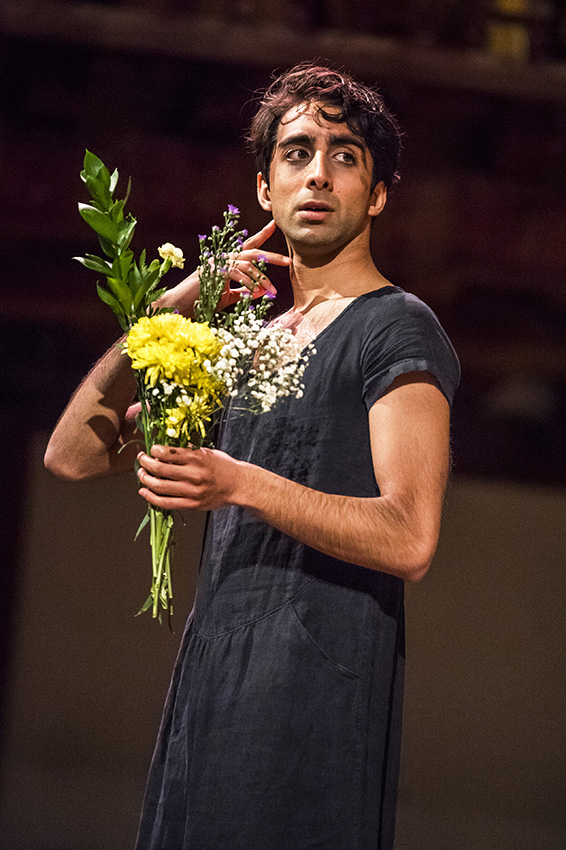 There is not one over-riding directorial concept; the production is everybody’s concept, directors’, actors’ and designer Ellan Parry’s, and both plays are the weaker for it.

Terry and the directors did, however, decide on the cross-casting before rehearsals began.

Male roles such as Hamlet, Laertes and Horatio in Hamlet are played by women. Ophelia is played by a man.

Not all the cross-casting works; and it is to the detriment of both plays.

The clown costume Terry puts on, when Hamlet is pretending to be mad, diminishes her performance. She is at her best in her scenes with the Ghost of her murdered father (Colin Hurley) when she is weeping buckets. Frailty, thy name is woman.

Jack Laskey, (who has successfully played Orlando at the Globe) is cast as Rosalind, the most enchanting of all Shakespeare’s females. He is not the first actor to do so. 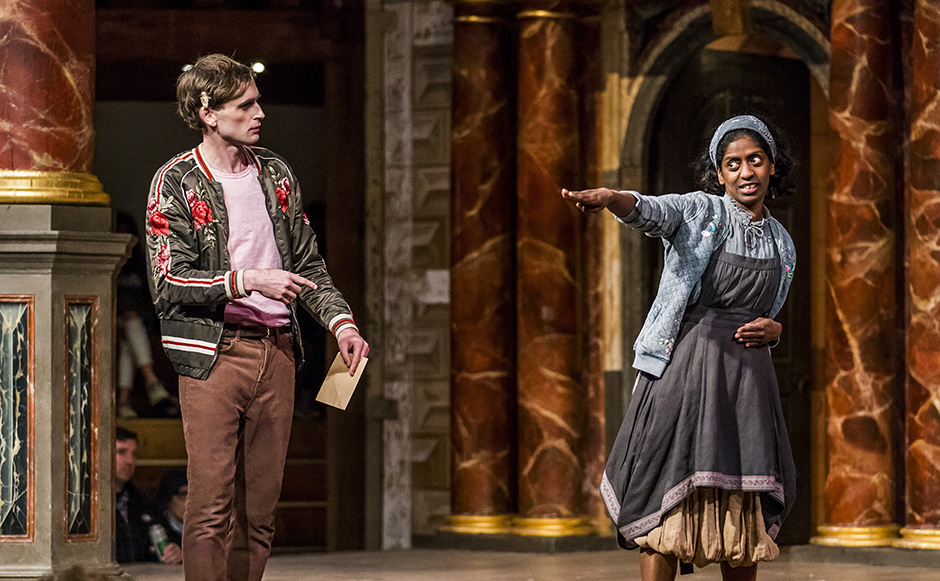 Jack Laskey and Nadia Nadarajah in As You Like It

The role was created in 1599 by an uncommonly tall boy actor and Rosalind been played by Ronald Pickup in an all male production by Clifford Williams in 1967 at the National Theatre and also by Adrian Lester in an all-male production by Declan Donnellan for Cheek by Jowl in 1991. Surprisingly there was nothing homoerotic about either production; nor is there in the present one.

Jack Laskey in his opening scenes looks like a man in a dress. He is at his most engaging when Rosalind is disguised as a man. He holds the stage completely with his humorous and charismatic performance, but I never thought I was watching a woman pretending to be a man. He remained a man.

The casting of Bettrys Jones, an actor is so very much smaller than Laskey, as Orlando, is not a good idea.

The casting of the deaf actress Nadia Nadarajah as Celia in As You Like It is a very interesting gimmick because the actress is so delightful. It means, of course, that all her dialogue is delivered in sign language and has to be translated by Rosalind, which is fair enough.

Nadarajah’s casting as Guildenstern, however, does not work as well; mainly because neither she nor Pearce Quigley as Rosencrantz is believable as Hamlet’s best mate.