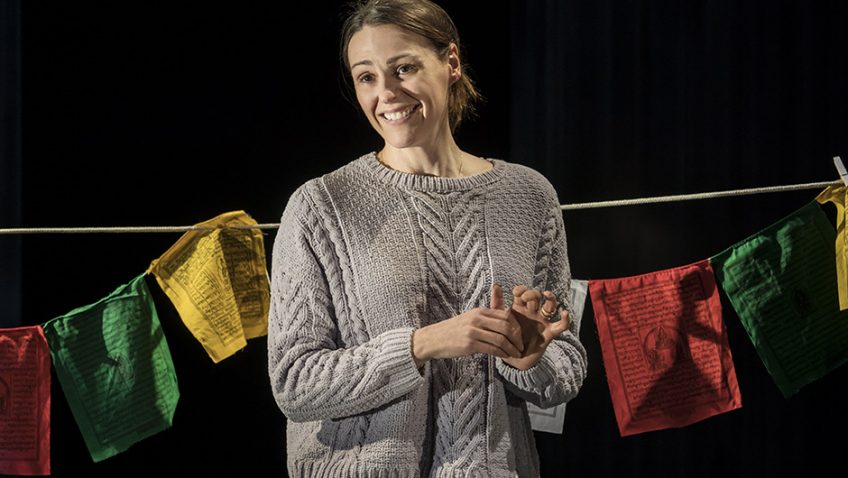 A 10-year-old girl has been abducted, abused and killed by a serial killer; but it takes the police 20 years to find him and the girl’s body.

Bryony Lavery’s multi-award-winning psychological thriller premiered in 1998 and is about retribution, remorse and redemption. There are just three characters: the girl’s grieving mother, a grieving criminal psychiatrist and the paedophile. 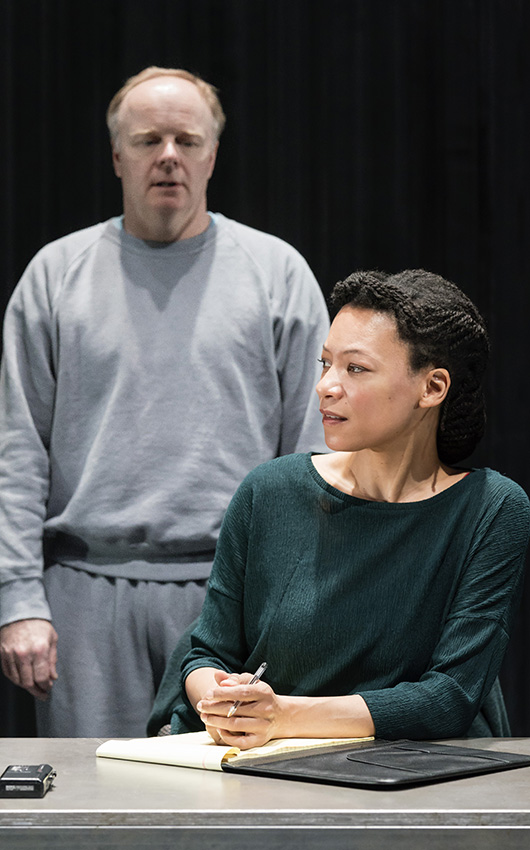 It is the sort of play you would expect to be revived in a small theatre on the fringe. Instead it is being staged in the plushest theatre in the West End and Jonathan Mumby, the director, feels obliged to give it a big production.

Frozen is written in a series of monologues and only very occasionally in duologues. It is the big scene between the grieving mother and the serial killer that you wait for; and when it finally comes it does not disappoint.

Jason Watkins, best known for his work in comedy in theatre (A Servant to Two Masters) and television (W1A), is particularly impressive as the creepy, unrepentant paedophile, who loves nothing better than murdering little girls and thinks it should be legal.

To hear Watkins saying “Hello” to a little girl really is chilling.

When he asks the psychiatrist (Nina Sosanya) if his Behaviour is out of order, she replies it is but quickly adds that it is not his fault, because he suffered physical damage to his brain when he was a child.

So is this particular serial killer evil or sick? Should the mother forgive him? Or should he be made to suffer, too, an eye for an eye, and all that?

Forgiveness, according to Marina Cantacuzino, Founder of The Forgiveness Charity and quoted in the programme, “is nothing more than an act of self-healing and empowerment.

“Pain is always the motivator for forgiveness. Trauma tends to freeze things in time while forgiveness thaws the wounds.”

Suranne Jones, who has had a big success in Doctor Foster on TV, is the distraught mother, initially bent on revenge and who, ironically, finally achieves it through forgiveness.