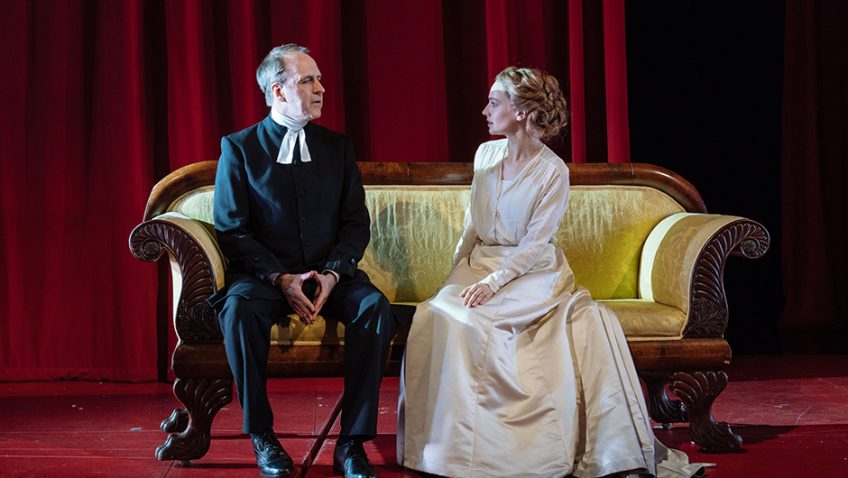 Ingmar Bergman’s masterpiece has been screened in different lengths. First there was the 5-hour television miniseries, then there was the 188-minute version for cinemas and now there is a stage adaptation by Stephen Beresford which lasts 3 hours 30 minutes including two intervals of 15 minutes.

Do not be put off by the length. Such is the excellence of the script, the direction, the design and the cast that it doesn’t feel that long at all. And if you think you are in for a bleak, gloomy and deeply pessimistic evening, think again. 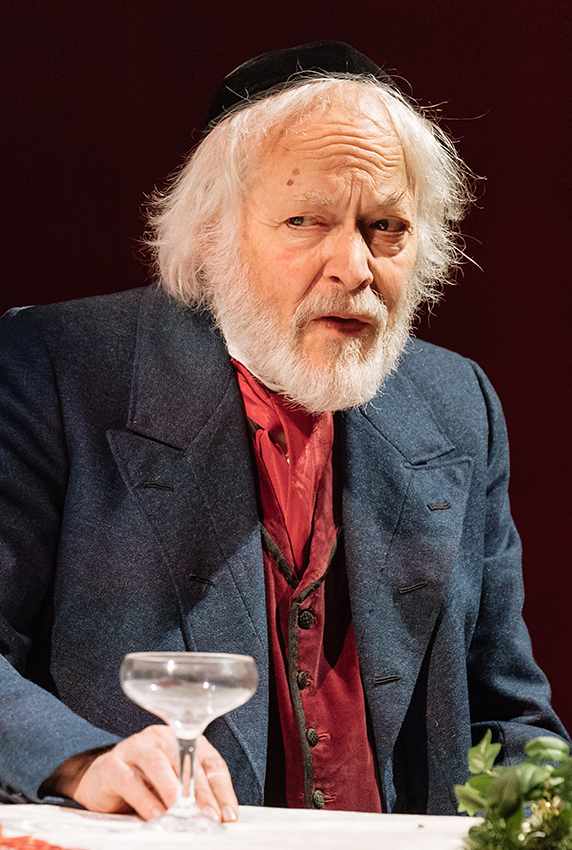 Michael Pennington in Fanny and Alexander

The semi-autobiographical, multi-award winning Fanny & Alexander, released in 1982, was Bergman’s very last film and so accessible that it doesn’t feel like a Bergman film at all.

Bergman is famed as a film director but he was also a prolific stage director and Fanny & Alexander is very theatrical in its mixture of comedy, tragedy, farce and mystical fairy tale horror with ghosts and Death in cowl with scythe.

The script chronicles a year (1910) in the lives of Fanny and Alexander who are the children of two actors who run the local theatre in Upsalla (Bergman’s birthplace). The father dies unexpectedly and their mother marries a brutal Bishop.

Max Webster’s production has a tremendous sweep and Tom Pye’s designs vividly contrast the warmth of the actor’s home and the coldness of the Bishop’s palace. The scene at the long dinner table is one of the high spots. The mouth-watering menus are an amusing running gag.

The cast is head by Penelope Wilton who plays the materfamilias with wit. She is surrounded by good actors: Catherine Walker as the children’s mother, Michael Pennington as the Jewish moneylender and Jonathan Slinger as a philanderer whose verbal attack on the Bishop wins him a round of applause.

Kevin Doyle as the abusive Bishop, who canes Alexander viciously ten times and then locks him in a cold attic room, is a truly frightening figure. “I punish you out of love,” he tells the boy.

Alexander, the mouthpiece for Bergman’s atheism, is played by four different young actors. I saw Misha Handley who is excellent. 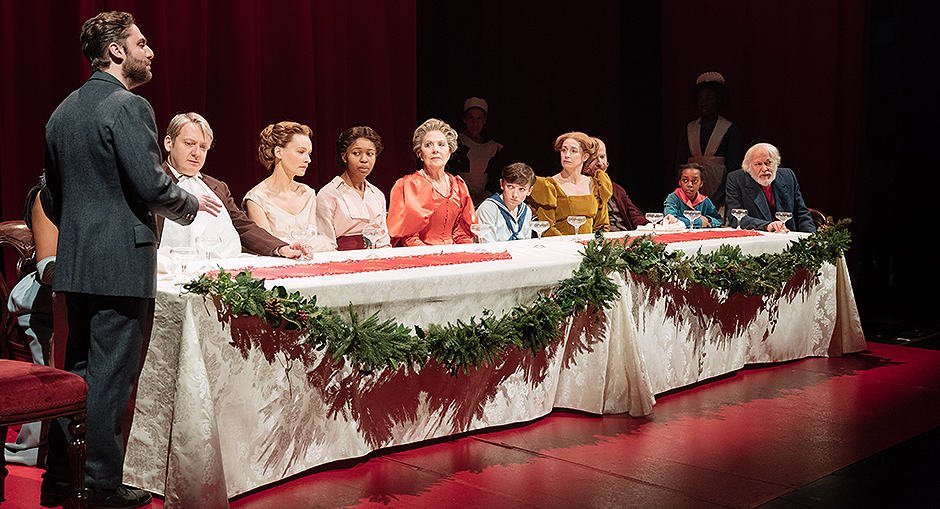 The cast of Fanny and Alexander