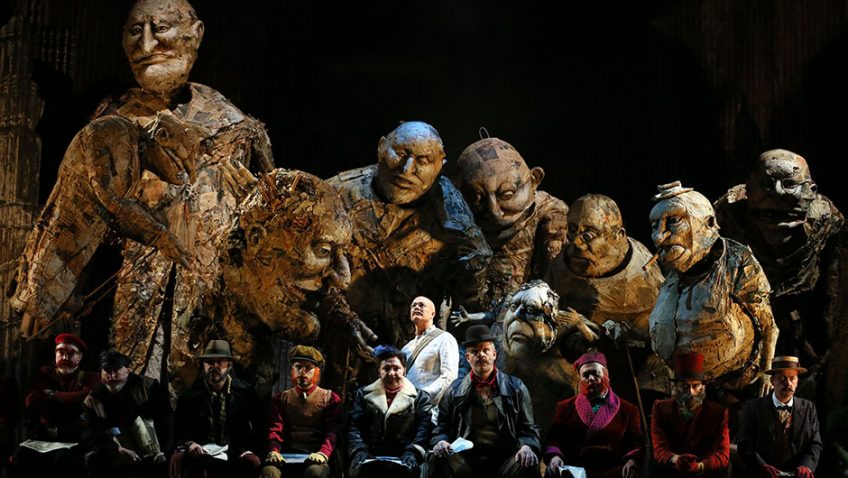 Philip Glass’s opera is a multi-layer and non-linear meditation on Gandhi’s philosophy of non-violent resistance.

There is no single word for non-violence in the English language. Satyagraha actually means “the power of truth.”

The music, mystical and serene, is challenging for musicians, singers, directors, designers and audience. The repetition, the minimalism, the steady beat, the rotating rhythm is mesmerising. 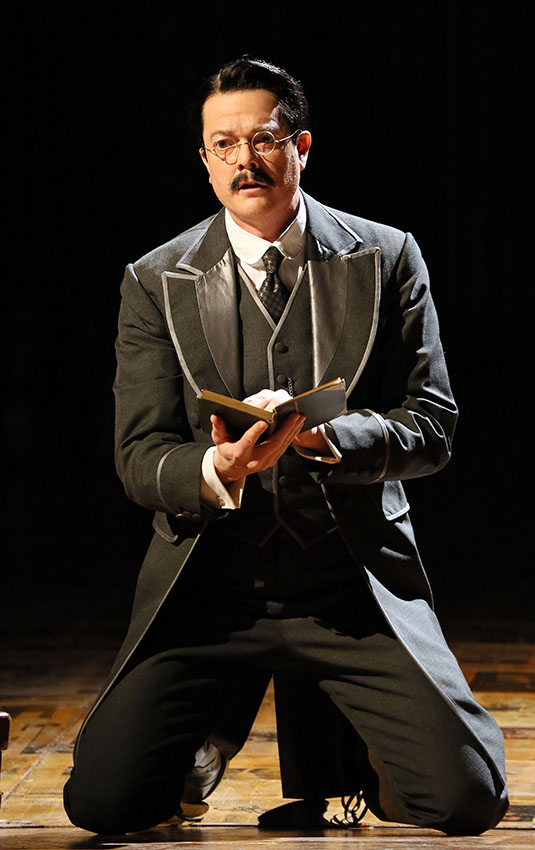 Glass regards Einstein on the Beach (1976), Satyagraha (1979) and Akhnaten (1984) as a trilogy with its three revolutionaries in the spheres of science, politics and religion.

There is no plot. Satyagraha is not a biography like the Richard Attenborough/Ben Kingsley film.

Satyagraha is a spiritual journey. The language in which it is sung is the Sanskrit of the Bhagavada Gata, a meditation on how to prepare spiritually for combat.

There are no sur-titles. The translated text is projected directly on to the scenery.

Three icons of non-violent resistance are figured: Leo Tolstoy in Act 1. Rabindranath Tagore in Act 2. Martin Luther King in Act 3. They are silent roles. The actor who plays King has to do the most mime.

Phelim McDermott’s staging in slow motion is full of memorable images. The cast often stand or sit in straight lines and it is amazingly effective.

Gandhi is bombarded with paper balls. A woman all in white and carrying a parasol is harassed. Paper maché giants stalk the stage. A crocodile, made out of wicker baskets, crosses the stage.

Particularly striking is the use of newspapers and there is one stunning scene when a huge ball of newspapers becomes animated and has a life of its own, breathing in and out, rising and falling.

The set designer is Julian Crouch, who is also the associate director and famed for Shockheaded Peter. Only Act 3, an eternity of contemplation, goes on just that bit too long.

Toby Spence’s Gandhi, impressively sung, is a calming presence. The orchestra, conducted by Karen Komensek, is terrific. So, too, are the singers and the chorus.

Satyagraha is an extraordinary work. Vocally and visually, it is an unforgettable experience.