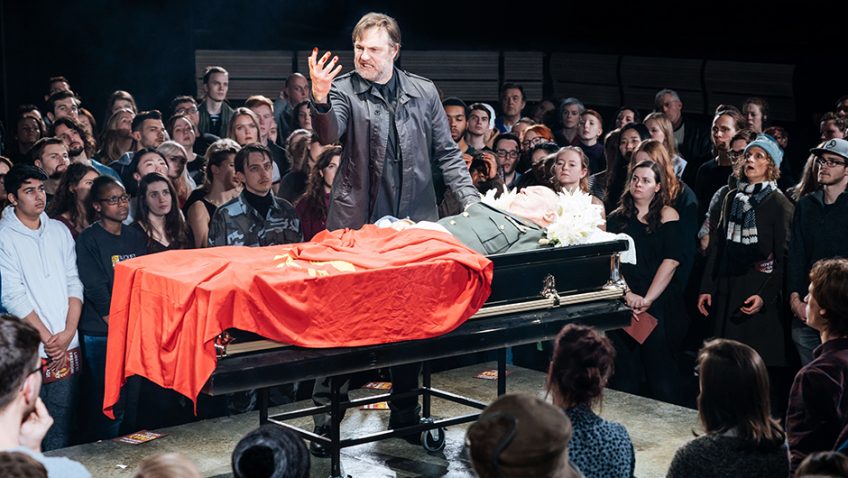 You can stand or you can sit for Nicholas Hytner’s in-the-round, promenade, and modern dress production designed by Bunny Christie. Either way you are in for something special.

Julius Caesar is one of the best political thrillers ever written. It is always topical and will continue to be pertinent as long as there are dictators, bloody coups and rampaging crowds. 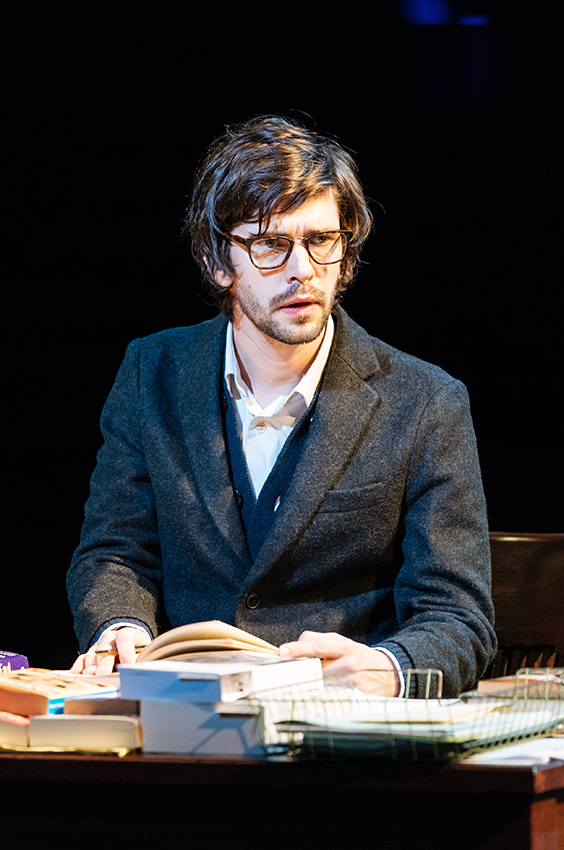 The play’s popularity in the UK began with Herbert Beerbohm Tree’s spectacular production designed by Alma Tadema in 1898.

Nowadays theatre managers can no longer afford the huge crowds Tree could command. Hytner gets the paying public to be the crowd. There are 400 immersive standing tickets at £25.

The Bridge Theatre is a highly flexible theatre. You can be sitting in the three circular tiers, observing the actors and the crowd, or you can be right there in the middle of the action, incredibly close to the actors, who perform on rising and falling platforms.

The crowd takes centre stage. It is their constant presence which gives Hytner’s production its immediacy and urgency and this is particularly so when we get to the assassination, the speeches in the forum, the murder of Cinna, the poet and the battle scenes.

The excitement is visceral. The audience ducks when the shooting begins.

There is a strong cast. Ben Whishaw is an intellectual Brutus, steeped in books; politically naive and totally inexperienced in warfare, he makes three fatal decisions.

David Morrissey’s Antony is a blunt man who can easily whip up the fickle, gullible crowd to mutiny. David Calder reveals the dictator Caesar is the moment he is challenged

Leaphia Darko is Portia. Two males, Cassius and Casca, have been made female and are played by Michelle Fairley and Adjoa Andoh.

The extremely efficient stage-management is kept incredibly busy throughout. Their sterling work is very properly acknowledged when they take a curtain call with the actors.