Home / LIFESTYLE / REVIEWS > / THEATRE REVIEWS / A new play by Alan Bennett is cause for rejoicing. Allelujah! 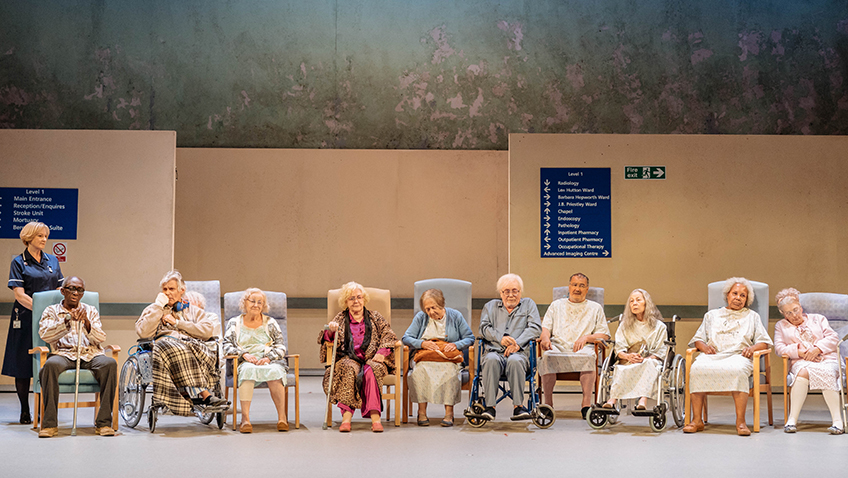 A new play by Alan Bennett is cause for rejoicing. Allelujah!

Alan Bennett has always said that Nicholas Hytner makes his plays much funnier than they would otherwise have been. They have worked together since his adaptation of The Wind of the Willows in 1990 and their successes have included The Madness of George III, The Lady in the Van and The History Boys.

The National Health Service, which is celebrating its 70th, is something to die for.

The NHS hasn’t been on the London stage since 1969 when the National Theatre, still at The Old Vic, staged Peter Nichols’ The National Health. 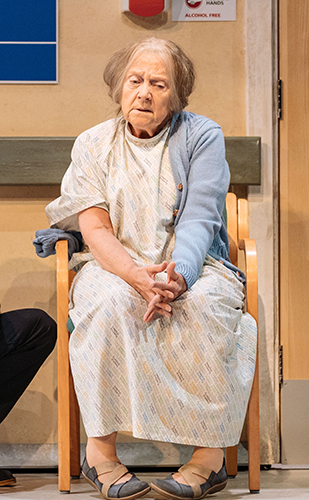 There was also a savage film about the NHS by David Sherwin, directed by Lindsay Anderson in 1982, and called Britannia Hospital, starring Leonard Rossiter.

The NHS today is currently facing the biggest challenge of its existence. It is estimated without radical change to the way the system works, the NHS will be unsustainable.

Alan Bennett’s Allelujah! is an angry commentary on the social care system and is set in a geriatric ward of a Yorkshire hospital which is threatened with closure, following a financial crisis and a chronic shortage of beds.

A government management consult (Samuel Barnett) believes the hospital’s cradle to grave service is out of date. He argues that if it is profitable, the question is why is it not in the private sector? He wants hospitals to be privatised.

One of the nicest things about Hytner’s well-cast production, efficiently designed by Bob Crowley, is casting of the patients with older actors who were big names in the past. They sing old songs, twelve of them, including You Made Me Love You and Get Happy. They also regularly get up out of their chairs to dance just a bit too much. 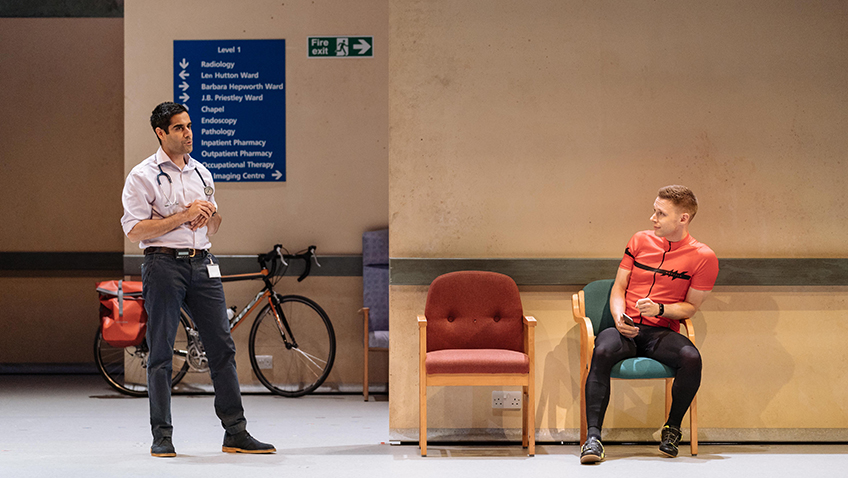 “Don’t leave it too late to die,” is the advice of the ward sister (Deborah Findlay) who thinks none of the patients should be sticking around long enough to form a choir. She has a plan to solve the problem of too many patients and too few beds and nowhere for the patients to go, the care homes being full and families not wanting them. Woe betide anybody who is incontinent!

The Gosport War Memorial Hospital has been in the news recently.

An Asian doctor is in danger of deportation, his visa having run out and being accused by some to be too touchy-feely. The kind humane doctor is a reminder how much the NHS depends on immigrants.

The doctor is played by Sacha Dhawan and he and Samuel Barnett were two of the boys in Alan Bennett’s The History Boys.

There is good support from Peter Forbes as the Chairman of the Hospital Trust and Jeff Rawle as bad-tempered father of the management consultant, an ex-miner, who deeply resents having a gay for a son.