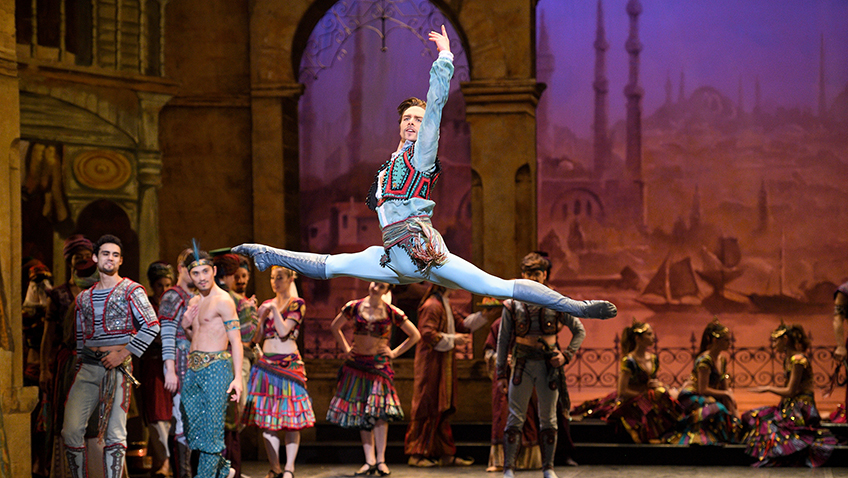 Lord Byron dashed off his epic poem, The Corsaire, in ten days. Published on 1 February, 1811, it sold 10,000 copies on the very first day. The poem inspired Berlioz to write an Overture and Verdi to write what many people consider his worst opera.

There have been many ballets since and the most influential version is by Marius Petipa which premiered in 1899. 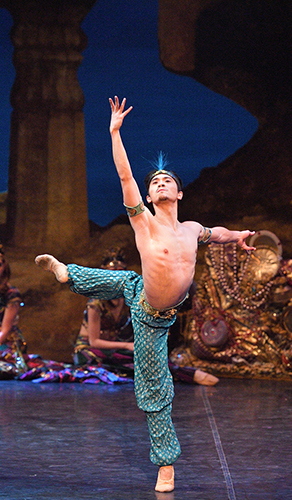 One of the most thrilling moments of my theatregoing life was seeing Rudolph Nureyev in the pas de deux in the second act, a dazzling display of tartarian pyrotechnics. His soaring leaps were so high and so fast that you could hear the audience taking in its collective breath. The dancing lasted 10 minutes. The applause went on for 20 minutes.

The pas de deux is regularly revived on its own; the full ballet rarely so. English National Ballet is the first British company to stage Le Corsaire and their version has been completely re-imagined by Anna-Maria Holmes with acknowledgements to Petipa and Konstantin Sergeyev.

The sets and costumes are by Bob Ringwood. The conductor is Gavin Sutherland.

The story-line is weak. Nobody cares whether pirate Conrad (Francesco Gabriele Frola) saves slave girl Medora (Erina Takahashi) from a life in the Pasha’s harem or not.

Audiences go to Le Corsaire solely for the virtuoso dancing and they will not be disappointed.

The high spot is the thrilling pas d’action with its high leaps, lifts and fast fouettes by Fola, Takahashi and Cirio. The Pasha’s dream fantasy garden of flowers has considerable charm.

Jeffrey Cirio (as Ali, Conrad’s slave) and Brooklyn Mack (as the smiling slave trader Lankendem) make a strong impact physically. Erik Woolhouse (as the swaggering conceited and traitorous Birbante) is the most convincing pirate on stage. 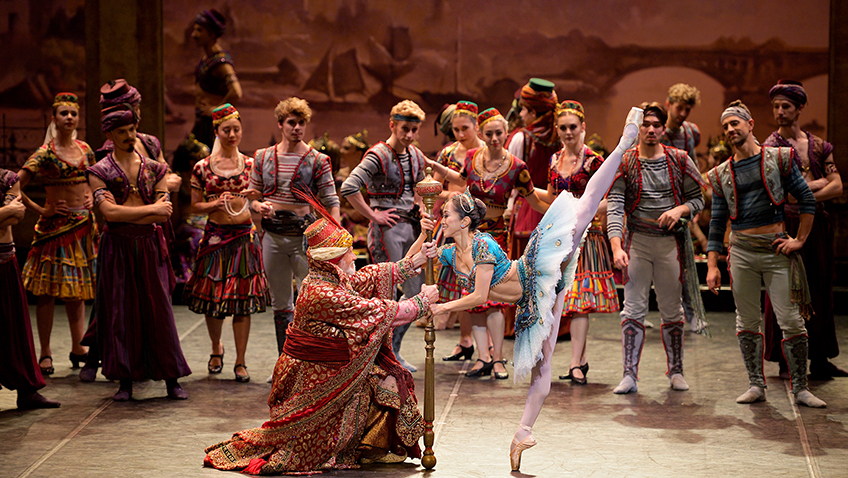 The music by ten composers is often at a circus level. The sensational shipwreck climax, sadly, has none of the sensation a 19th century actor-playwright- stage-manger such as Dion Boucicault would have brought to it.

Le Corsaire is a splendid showcase for English National Ballet celebrating its 70th anniversary this year.