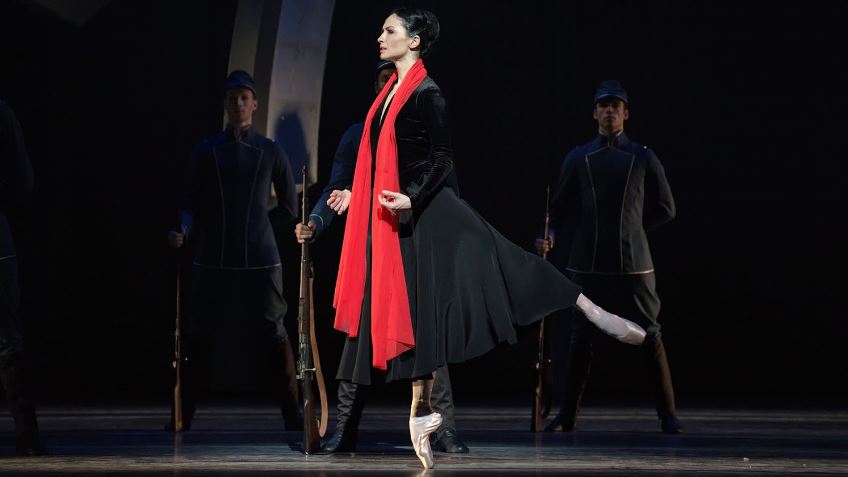 What better title for the box office than Mata Hari?

She was born in the Netherlands in 1876. She became a famous exotic dancer when she performed a Javanese temple dance in Paris in 1905.

She was an exhibitionist rather than a dancer. She danced naked. The Ballets Russes resisted her overtures

She became a famous poule de luxe. She had many admirers in the military and in the government on both the French side and German side during World War 1.

“I am a woman who enjoys herself very much; sometime I lose, sometimes I win.”

She was found guilty of espionage for the Germans and executed by a French firing squad on 10 October 1917. She refused a blindfold. She was 41.

Her story has been filmed many times and even turned into a musical. Mata Hari has been played by Greta Garbo and Jeanne Moreau.

The ballet, created by choreographer Ted Brandsen for Dutch National Ballet 2016, takes the audience on a lively journey from the Netherlands to Paris to the Dutch East Indies, to touring Europe and then back to Paris and World War 1.

There is always plenty going on: drama, classical ballet and spectacle. Nobody will care that Janine Brogt’s libretto is not historically accurate.

Anna Tsycankova is impressive as a dancer and as an actor. There is a lot of deeply felt emotion; but I never believed for one moment that she was Mata Hari.

Casey Heard is her brutal husband who rapes her. Josef Varga is the German general who gets her to spy for Germany. Arthur Shesterikov is the Russian pilot fighting for the French and she loves him most of all.

You can watch the ballet by clicking here.