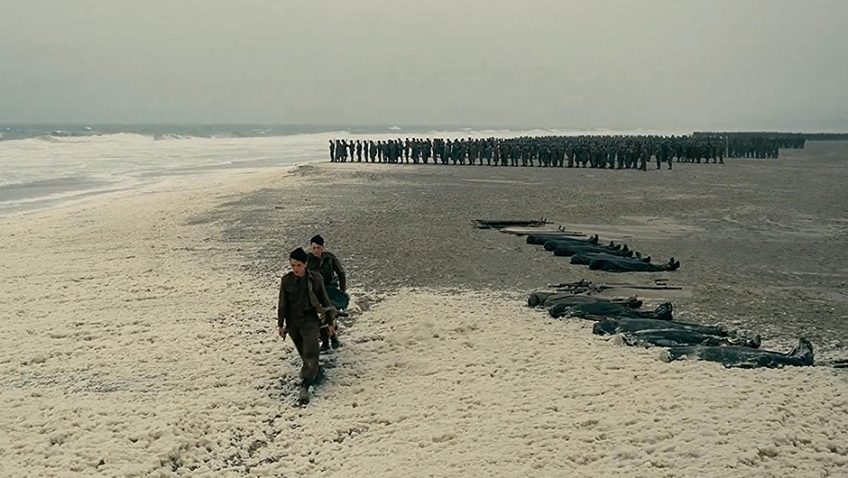 The biggest evacuation in military history – the Miracle of Dunkirk

Dunkirk (Warner Brothers). 26 May to 4 June 1940: Operation Dynamo. 400,000 trapped on the Normandy beaches wait in queues to be rescued whilst being strafed and bombed. 338,000 are saved. It’s a miracle. Christopher Nolan’s epic film is a visceral experience on land, sea and air, the catastrophe, the sheer horror, the race against time, the urgency brilliantly caught. It feels authentic. It is as if we are right there in the middle of it all. Hans Zimmer provides a relentless pulsating score which only relaxes when the arrival of the flotilla of little civilian boats is heralded by a pastiche of Elgar’s Nimrod. It is impossible not to be moved.

Detroit (Entertainment One), directed by Kathryn Bigelow, famed for The Hurt Locker, gives a brutal and shocking account of the riots in 1967 which were so bad the National Guard had to be brought in. Bigelow hones in on one particularly nasty incident when an innocent black band found themselves in the wrong place at the wrong time, in a motel and suspected of being snipers taking pot-shot at the police. The blacks are abused, beaten and three of them are murdered. The brutality is such that it is not as easy film to watch. Will Poulter is the racist policeman. Algee Smith is the band leader. John Boyega is the hapless security guard who can do nothing.

The Limehouse Golem (Lionsgate) is a complex Victorian thriller directed by Juan Carlos Medina. A serial killer is on the loose in London in the 1880s. The leading characters all make a living in the music hall. Bill Nighy is the detective who wants to save an artiste (Olivia Cooke) who stands accused of poisoning her husband (Sam Reid) a playwright, who could be the serial killer. Unlikely suspects include Karl Marx, George Gissing and the greatest music hall comedian of the day, Dan Leno (Douglas Booth). Nighy (detective) and Daniel Mays (London bobby) could be a good double act for any future “penny dreadful” crime project.

LA 92 (National Geographic) is a major documentary by Daniel Lindsay and T.J. Martin about the riots, looting and arson in Los Angeles in 1992 which followed the brutal beating of Rodney King, a black man, by the police which had been caught on videotape. Brought to trial a white jury found the police not guilty. At the same time an American-Korean shopkeeper shot dead a 15-year-old black girl, whom she thought was stealing fruit juice. Her punishment: probation. The violent reaction was so devastating that the troops had to be brought in to restore law and order. There is no commentary. The directors let the archive footage say it all.

American Made (Universal) is based on the true story of Barry Seal, a TWA pilot who turns spy and smuggler working for the CIA, a Columbian drug cartel and The White House, taking reconnaissance photographs and delivering guns. He flies a fancy aeroplane and makes so much money for himself that he runs out of places to hide the cash. Doug Liman directs, uncertain what the tone should be. Tom Cruise smiles a lot but doesn’t do much acting. The film is superficial and desperately lacks the bite, thrills and satire the subject needs.