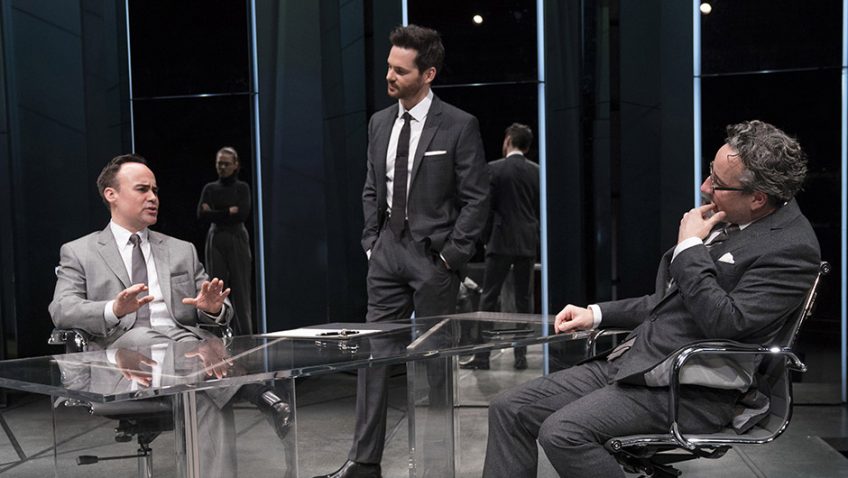 American playwright Sarah Burgess takes a sharp look at capitalism and corporate social responsibility. The play is about high finance and low morality. 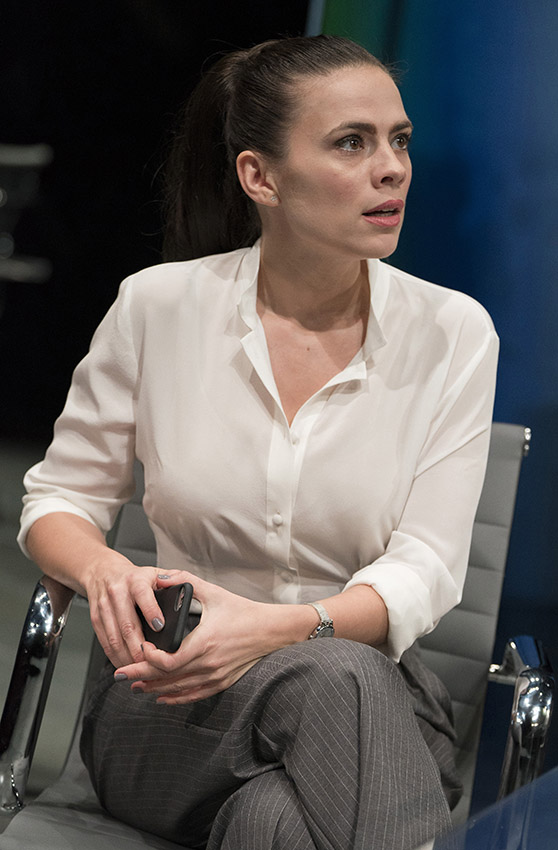 The satire is familiar. We have been here many times before on stage, screen and television. Big Business has always had a bad press. What better way to spend one’s day than striking deals and stripping companies?

The four characters are private equity fund managers in New York and they are making major decisions which will affect the American work force. A bonus is a powerful inducement to do what is best for one’s own interests.

A chairman has the opportunity to buy a failing company who make bespoke suitcases for businessmen. It is going at a bargain price. He has two rival advisers, one male, the other female.

The man wants to do the decent thing by the work force. The woman wants to dismantle the company and set up a factory in Bangladesh and tap the Chinese market and couldn’t care less if Americans lose their jobs. She is a ruthless workaholic.

The chairman has just had a major PR disaster, having given an extremely lavish party on the very day he was sacking the work force in a grocery chain. He doesn’t want another PR disaster.

The language is crisp and barbed. Initially, I had difficulty with the financial jargon, especially when Hayley Atwell was speaking. Surprisingly, I found it didn’t matter. I was totally held by the acting and the interplay between the actors. The dynamics work.

The production looks smart and business-like. The set is all shards of glass and revolving mirrors. Anna Ledwich directs. Aidan McArdle is the buyer. Joseph Balderrama is the seller. Atwell and Tom Riley are the sparring advisers. Riley is a stylish actor.