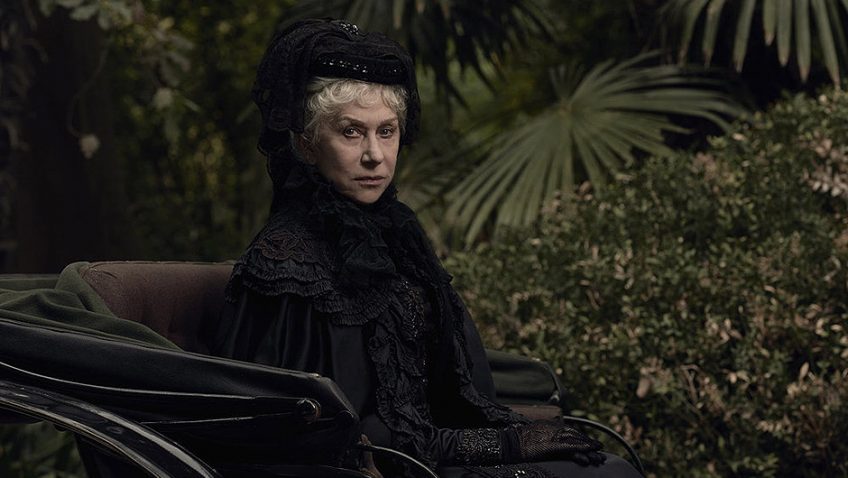 A great premise and Helen Mirren – shame about the movie

Australian twin brothers Peter and Michael Spierig are to be commended for finding a fantastic film premise, but they have a lot to answer for in wasting so much potential in the film’s execution. The Spierig brothers work in the horror and sci-fi genres and, on the strength of the positive reviews for their last film as writer/directors, Predestination, Helen Mirren signed up to co-star as the eponymous heroine of Winchester

Beyond the brothers’ uneven track record, however, Mirren must have been attracted to the promising and blatantly topical story behind her real-life character, and who could blame her? Sarah Lockwood Winchester was the widow of Oliver Winchester, owner of the Winchester Repeating Arms Company whose ‘Henry’ guns helped the Union army units win the Civil War. The 1873 model was called ‘The Gun that Won the West’, and the 1866 Yellow Gun was exported for foreign wars.

Following the death in infancy of her only child in 1866 and then of her husband in 1881, Sarah, only 40-years-old, was left with a huge fortune and co-ownership of the company. Not mentioned in the film, which takes place in 1906, is that after her husband’s death, Sarah, her niece and her sister moved from New England to San Jose, California where she began transforming an ordinary farmhouse into the largest and most unusual Southern Gothic mansion in the world. Even the house in Darren Aronofsky’s horror movie, Mother! cannot compare, but Sarah’s house is real and is today a major tourist attraction.

In the film, Sarah lives with her niece (Sarah Snook) a widow and her sleep-walking son Henry (Finn Scicluna-O’Prey) – perhaps named after the Winchester ‘Henry’ gun patented by Benjamin Tyler Henry. Sarah’s daily additions to the house (a building crew is in permanent employment at the site) are so extravagantly obsessive and her séances with ghosts so eccentric, that the Board of Directors hires psychologist Eric Price (Jason Clarke) to assess whether she is mentally fit to hold 51% of the company. 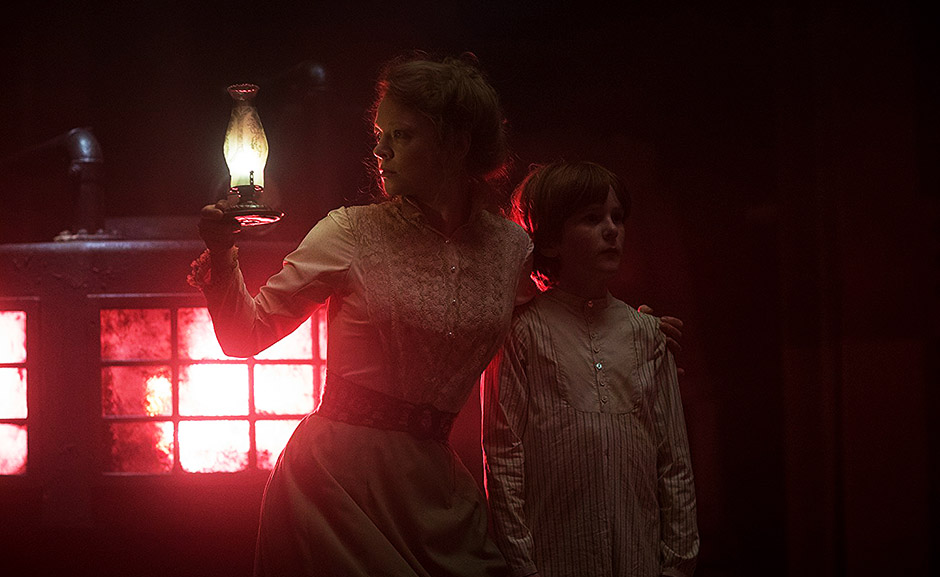 In a baffling, and seemingly superfluous scene, we meet Price in a drugged stupor in a brothel. The self-medicating consultant is given an equally puzzling back story where he has to find redemption for his own guilt – vis-à-vis his dead wife Ruby (Laura Brent). And it seems he finds it, so tediously, as it happens, in the Winchester House

Maybe, after Mirren’s reaction to the finished script, her role was decreased and Clarke’s extended as his fictitious ‘My Week with Sarah’ story takes over and you almost expect that Clarke will write about his ghost-busting venture in a memoir.

The continual building without a masterplan (as depicted in the film) did, in real life, result in the perfect setting for a haunted house and ghost story. In the house, stairs lead to nowhere, doors open into walls and servants need a map to find their way around. Rooms are boarded up, too, but apparently in real life this came after the 1906 Earthquake when Sarah moved her permanent residence to one of her many other properties. 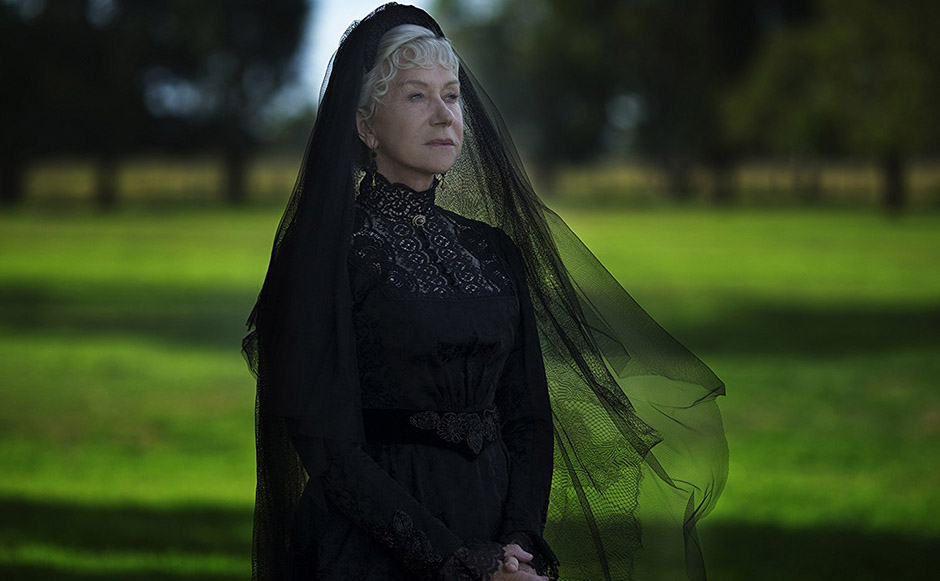 And there is apparently some truth to the story that the house was built to confuse the ghosts of victims killed by Winchester guns. In the film, Sarah believes that she can protect herself and her family from harm by boarding up the ghosts in their own rooms. One such ghost (Eamon Farren) the surviving son of a Confederate soldier shot by the Union’s superior Winchester arms, is hell-bent on revenge.

Oddly, for a ghost story, the brothers omit Sarah’s real life obsession with the number 13 (she left a will in 13 parts, signed 13 times), but every other horror movie cliché in the book finds its way into the film. Eyes turn white and blue, walls crumble, people are thrown against the walls, characters speak in an Exorcist voice, doors open and close and we are continuing jumping as a cupboard or door rattles and a face appears – only it is usually a friendly face entering through a disguised door.

With the increasing gun crime in the USA sparking debate that is instantly quashed by the powerful gun control lobby, there is a brilliant irony in the legend that Mrs Winchester suffered nightmares in which the revenging ghosts of victims killed by Winchester guns cohabited with her.

It’s a shame the Spierig brothers did not realise that their story did not need all this B-movie apparatus that you find in Scary Movie 2 or in a comedy like the awful 2003 movie, The Haunted Mansion. Instead of using the terrific true story to make a stylish psychological thriller or a classy social satire like Get Out, we have a film with diminishing returns, and it’s the audience who will want out.