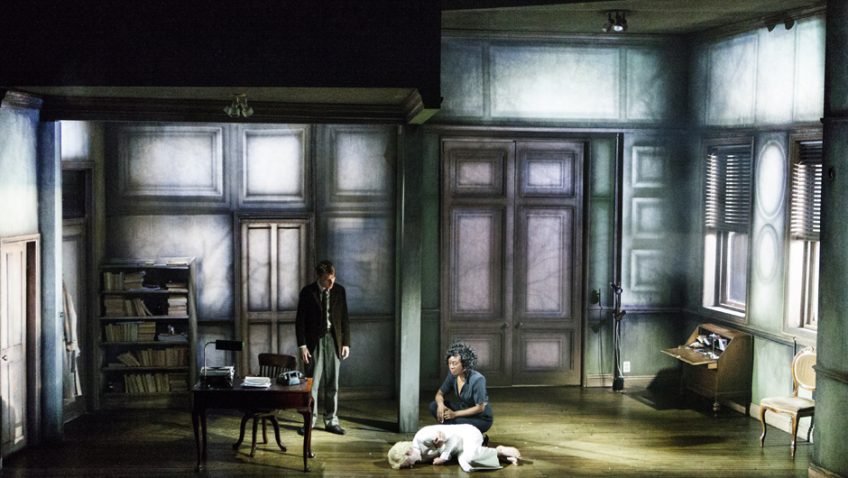 Paul Auster’s City of Glass is adapted for the stage

I entered an unusually darkened auditorium and remained in the dark for most of the performance. I was not alone in this.

There were, as the Narrator admits, many moments when the text was difficult to decipher.

Paul Auster’s highly acclaimed City of Glass, the first part of his New York Trilogy, published in 1985, was turned into a graphic novel by Paul Karasik and David Mazzucchelli in 1995. 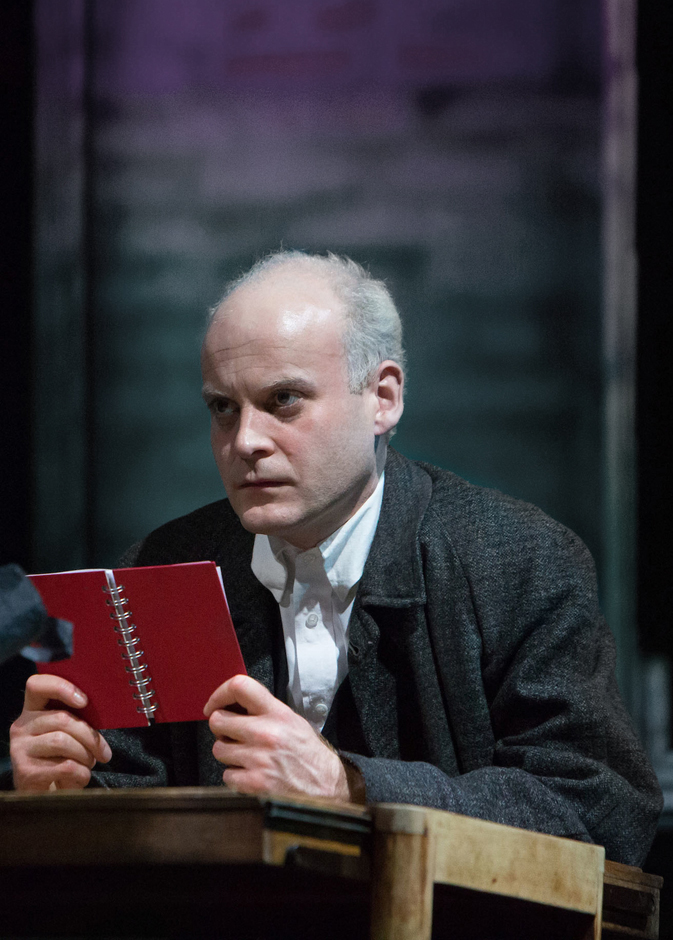 Jack Tarlton in City of Glass

Duncan Macmillan’s stage adaptation for 59 Productions draws on both books.

City of Glass is an existential classic cinema noir crime story, which turns out to be a search for identity and language. There are references to Don Quixote and the Tower of Babel

The novel, a mixture of fantasy and reality, is complex, disturbing and unpredictable. Characters exit and miraculously reappear.

Daniel Quinn, a reclusive detective writer, whose wife and child have died, receives a strange phone call, which results in him meeting Peter Stillman who wants protection from his sociopathic father. The writer turns detective and assumes the identity of Paul Auster.

The biggest laugh, in an evening of no laughs, comes right at the end when the Narrator says, “At this point the story grows obscure.”

Obscure is a deliberate ironic understatement.

What is impressive is the actual technical side of the production with its animated backdrops and video designs, which are 59 Productions’ speciality.

The major setting is a shabby two roomed apartment which transforms instantly into an upmarket apartment, a station waiting room and the busy streets of New York with its towering skyscrapers.

The disorientated hero loses his grip on reality and has a severe breakdown. He ends up stark naked

Mark Edel-Hunt and Chris New both play Quinn and sometimes at the same time. Jack Tarlton is particularly impressive as Stillman, playing both father and son.

The director, Leo Warner, the actors and the designers are totally in command of the material. But it is not enough. Paul Auster specialists will, no doubt, be all right; but I suspect the rest of the audienceare going to be completely lost for too much of the time.