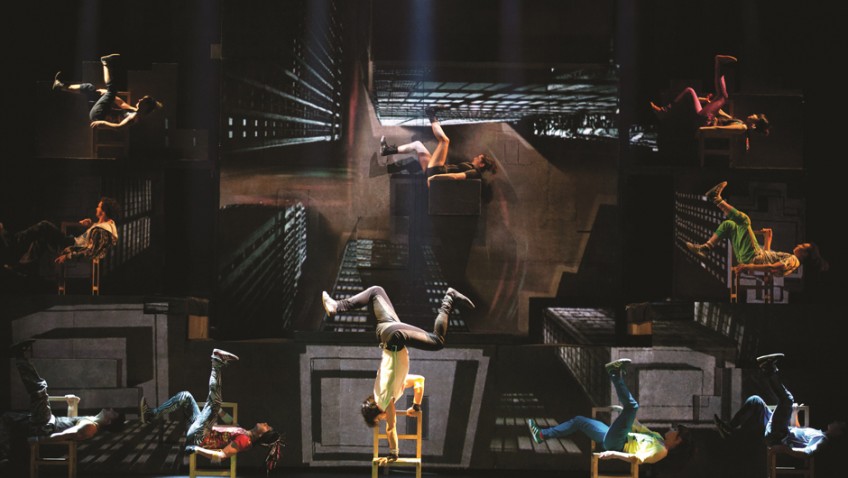 Circus used to mean acrobats, clowns and animals, but the animals have long since gone. You can see occasionally horses from the Vienna riding school. But you will never see an elephant in a tutu again.  Political correctness has forced the circus to reinvent itself. 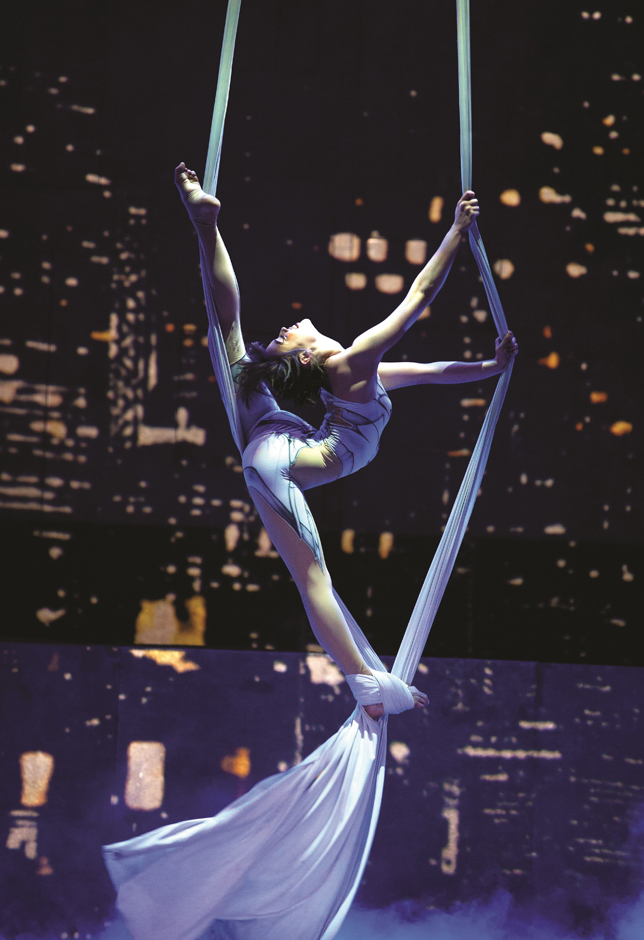 The company takes its name from a word which comes from the Magdalen Islands and means “flashes of heat lighting seen on the horizon.”

Their base is Quebec but the cast is international and includes a Mexican Cyr wheel spinner, a Spanish roller skater, a French trial biker, a Canadian Chinese pole gymnast and an American contortionist.

Jeannot Painchaud, president and artistic director of Cirque Eloize, has given their latest production an urban setting which is neither real, nor comic book, nor SF. It is the churning pre-recorded music and the dancers and the clothes which give the staging its grungy aggressive street mien.

The odd person out is the stylishly expert Canadian juggler with his tennis balls; and that’s because he is wearing a bright red suit and a straw hat.

A strong man piles seven chairs one on top of the other whilst standing on them until he reaches the flies. The biker does some dangerous moves and leaps over bodies and on to platforms in a manner which will worry Health and Safety.

There is a duet between an aerialist contortionist and a man on roller skates, constantly circling her, as she rises and falls, twisting and turning the long silk scarves round her body.

The company has a lot of fun with skipping ropes. In the finale the cast keeps falling off a high wall and keeps bouncing back and somersaulting. This they do with the aid of a hidden trampoline and also with the aid of a visible stunt wall and video projection.

Circus has had many changes over the centuries. In the good old Roman days you could see chariot racing, gladiatorial fights, wild animals being killed, public executions, sea battles fought to the death by convicted murderers in a flooded arena and, of course, Christians being eaten by lions.

But there was always the danger for the public of involuntary audience participation. Nero was quite liable to order members of the audience into the ring if they ran out of Christians.