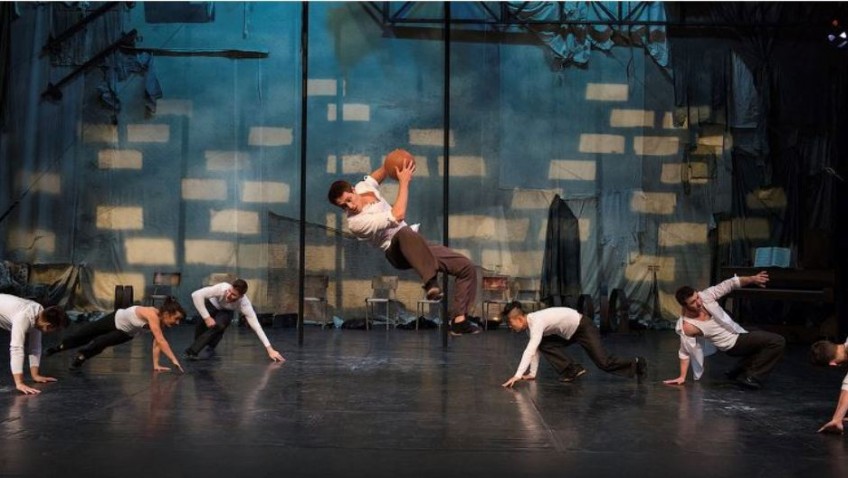 When people went to the circus in ancient times they were able to see chariot races, gladiatorial fights, sea-battles and Christians being eaten by lions. I have no doubt were these epic entertainments revived today they would be as popular as they were then.

The 7 Fingers is a French-Canadian circus company founded in 2002, based in Montreal, and whose aim is to bring a human scale to circus. Traces is one of their 8 touring shows.

There are six boys and one girl and they are in their twenties. They come from Canada, US, France, Australia and China. Their whole approach to the acrobatics and whatever they are doing is extremely casual; and deliberately so.

They leap, tumble, jump, spin, vault, somersault, slide up and down poles, and generally hurl themselves at and over each other.

They are a very friendly group, cute, sweet and liable to hug each other. They only pretend to be aggressive towards each other.  The humour is totally innocent and immature.

High spots include a man inside a Cyr wheel (a giant steel hoop) which spins like a coin; a Chinese juggler; diving through hoops stacked one on top of another; and some jaw-dropping feats on two Chinese poles.

Traces is for family audiences in search of undemanding entertainment.