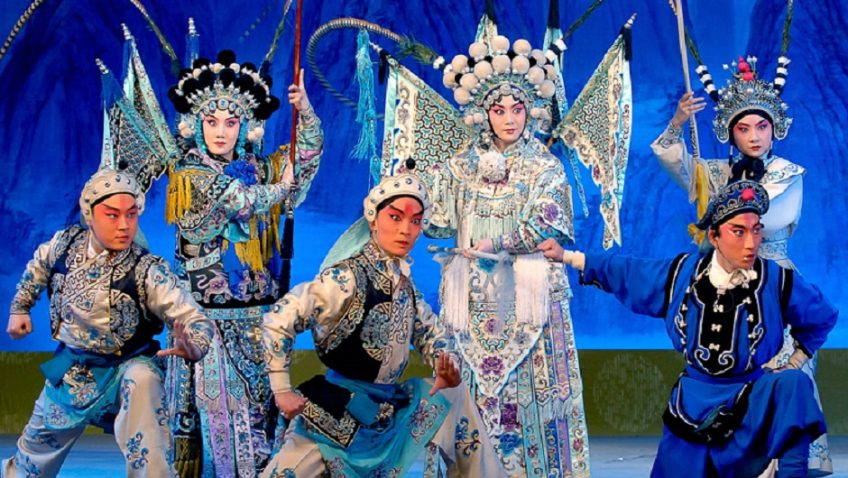 The Silk Road – a real spectacle of Chinese theatre

The UK Chinese community were in the theatre in large numbers for this production. Silk Road has been the People’s Republic of China’s cultural ambassador since 1979.

They have been round the world. This was their first visit to London and they were here for only three performances.

The Silk Road, which stretched for 4,000 miles, gets its name from the lucrative Chinese silk trade which was carried out along its length. The trade began during the Han Dynasty, which dates from 206 BC – 220 AD.

The show takes its inspiration from the Dunhuag murals in Gansu, a famous site for Buddhist art in North West China, and relies on spectacle, which richly and colourfully costumed, is often beautiful to look at it.

The actual story-line of a father searching for his kidnapped daughter is not sufficiently involving to be moving. The high spot is the opening sequence, the women all in glittering gold, arms, hands and elongated fingers, all outstretched.

There is nothing to equal these exquisite tableaux in the rest of the performance, except for a solo dance with enormous swirling ribbons.

The Silk Road is aimed at family audiences. What would be really exciting for those who love Chinese classical theatre would be for London to see some Peking Opera.