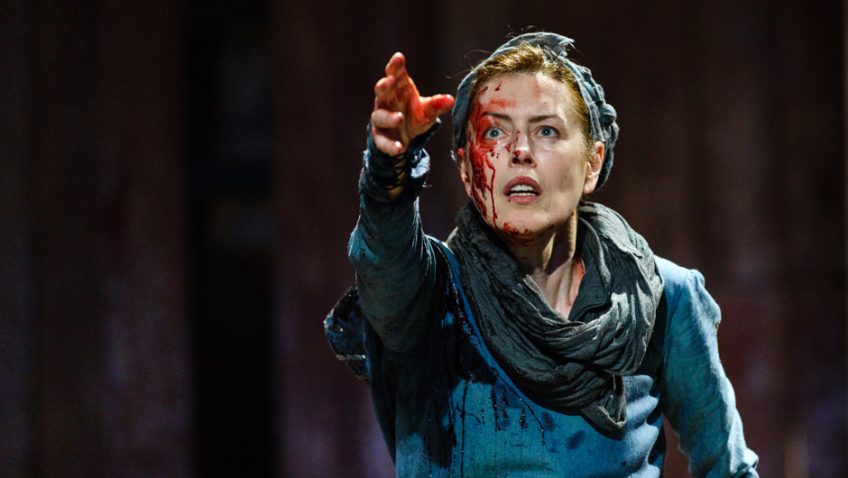 Boudica leads an uprising against the Romans

I have always thought it was Boadicca or was it Boudicea? I never could spell. The Celts called her Buddug.

Shakespeare’s Globe promises strong language, blood, sexual violence, graphic fight scenes and things not suitable for under the age of 14. There are no records about Boudica from the Briton’s point of view. Everything we know about her comes from the Romans, Tacitus and Cassius Dio, and they differ.

Boudica was Queen of the British Celtic Iceni tribe and she led an uprising against the Romans in AD60 to regain her inheritance. The Romans had flogged her and raped her daughters. In revenge, she burned Colchester, London and St Albans before she was defeated.

My idea of Boudica is Thomas Thorneycroft’s monumental bronze statue at Westminster Bridge, opposite the Houses of Parliament, which shows her riding into battle with chariot and horses.

William Cowper wrote an Ode to her. Alfred, Lord Tennyson wrote a poem about her. There have been a number of novels, films and documentaries on television. There have been no major plays since Beaumont and Fletcher in 1610.

There now is a modern play by Tristan Bernays, a mixture of history and myth, directed by Eleanor Rhode, with Gena McKee as the warrior Queen, and it’s “dedicated to women everywhere – now more than ever.”

A play about female power is certainly politically correct. Boudica’s daughters also tick the right boxes when it comes to a debate on fighting wars.

The problem is how to write an epic play for the stage when the subject matter is so much more suited to an epic action movie?

Bernays has decided to write in verse, pastiche Shakespeare, and throw in as many expletives as he can. It all sounds banal, naive, archaic and terribly unconvincing. I didn’t believe any of it.

Shakespeare’s Globe is committed to 50/50 male/female and 50/50 white/BAME actors.

What really excited the audience and had them screaming, however, was not the play nor the acting but the Rock music which opened the second act.