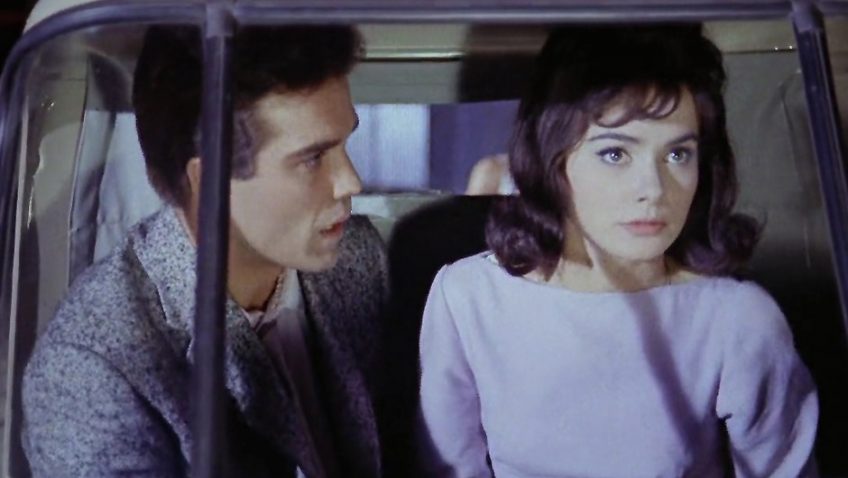 Boccaccio 70 ’ (Cult Films). Four short Italian films with four beautiful women, directed by four famous directors, make for a pleasant and undemanding lightweight entertainment. The Temptation of Dr Antonio, directed by Federico Fellini, has Anita Ekberg’s image on a 100-foot billboard, an advert selling milk (and her cleavage!). A Roman puritan (Peppino De Filippo) is outraged and wants it removed. The Job, directed by Luchino Visconti, has a wife (Romy Schneider) discovering her philandering husband (Tomas Milian) has spent a fortune on prostitutes and deciding she is going to make him pay for sex with her. The Raffle, directed by Vittorio de Sica, has a shooting gallery assistant (Sophia Loren) ruffling her favours. A timid sacristan (Alfio Vita) wins. Renzo and Luciana, directed by Mario Monicelli, has a working class couple (Marisa Solinas and Germano Gilioli) having to hide they are married and she is pregnant for fear of being sacked.

Daughters Of The Dust (BF!). African-American director Julie Dash had a big success in 1991 with her lyrical avant garde celebration of blackness, culture and folklore. The Gullah community are children of those who chose to survive. Their ancestors were African slaves and they arrived on the South Caroline Sea Islands in chains. Beautifully photographed, the choreographed images are a constant poetic delight. The film is set in 1902 when the community has decided to leave the islands and head for the mainland in the high hopes for a better life. The film stops at their departure. You long to know how these elegant women in white linen fared in the 20th century.

Moulin Rouge (Network). A major British silent film is directed with imaginative detail by Ewald André Dupont. A young aristocrat (Jean Bradin), engaged to a young lady, falls in love with her mother (Olga Tschechowa), a popular dancing star at the Moulin Rouge The story is set in 1929. Dupont successfully recreates the theatrical atmosphere on stage, backstage and in the auditorium. The dance spectacle is frenetic kitsch. Dupont is great with crowds and faces. The acting is remarkably understated until the melodramatic climax.