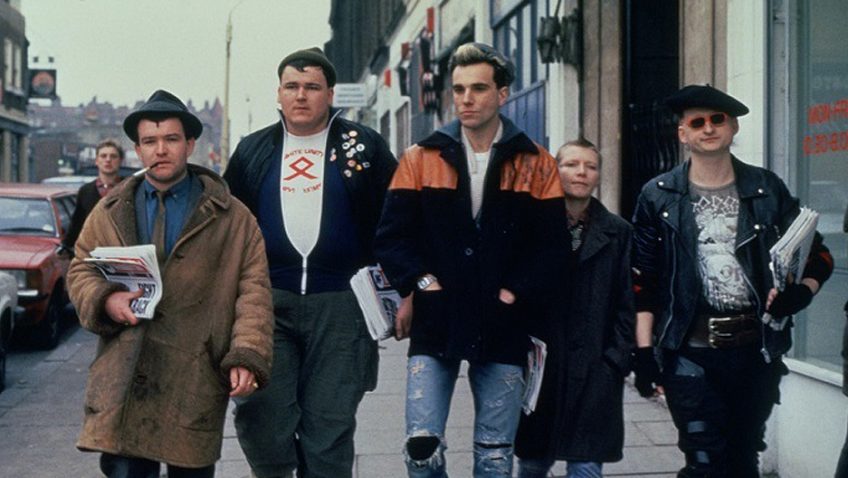 My Beautiful Laundrette (BFI). Daniel Day-Lewis has announced his retirement. This is the film which made his name in 1985. He played a punk, ex-National Front lad with peroxide quiff, who is loved by a Pakistani (Gordon Warnecke, very good, too) and together they transform a local laundrette. Stephen Frears’ off-beat and insightful film, made for television, shot on location in London, is about race relations and economics in Thatcher’s Britain and was an unexpectedly huge success. Pakistanis, though they come out top in the film, were not too happy about the portrait of them as alcoholics, greedy entrepreneurs and homosexuals. The cast included Saeed Jaffrey and Roshan Seth and they relish Hanif Kureishi’s witty screenplay.

The Finest (Lionsgate). It’s 1940 and Britain is at war. The Ministry of Information wants a propaganda film to raise morale. They want something authentic and optimistic, a story about Dunkirk, which must include an American so it can be shown in the USA. Gemma Arterton and Sam Claflin are cast as the screenwriters and they provide the romance. Bill Nighy is an old passé actor and he provides the ham. Jeremy Irons recites Henry V’s most patriotic speech. What spoils the film is that the actual propaganda film they are making is so badly acted as to be just silly.

The Sense Of An Ending (StudioCanal). Jim Broadbent plays an elderly divorcé who recalls his youth (played by Billy Howle). He did something unforgivable when he learned the girl he loved (and who had kept him at bay) was having an affair with his best friend. Broadbent is perfect in that he makes an unsympathetic curmudgeon sympathetic without playing for sympathy; but the film, an adaptation of Julian Barnes’s Booker-winner novel, worthy though it is, is never as compelling as you feel it is going to be. It finally lacks emotional clout, despite a supporting cast which includes Charlotte Rampling, Harriet Walter, Michelle Dockery and Emily Mortimer.

Yesterday, Today And Tomorrow (Cult Films). This Italian film was amazingly voted Best Foreign Film in 1963. It offers three very slight stories acted by Sophia Loren and Marcello Mastroianni and directed by Vittorio De Sica. 1. Neapolitan working class mother has to be pregnant if she is not to go to prison. Her husband is exhausted. 2. Wealthy Milanese woman takes her lover for a long drive (literally) in her sports car. 3. Roman prostitute resists the temptation to seduce an all-too-willing young man training for the priesthood and who hasn’t taken his vows yet.

The Mourning Forest (Eureka) is a Japanese film, written and directed by Naomi Kawase, about life and death, loneliness and grief, which won the Grand Prix at Cannes in 2007. How do you live when you are on your own? The answer is there are no rules. A senile old man (Shigeki Uda), living in a retirement home, has waited 33 years to join his dead wife. “Why am I alive and she is dead?” he keeps asking. On a birthday outing, the car lands in a ditch and he, pursued by his young carer (Machiko Ono), runs deeper and deeper into the forest. Sincere, slow moving, it feels incomplete, as if something is missing, and the potential drama provided by a frightening waterfall is not developed at all.