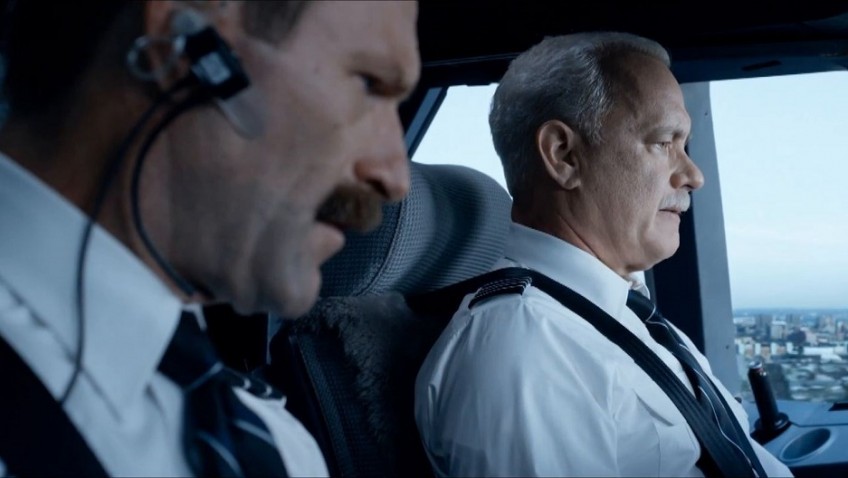 Sully: Miracle on the Hudson (Warner Home Entertainment). Brace for impact. Head down. Stay down. A disaster movie, directed by the 86-year-old Clint Eastwood, is acted for real and without any histrionics whatsover. A veteran pilot lands a plane on the icy Hudson River in 2009 when a flock of geese destroy the jet’s two engines. Nobody dies. The film is a sober and understated reconstruction of the forced landing, rescue, investigation and a tribute to the calm courage of Chesley “Sully” Sullenberger. He was a hero to the nation, but his career and reputation, nevertheless, were on line when the Safety Committee tried to prove that he had made the wrong decision and endangered lives. Tom Hanks has the authority and gravitas for the lead role.

The Innocent (Cult Films). Luchino Visconti’s last film, a classy emotional drama, shot when he was paralysed and in a wheelchair, is a stately, plush upholstered adaption of an 1892 novel by Gabriele D’Annunzio. Viscont died just before it was released in 1976. A philandering egotistical aristocrat (Giancarlo Giannini) cheats openly on his wife (Laura Antonelli) whom he treats as if she was his sister. She cheats on him secretly and when she becomes pregnant she refuses an abortion. She is a Catholic. Seething with jealousy, he takes a long look at his rival’s accoutrement when they shower together following a fencing bout. He would actually prefer his superbly costumed wife to be his voluptuously naked mistress.

Letter to Brezhnev (BFI) is set in Liverpool in 1980 during the Cold War era. This bitter-sweet romantic comedy, written by Frank Clarke and directed by Chris Bernard on a very low budget, was unexpectedly successful. Two working class girls from Kirby, leading humdrum lives, pick up a couple of Russian sailors. One couple (Margi Clarke and Alfred Molina) stay in bed and have sex. The other couple (Alexandra Pigg and Peter Firth) prefer to talk and sightsee. They fall in love and she wants to join him in Russia. Her parents and the Home Office are dead against it, arguing that she will be worse off in Russia than she will be in Liverpool. But will she be worse off?

Umberto D (Cult Films). Popular with foreign critics, Vittorio de Sica’s social critique was a box-office failure despite its faux Chaplinesque sentimental finish. By 1952 Italian cinemagoers were fed up with the drabness of neo-realism and wanted glamour on the screen. The Ministry of Interior condemned it for its unflattering portrait of Italian society. A retired civil servant (Carlo Battisti) cannot pay his rent and is threatened with eviction by his landlady. Having nobody to turn to, but his cute mongrel, his thoughts turn to begging and suicide. Neo-realism was a social, moral and political philosophy. The film was a sincere plea for charity and better pensions.

The Drunken Master (Eureka) is the Woo-Ping Yuen slapstick Kung Fu film which made the very agile Jackie Chan an international star in 1978. He is cast as an immature youth who studies martial arts under a grand master (Siu Tin Yuen). It’s what he calls “a healthy action movie.” Nobody gets killed. The acrobatic choreography is complex and dangerous. The training sequences to master the technique are as ingenious as they are arduous. The leaps, summersaults, the slaps and double-kicks to face and chest, the wielding of bamboo canes and swords, are shot in long virtuoso single takes. The skill and timing are there for all to see. The handsome villain is actor and martial artist Hwang Jang Lee.