Home / NEWS / Could the English be more passionate about their patron saint? 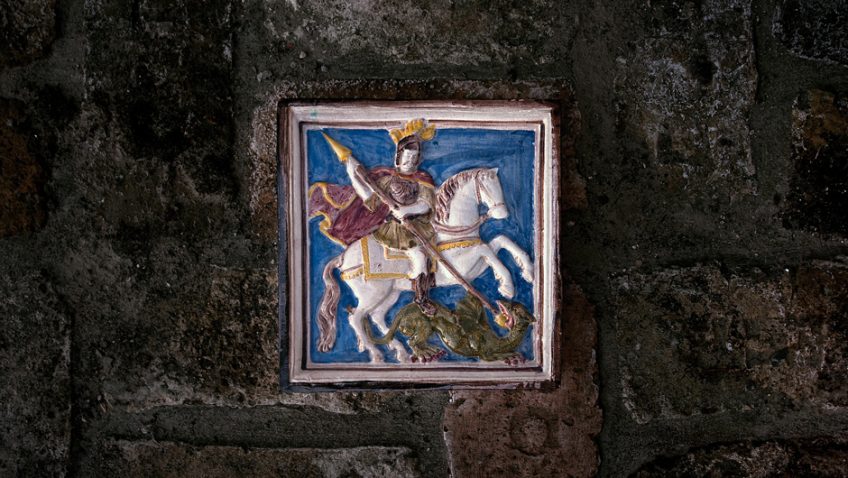 Could the English be more passionate about their patron saint?

How many English people actually remember when their National Saints Day is? Probably less than those who celebrate St David’s Day, or St Patricks Day. Is this because we are not proud of our Englishness, or that we are happier than other nations to be British and not just English.

Whatever the reasons the facts about St Georges Day are historically interesting. According to legend, he was a soldier in the Roman army who killed a dragon and saved a princess. It is the anniversary of his death, which is on April 23, and is seen as England’s national day. St George was born sometime around the year 280 in what is now Turkey. He was a soldier and rose up through the ranks of the Roman army, eventually becoming a personal guard to the Emperor Diocletian. He was executed for being a Christian on 23 April 303, and is buried in the town of Lod in Israel.

St George is most widely known for slaying a dragon. According to legend, the only well in the town of Silene was guarded by a dragon. In order to get water, the inhabitants of the town had to offer a human sacrifice every day to the dragon.

The person to be sacrificed was chosen by lots. On the day that St George was visiting, a princess had been selected to be sacrificed. However, he killed the dragon, saved the princess and gave the people of Silene access to water. In gratitude, they converted to Christianity. It is thought that the dragon represents a certain type of pagan belief that included the sacrifice of human beings.

Saint George never visited the British Isles in his lifetime, but during the Middle Ages he became revered by the English and according to legend fought on their side in the Crusades and the Hundred Years’ War.

Certain English soldiers displayed the pennon of St George. In his play Henry V, William Shakespeare famously invokes the Saint at Harfleur prior to the battle of Agincourt (1415): “Follow your spirit, and upon this charge cry ‘God for Harry, England, and Saint George!’” At Agincourt many believed they saw him fighting on the English side.

St George’s Day was once celebrated as widely as Christmas. But the celebrations waned by the end of the 18th century after England had united with Scotland on May 1, 1707. In recent times, there has been a push, involving campaigns and petitions, to make the day a public holiday in England.

The most widely recognised symbol of St George’s Day is the St George’s cross. This is a red cross on a white background, which is often displayed as a flag. It is used as England’s national flag, forming part of the Union Flag, the national flag of the United Kingdom of Great Britain and Northern Ireland.

Now Saint George’s cross is used as a national symbol by fans of the English national football, rugby and cricket teams. At international matches, flags and scarves bearing this cross are worn and people paint it on their faces.

In recent years the popularity of St George’s Day appears to have been gradually increasing, with campaigns to encourage its celebration.

Today St George’s day may be celebrated with anything English from Morris dancing to a Punch and Judy show.

St George is the patron saint of a number of other places, such as Bulgaria, Ethiopia, Georgia, Greece, Portugal and Russia, but I still think we should celebrate a national day for the English just to compare with Scotland, Wales and Ireland.