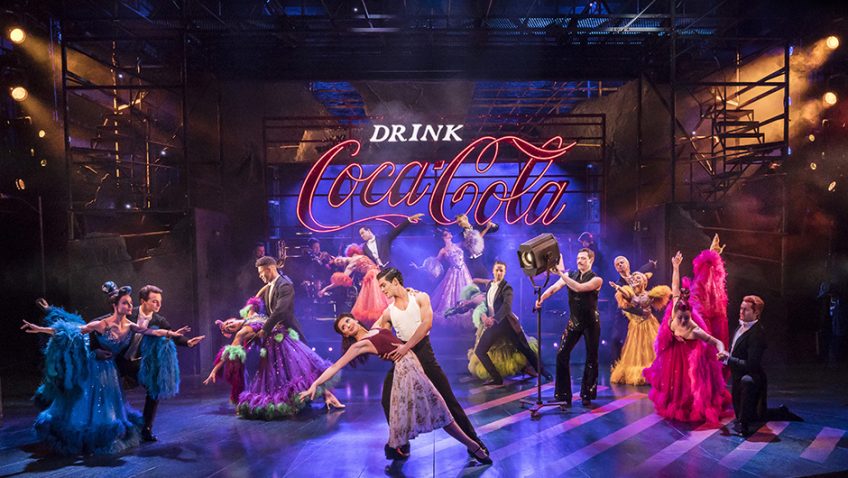 The paso doble is the high point

Strictly Ballroom was first a stage play lasting 30 minutes; and then it was a play lasting 50 minutes before it was shaped into a film.

Baz Luhrmann had big success with film in 1992 and not only in Australia but also worldwide.

The film, a satire on competitive ballroom dancing, was bright and breezy, romantic and sentimental, corny and full of camp caricatures. Critics and public raved about its exuberance. 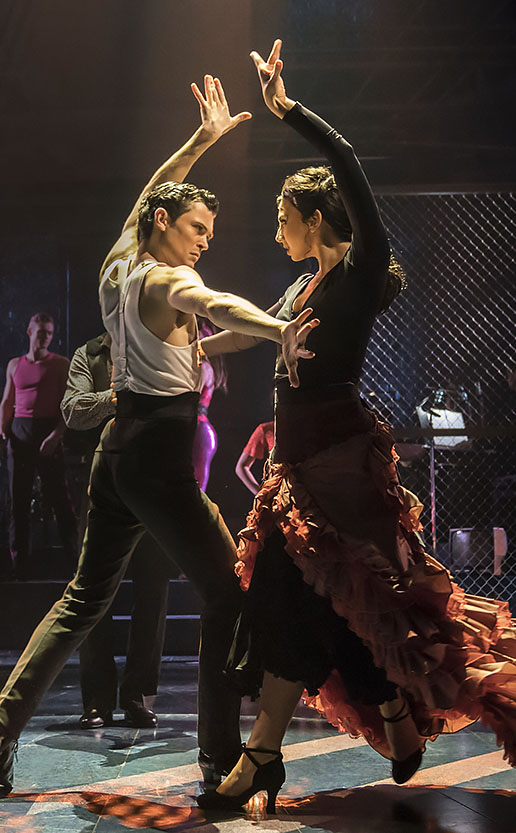 It became a stage musical in Australia in 2014. The fairy tale script is by Luhrmann and Craig Pearce.

A young man (Jonny Labey) has wanted to be a champion dancer ever since he was a little boy. He wants to do his own steps; but this is not allowed. The competition is strictly ballroom.

His dancing partner and his awful mother have hysterics when he deliberately throws away his chances of winning the competition by introducing his own choreography.

He finds another partner (Zizi Strallen), an ugly duckling, who has limited talent, but she does have a Spanish father (Fernando Mira) who can teach him the paso doble.

The show is directed and choreographed by Drew McOnie, who had a try out at West Yorkshire Playhouse last year.

It was seeing Baz Luhrmann’s film when he was a young dancer that inspired McOnie and made him the exciting choreographer he is today.

McOnie has done a lot of good work in the theatre. I particularly liked his Jekyll and Hyde, which he staged at the Old Vic. It was indeed largely because he was choreographing the show that I had looked forward to seeing Strictly Ballroom.

The high point for me is Fernado Mira’s dazzling footwork, the drumming heels on the same spot and at incredible speed. His solo leads directly into the Habanera, which shows McOnie at his best and gives the whole show a tremendous lift just before the interval.

Jonny Labey (last seen in Eastenders and on TV in Dance Dance Dance) and Zizi Strallen are personable in the leading roles. They avoid caricature – unlike the rest of the cast.

Strictly Ballroom The musical outrageously asks for and gets a standing ovation. The audience quite clearly was not as disappointed as I was.