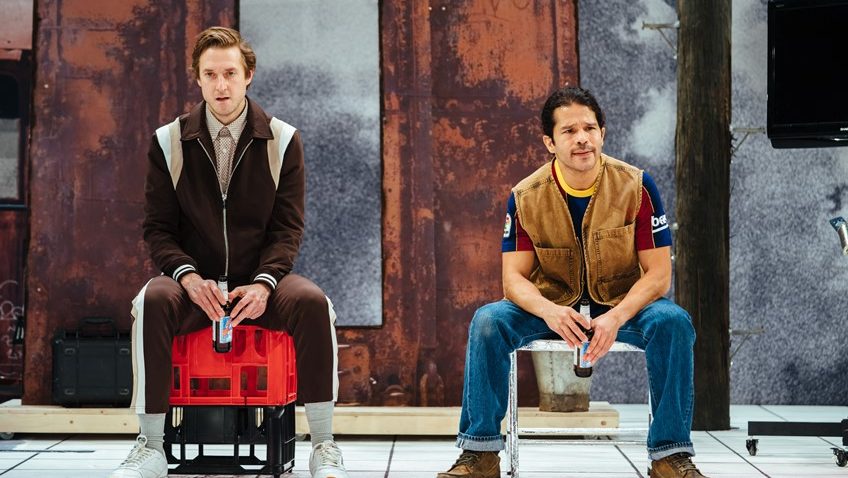 Al Smith’s comedy is about many things: mental health, climate change, big business and the ownership of land, the pollution of the environment and the damage inflicted by powerful technical industries.

We are all agreed that the health of the climate must be affordable to everyone. There are lots of people who want to save the planet and get rich.

The action is set in South America in a salt flat in Bolivia. A member of the Indigenous community (Carlo Alban) is sitting on one of the most valuable substances on earth. 70 per cent of the world’s lithium is underneath that salt flat. He has a 12-year-old daughter who is dying of blood cancer which is caused by the lithium.

Lots of people want the chemical element. There’s bargaining, cheating, double-crossing and even threats of cutting payrolls. The rich have the power and the pressure. The ethics could not be dodgier. Business is business, after all.

There are lies, blackmail, bribe, fraud. Name your price. Academics, like anybody else, can be corrupted and in this case be bought to rewrite history.

Whose self-interest is being served most? There’s a doctor (Genevieve O’Reilly), a director of National Institute for Mental Research who wants the lithium for medicinal purposes. There’s a billionaire CEO (Arthur Darvill) and he wants it for his electric motor car industry. There’s a local politician (Jayne Griffiths) who has ambitions to be president and she too wants to mine, process, sale and get rich.

Hamish Pirie’s lively and entertaining production goes on for over three hours and could do with some editing. The cast, which also includes Marcello Cruz and Ian Porter, is excellent.

Arthur Darvill’s CEO, with a big, BIG ego, is a caricature all those people with money who can be whoever they want to be and do whatever they want. Darvill is very funny and brings a lot of energy to the play.

In view of the controversy, which hit the Royal Court Theatre during rehearsal and was reported in the newspapers, I should point out there is nothing at all about Al Smith’s cynical play or the main character which he has created, that could be considered anti-Semitic. The CEO’s Jewish-sounding surname which offended many people has been changed.