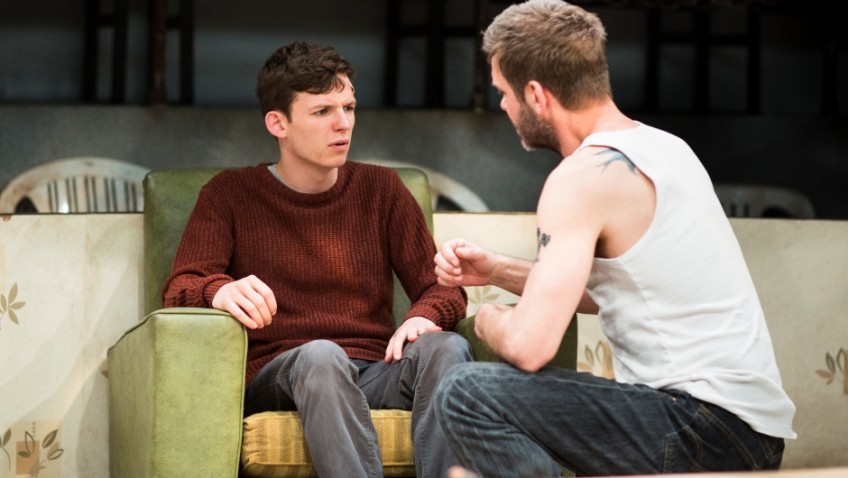 Liam is 17 and taking his “A” levels. He is a nerd and obsessed with Dr No and goes to conventions, dressing up in character. His mother has recently died and he is living with his dad.

Dad deserted Liam’s mother when she became pregnant and gave her money to abort him. Dad drinks too much and is liable to be violent – hence his nickname, Vile, short for violence.

Dad is, in fact, the sort of bloke who is quite capable of beating up a badly behaved teenager with learning difficulties and thinking he did the right thing.

Liam has a girlfriend, a year older than him. Dad urges him to have sex with her. Liam is not the sort of bloke to force himself on anybody and certainly would never condone violence.

I shall say no more. If Gary Owen calls his play Violence and Son and the Jerwood Theatre Upstairs at the Royal Court has been converted into a miniature bull-ring, you will have a pretty good idea how things might turn out

Hamish Pirie directs a first-rate cast.  Jason Hughes and David Moorst as father and son are especially good. They get the tension exactly right and there is a great scene when dad is in total denial over something the audience has just witnessed.