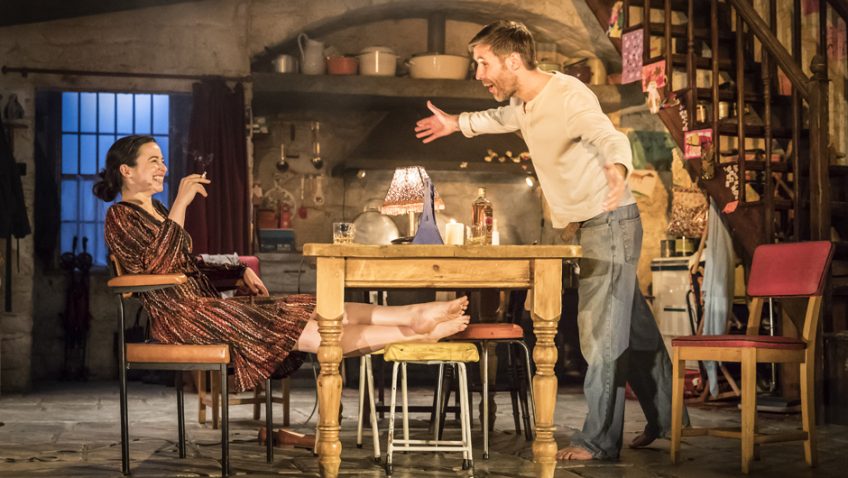 The moment the Royal Court announced they were staging Jez Butterworth’s latest play, the whole season was sold out and a West End transfer guaranteed even before it had opened.

But then Butterworth had had a huge success with Jerusalem in London and New York with Mark Rylance in the lead. 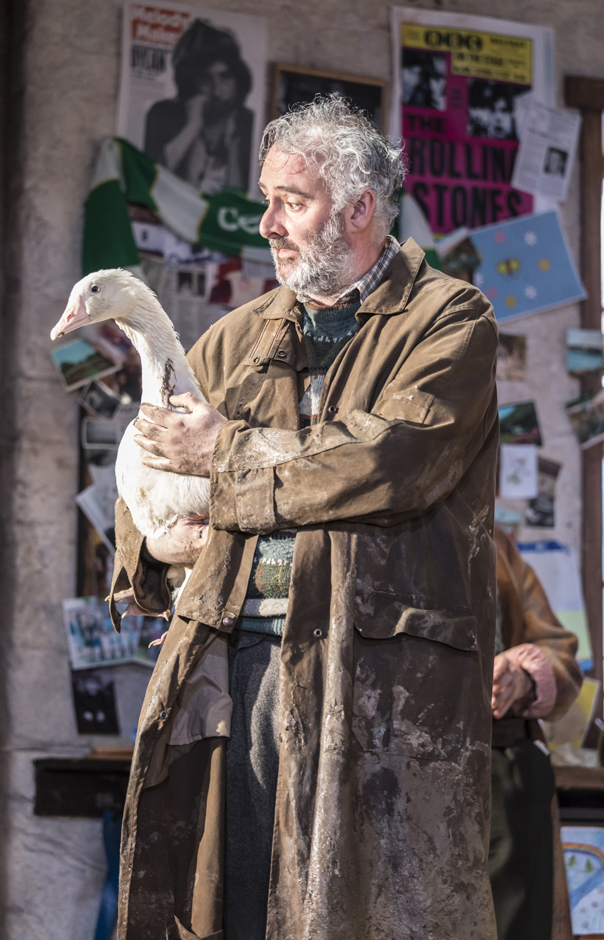 John Hodgkinson in The Ferryman

The Ferryman is set on a farm in rural Armagh in Northern Ireland in 1981, the year the hunger strikers died.

The play opens with the announcement that a man, who has been missing these last ten years, has been found dead, shot in the head by the IRA, his body preserved in a bog. His wife (Laura Donnelly) and young son have been cared for by his brother.

Paddy Considine, making his stage debut, plays the brother, a former IRA activist who defected ten years ago and is married to a hypochondriac (Genevieve O’Reilly). He is secretly in love with his sister-in-law and she, equally secretly, is in love with him.

Sam Mendes directs a large cast extremely well and the cast includes an amazing amount of young children, plus a baby, a goose and a rabbit.

Des McAleer is charming as the uncle who recalls Virgil’s story of the unburied lost souls, who are not allowed to cross the River Styx in Charon’s boat.

John Hodgkinson Is a not very bright old Englishman who gauchely and poignantly proposes marriage, one of the play’s high spots.

Stuart Graham is a member of the IRA making overtures and threats. Tom Glynn-Carney is an arrogant youth. Gerard Horan is a Catholic priest who will most certainly be going to hell.

Butterworth has written a powerful play which is strongly recommended. The Ferryman lasts three hours plus 15 minute interval. I suspect there will be cuts before it transfers to the West End and the Gielgud Theatre.