Home / SLIDER / Leonora Carrington had an affair with Max Ernest 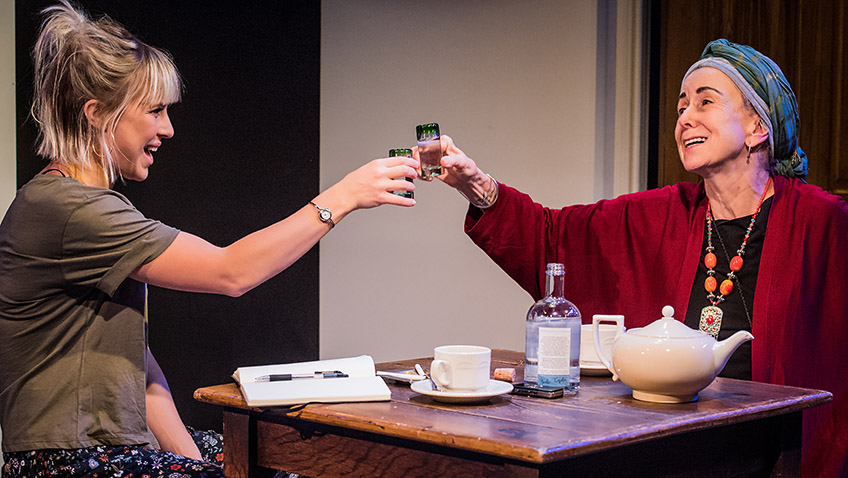 Leonora Carrington had an affair with Max Ernest

Leo is Leonora Carrington (1917-2011), the English born Mexican artist, surrealist, painter and novelist, who lived for most of her life in Mexico City, where she was considered one of the great Mexican artists. Her work was largely ignored in the UK until a retrospective exhibition at Tate Liverpool three years ago.

She had an affair with Max Ernst in Paris from 1937 to 1939. He was married and twice her age. Her father, a nouveau riche Lancashire textile manufacturer, did not approve and disowned her. 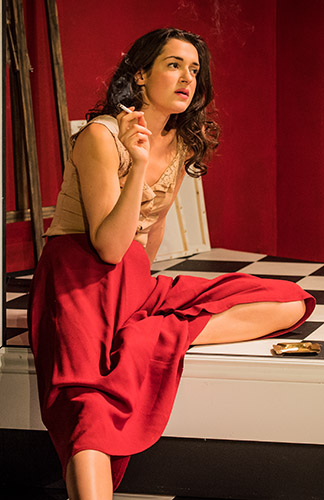 Phoebe Pryce in About Leo

She exhibited with the Surrealists in the Paris exhibition in 1938, alongside Salvador Dali, Marcel Duchamp, Max Ernst, Man Ray etc.

When Ernst was arrested by the Nazis she suffered a nervous breakdown and was incarcerated in a sanatorium/asylum. Her anguish and horror can be seen in many of her paintings. She was rescued by a Mexican diplomat and taken to Mexico.

Carrington did not want to be anybody’s muse. She wanted to be an artist in her own right. She rejected the Surrealist ideal of woman as a source of creative energy and turned to the animal world, the occult, and Celtic myth for her inspiration.

Carrington was a founding member of the Women’s Liberation Movement in Mexico in the 1970’s.

Alice Alemano has a feminist agenda and identifies with Carrington. She says she wrote About Leo because she wanted to “address the imbalance of our artistic heritage and to hear our current female voices.”

The play opens with a young English journalist (Eleanor Wyld) arriving in Mexico City hoping to interview Carrington (Susan Tracy) and publish the interview to coincide with an exhibition of Max Ernst’s work.

About Leo works best in the interview mainly because the older Carrington and the journalist are so much more interesting than the younger Carrington (Phoebe Pryce) and Max Ernst (Nigel Whitmey) are in the flashbacks. Their dialogue is heavier and their scenes drag.

Michael Oakley’s production makes only the briefest visual reference to Carrington’s fantastic hybrid creatures which are such a feature of her extraordinary, unique, hallucinatory, ghostly world. “There are things that are not sayable,” she said. “That’s why we have art.”

I had looked at some of Carrington paintings on the internet before I saw Alemano’s play. Watching Susan Tracy and Eleanor Wyld’s lively performances made me want to know more about her. So when I got home I watched “Leonora Carrington, The Lost Surrealist,” a documentary on YouTube.