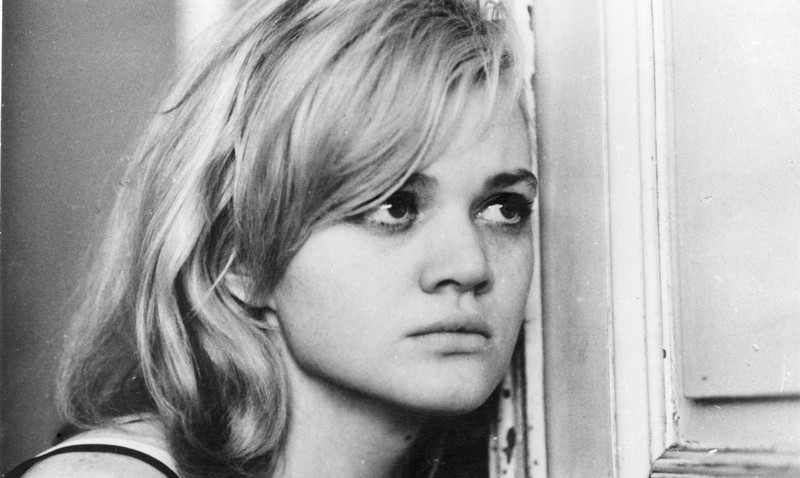 A BLONDE IN LOVE (Second Run). Life in Communist Czechoslovakia in the 1960s wasn’t much fun; and life in Zruc, a provincial town, was particularly bleak. There were 20,000 factory girls and not enough boys to go round. (The ratio was 16 to 1.) The factory’s social director imports a busload of soldiers but they turn out to be unattractive, middle-aged reservists. The soulless dance hall where they all meet is utterly unromantic. A young girl loses her virginity with a young pianist. Naively she thinks he will be pleased to see her when she turns up unannounced at his parent’s home in Prague. The film, mixing professional and non-actors and relying on improvisation, was enormously popular in its day. Extremely pertinent, politically and socially, it is essentially sad; and yet, such is Miloš Forman’s skill, there is much to amuse in its gentle humour..

THE JUNGLE BOOK (Disney). Rudyard Kipling is revisited by Walt Disney. Warning, unlike the original jolly 1967 cartoon, this computer generated remake, with a real live boy, is definitely not for very young children. The jungle and the animals have a far greater reality. The film is often scary. Mowgli, the man cub, brought up by wolves, has some amazing escapes from a vicious tiger (voiced by Idris Elba) who wants to kill him. Director Jon Favreau keeps up the excitement with buffalo stampedes, landslides, cliff-scaling and the wholesale destruction of a deserted ruin, a monkey temple. The adventure is as epic as any action movie and visually always amazing. Ben Kingsley voices the wise black panther and everybody is going to love the lugubrious bear (voiced by the endearing Bill Murray).

STALKER (Artificial Eye). Russian director Andrei Tarkovsky’s gloomy and turgid post-apocalyptic 1979 sermon on the meaning of life is anti-Communist and anti-religion. There is no faith and there is no freedom. The Stalker (Alekjandr Kajdanovsky, excellent) accompanies a Professor and a Writer on a spiritual/nihilistic journey to the Zone. There’s no going back and things change by the minute. The Zone is full of deadly traps. Will prayers be answered? The urbanscapes and landscapes, observed in all their devastation and desolation, are often impressive, but the philosophising can be really hard-going.

SID AND NANCY (StudioCanal). Alex Cox’s 1986 biography has quite a reputation. Sid is Sid Vicious, rock singer of the Sex Pistols. Nancy is Nancy Spungen, an American junkie. It was she who turned him into a drug addict. The film begins in London’s underbelly and ends I n New York’s Hotel Chelsea. Gary Oldham and Chloe Webb are totally convincing. The film launched Oldham’s film career. Alex Cox’s mixture of reality and fantasy has flair but the love-affair, relentless in its screeching self-destruction and degradation, is not pleasant to watch. Nancy died in 1978. Sid was accused of her murder. But did he kill her? He died in 1979 before he could be tried.