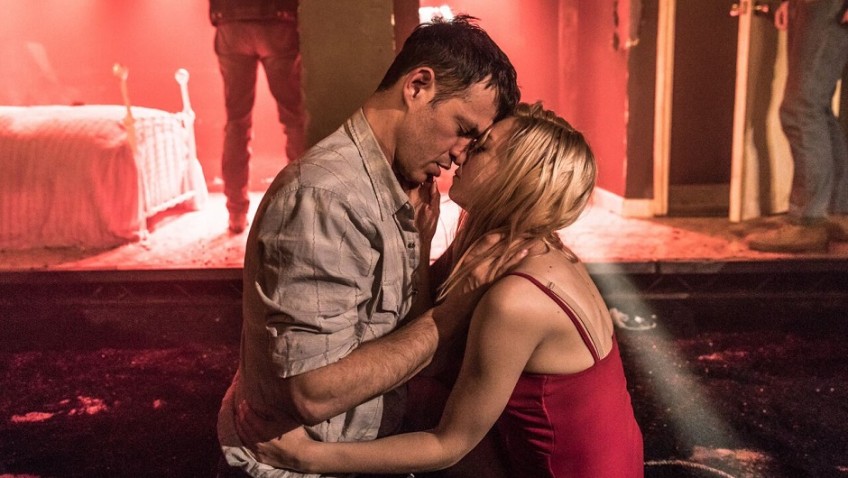 The prolific American playwright Sam Shepard, who writes plays about violence and dysfunctional families in America, has described Fool for Love as very emotional and, in some ways, embarrassing. It was written in 1982 shortly after his marriage broke up.

Eddie (Adam Rothenberg), a cowboy stuntman, travels 2,408 miles to see May (Lydia Wilson), who lives in a grubby motel room on the edge of the Mojave Desert.

May is not impressed because she knows Eddie will walk out on her because he always does. Their 15-year stop-start love-hate relationship began when they were fooling around at high school.

Falling in love has always been hell; and even more so when they discover, after they have had sex together, that they are half-brother and half-sister. They have the same dad but different mothers.

Lasting 75 minutes and acted without a break, Fool for Love can, when it is well done, be an exciting, if exhausting, play for actors and audience alike.

At its London premiere in 1984 at the National Theatre Julie Walters and Ian Charleson played the leading roles and gave big emphatic physical performances.

And for it to succeed now, it needs a much better production, and far better and more exciting acting and also a much larger space than Found 111 can provide. The actors can’t let rip.

The slamming of doors, for instance, which punctuates the action throughout, needs a sound which is so much more than just a door slamming.

The actor, who understands Shepard best, is Joe McGann as the bigamous dad, a ghost of an old man.

The good news is that a major American revival of Sam Shepard’s best play, Buried Alive, is about to open in the West End.