Home / LIFESTYLE / REVIEWS > / DVD REVIEWS / “People may say I can’t sing, but no one can say I didn’t sing.” said Florence Foster Jenkins 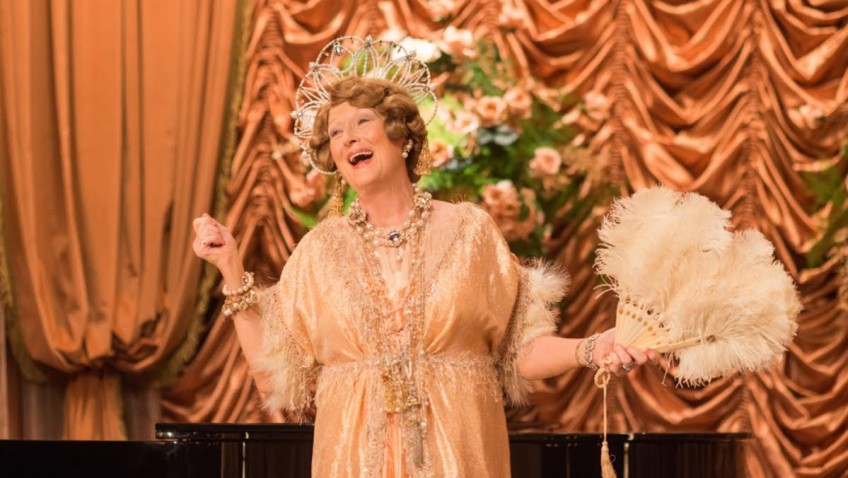 “People may say I can’t sing, but no one can say I didn’t sing.” said Florence Foster Jenkins

Her repertoire included Mozart’s Queen of the Night from The Magic Flute and Strauss’s laughing song from Die Fledermaus. She changed her costume after each aria and sounded like a squawking bird.

Florence was tone-deaf and sang off-key in four languages. It was preposterous, absurd, cringe-ma king. The audience laughed and cheered.

Five days later she had a heart-attack. A month later she was dead. She was 76.

Music was Florence’s life. She did not know how bad she was. What she heard inside her head and what the audience heard were two different things.

Some people thought she was in on the joke. Her pianist swore she was totally sincere. She genuinely believed that she was a great singer.

Meryl Streep’s virtuoso performance is both funny and sad. The bad singing is hilarious; but per portrayal of a fragile, pathetic and deluded woman, is touching and heartbreaking.

Hugh Grant is her devoted, tender, loving husband who protects her from her mockers. Grant, looking older these days, hasn’t acted better for a long time.

Comedy actor Simon Helberg, who stars in The Big Bang Theory, can actually play the piano to concert standard. He is well cast as Florence’s aghast, nervous, loyal and extremely well-paid accompanist. Helberg has the perfect comic face. He all but steals the film.

You may be surprised to learn that the scenes which take place in New York streets were actually shot in Liverpool.

Don’t forget to click the links to purchase your own copy of the DVD, and click here to have a look at Robert Tanitch’s other reviews with Mature Times!